Bangladeshi officials will advance their ability through Japanese scholarship

Based on this agreement between the two counties, ICHIGUCHI Tomohide, Chief Representative of JICA Bangladesh Office and Ms. Sharifa Khan signed a relevant Grant Agreement.

“The development of human resources is essential for the future sustainable development of Bangladesh. In this regard, I would like to emphasize that JDS has been playing and will play a vital role for the empowerment of civil service for the nation’s development,” said Ambassador ITO at the signing ceremony.

Given the importance of the country, the annual number of Bangladesh JDS awardees have been increased significantly during the past few years.

As of 2021, Bangladesh is ranked as the third biggest among the 19 JDS participant countries.

This year, 33 new JDS fellows have been dispatched to eight universities (Tsukuba, Kobe, Hiroshima, Yamaguchi, Keio, Meiji, Rikkyo, and International University of Japan), said a press release of the Embassy of Japan in Dhaka. 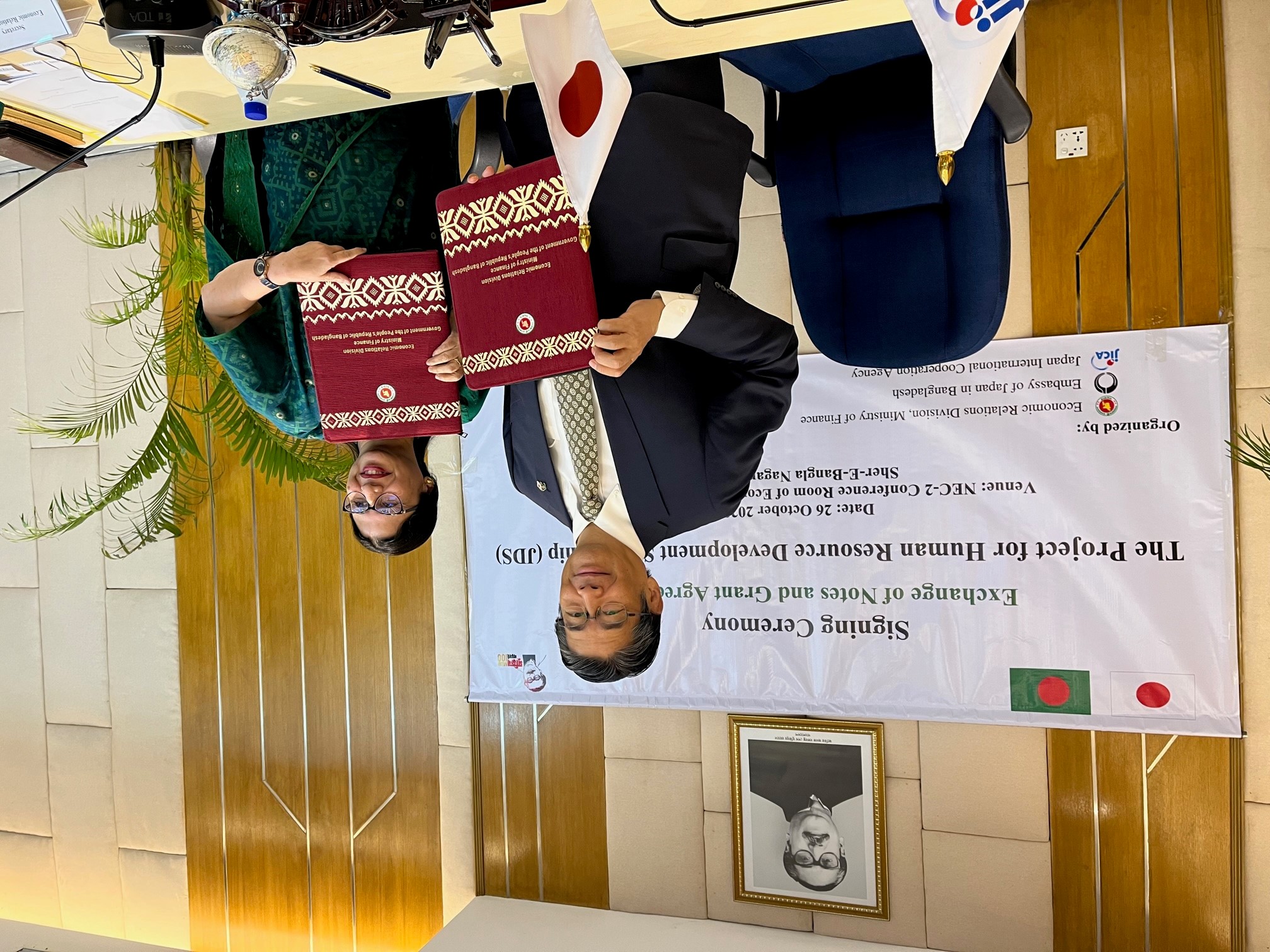 Bangladeshi officials will advance their ability through Japanese scholarship