I hope our Jononetree Sheikh Hasina's birthday is filled with joy and grace! I wish Jononetree Sheikh Hasina a happy birthday! In particular, this year, our honorable Prime Minister's birthday has given the people of Bangladesh the distinguished status. This is primarily because she has obtained hopeful commitments from different corners of the world, including India. She has been given such a unique distinction by the United Nations for steady development as a response to the worldwide desire to act to end poverty, protect the earth, and ensure peace, harmony, and prosperity for the people in general.

In 1971, our nation was the sole possessor of a megastar, and it was the only one capable of obliterating all others in terms of its brilliance and magnitude. This coincided that our land was victorious in its fight for freedom, despite suffering a heavy loss of lifeblood. That Icon, undeniable winner of the liberation struggle, the Father of the Nation, Bangabandhu Sheikh Mujibur Rahman was the only person who held that title. He used to love the Bengalis from the bottom of his enormous heart, filled to the brim with affection. As a result, he exerted every ounce of effort possible to steer the newly formed nation, which had been devastated by war, toward unbroken advancement.

Operating on the land, Bangabandhu did everything in his power to the best of his abilities to uphold a new government's dignity from the larger world's perspective. Unfortunately, the terrible bullet the assassins had given Bangabandhu had not spared him adequate time to make his dream come true before it was too late. However, we perceive Bangabandhu's worthy inheritor Jononetree Sheikh Hasina as the rescuer of the Bengali nation as she rises in the firmament of the nation's fate.

Sheikh Hasina is helping people from all walks of life from the viewpoint of the global community. She is also upholding Bangladesh's aspiration, restoring its vegetation and attractions by safeguarding the essence and motivation of Bangabandhu. This has occurred even though the ambition of Bangladesh has frequently declined away by far under tormenting irritations. In addition to this, she has been the most successful heir to Bangabandhu's lifeblood. Over the last ten years, Jononetree has been guiding the land to range such a climbing stance of expansion that the Asian Development Bank (ADB) has joyously professed Bangladesh the wildest rising financial advancement in the Asia-Pacific region, surpassing China, Vietnam, and India. She, qualified as the symbol for the current economic expansion of Bengal, is nobody other than our honorable Prime Minister Jononetree Sheikh Hasina. She is the legacy of the Father of the Nation and the most powerful maker of materializing Bangabandhu's thoughts. In any global setting, while Bangladesh's advancement turns out to be an issue, Sheikh Hasina competent as the representation for the current expansion of Bengal's economy is nobody else.

To our good fortune, the name of Sheikh Hasina is accurately and well-meaningly represented by our superior and competent front-runner. Hasina is derived from the Arabic root, which means "very pious," "great value," and "wonderful sense." The word "Hasina" comes from this root. On September 28, we celebrate the birthday of Bangabandhu and Bangamata's capable, innovative, and valuable daughter Sheikh Hasina who is our hope. On this day in 1947, the worthy daughter of Bangabandhu who excelled like bewildering moonshine in the lap of the Mother of the Nation, Sheikh Fazilatunnesa Mujib, is still overflowing the entire nation-state with the similar peaceful, kind, enchanted light of determination and potentiality. In addition to extending our most sincere admiration and warmest congratulations to Jononetree Sheikh Hasina on her momentous birth anniversary, we hope that we will continue to bask in the same moonlight emanating from her personality for a very long time to come.

On the darkest and saddest night of August in 1975, the evil killers brutally took the lives of Bangabandhu and every member of his family. Jononetree Sheikh Hasina and her younger sister Sheikh Rehana have been to Belgium. It is possible that God intervened on her behalf that day to ensure that she was able to board the post-Bangabandhu Awami League boat. It is conceivable that God chose her to be the kind of political icon Bangladesh will look up to in the coming years. The All-Mighty Allah spared her life so that she may assist the Bengali people. Since the assassination of the nation's Father Bangabandhu Sheikh Mujibur Rahman in 1975, Bangladesh has been wracked by the corrupt dictatorship of the military junta for a very long time. The country state was then significantly further behind other nations. The erosion of the fundamental rights of the standard population in Bangladesh directly resulted from the rise in governmental corruption. The level of poverty reached an all-time high. The dream that Bangabandhu had was stifled and smothered to the complete frustration. But dreams cannot die. Therefore, the purpose of Sonar Bangla was maintained throughout by the able leadership of Sheikh Hasina.

Sheikh Hasina, Bangabandhu's daughter, has diligently tended to the vision that her Father had planted deep inside the core of her heart. To make that goal a reality, she defied the murderous gaze of the military administration. She traveled back to her birthplace, where she assumed leadership of the Awami League and brought it back to life. She took the helm of the Awami League, organized a massive grassroots uprising, and ultimately got the dictator to his knees and forced him from office. Following Bangabandhu's directives, Sheikh Hasina strongly desired to give the true liberation of the people of Bangladesh from starvation, poverty, injustice, and oppression. Moreover, she succeeded to end the country's colonial rule.

As a direct consequence, the people granted her leadership the decisive mandate in the elections that took place in 1996. In response, Jononetree Sheikh Hasina has demonstrated that she can bring a sickly land back to health through the magical augmentation of growth. At Gaurnadi, in the city of Barisal, on April 2, 2004, members of the BNP-Jamaat killer circle opened fire on a car convoy carrying Sheikh Hasina. Similarly, an alliance between the BNP and JAMMAT carried out the most heinous attack on August 21, 2004, in the capital of Dhaka, in front of central office of the Awami League on Bangabandhu Avenue. The Dhaka Mahanagar Awami League organized a rally in front of the party's central office to denounce the bombing carried out by extremists over the land and the cruelty shown by the police in Gopalganj.

At five o'clock in the afternoon, Jononetree, serving as the gathering's Chief Guest, arrived at the place and announced that the protest demonstration had officially begun. The twenty-minute speech she gave on the stage of the truck van came to a conclusion, and she began to leave the scene almost immediately after it ended. At that exact moment, the fundamental organizations supported by the BNP-JAMMAT administration started an assault on the platform throwing grenades. Eleven strong explosives went off within a minute and a half's time. On the spot, twelve individuals were murdered, while another twelve people passed away during the medical treatment at the hospital center. It was estimated that almost four hundred people, including Sheikh Hasina, had suffered deadly wounds. A significant number of people were left permanently disabled as a result of this horrible prepared grenade attack.

The honourable Prime Minister Sheikh Hasina is our last remaining option. The stability and harmony she has secured in politics and public life through many programs and projects unparalleled anywhere else in the world. She came to state power for four different tenures, including the elections in 1996. Her comparison goes nowhere and is not even really comparable to anything else. In Bangladesh's current socio-economic and political climate, Sheikh Hasina is the only viable candidate for the head of the state. There is no alternative. We must come to terms with the fact that, despite our individualistic perspectives, our solemn obligation is to ensure her wellbeing, health, and safety. On the occasion of Sheikh Hasina's 76th birthday, let us send her best wishes for many joyous returns of the day.

On this joyous occasion—the anniversary of the cherished leader's birth—we offer our prayers for her to have a long life filled with good health. We pray that you continue to be a benefit to us, honourable Prime Minister, just as you have been in the past. I hope that your life is filled with joy and achievement. May you live forever, Jononetree Sheikh Hasina! Happy birthday to you, O Deshratna, leader of the general people and inventor of democracy!

The author is a columnist, writer, academic, researcher, Professor of English, and former Pro-Vice-Chancellor of Islamic University, Kushtia, Bangladesh 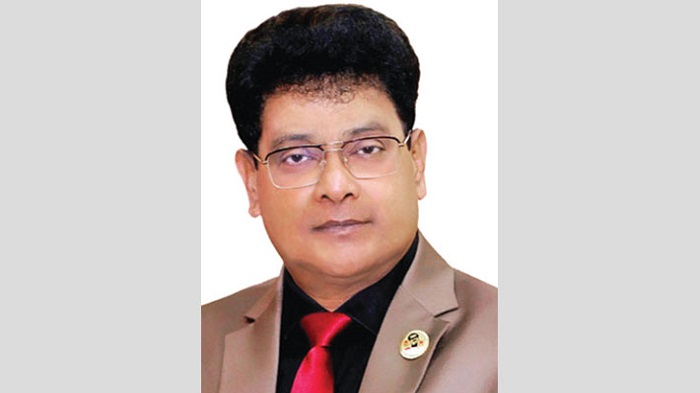