Speakers at a discussion on Sunday (Sept 18) viewed that the National Adaption Plan (NAP) will help Bangladesh to reduce its vulnerability to the negative impacts of climate change by having relevant ministries, departments and other stakeholders together for collective and urgent climate action.

Taking part in a validation workshop in Dhaka, organised jointly by the Ministry of Environment, Forests and Climate Change (MoEFCC), the United Nations Development Programme (UNDP) and CEGIS led consortium, speakers said the NAP has been considered among the most valuable plan for adapting to climate change.

Concerned ministries validated the National Adaptation Plan in the workshop after a series of consultation meetings held under the initiatives of the ‘Formulation and Advancement of the National Adaptation Plan Process in Bangladesh’ project of UNDP and in partnership with the Ministry of Environment, Forests and Climate Change and Economic Relations Division supported by the Green Climate Fund. 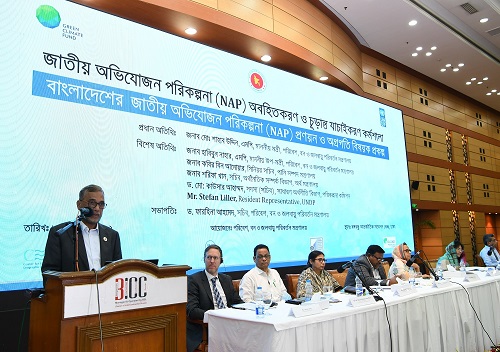 NAP has been considered among the most valuable Plan for adapting to climate change which helps countries conduct comprehensive medium and long-term climate adaptation planning, depending on adaptation capabilities and activities and integration of climate change in the national decision-making process.

The main objectives of NAP are to reduce vulnerability to the impacts of climate change by building adaptive capacity and resilience and adaptation to new and existing policies and programmes, especially development strategies.

According to the United Nations Framework Convention on Climate Change (UNFCCC), 129 developing countries have initiated their NAP process, of which Bangladesh is not an exception.

Speaking as the chief guest Md. Shahab Uddin, Minister, Ministry of Environment, Forest and Climate Change said, “The government formulated the National Adaptation Plan to address the risks of climate change based on the views of concerned ministries, departments, and will be implemented with the cooperation of all concerned”. The ministry will cooperate with all other ministries in this regard, he said.

The Deputy Minister thanked UNDP and the Green Climate Fund for their support in formulating the National Adaptation Plan.

He said, “The finalization of NAP could not be made at a more apt period of time, as we look ahead to COP27 in November, where countries including Bangladesh will gather to discuss progress on the Global Goals on Adaptation strategies to support the most climate vulnerable”. 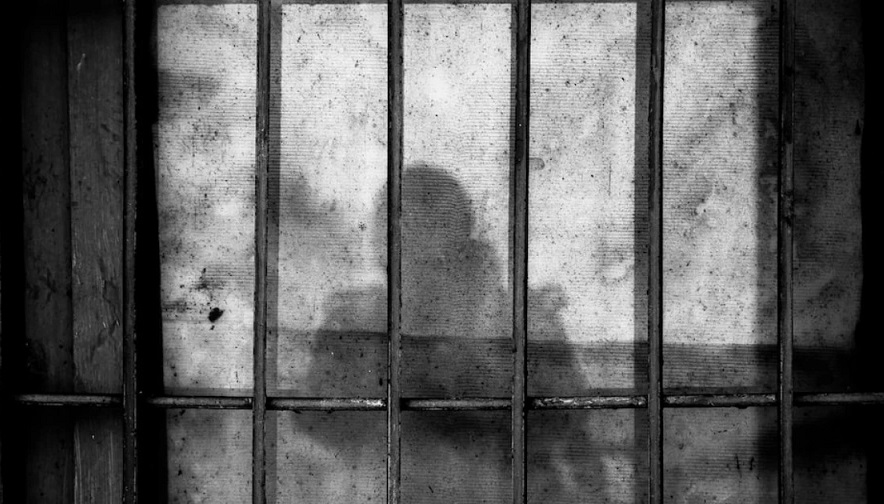 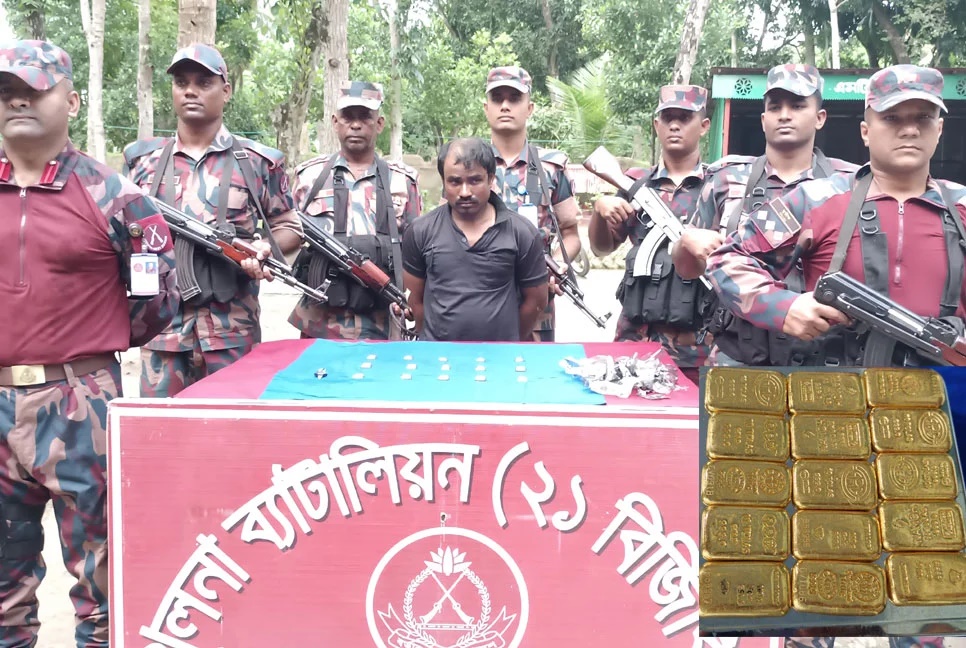 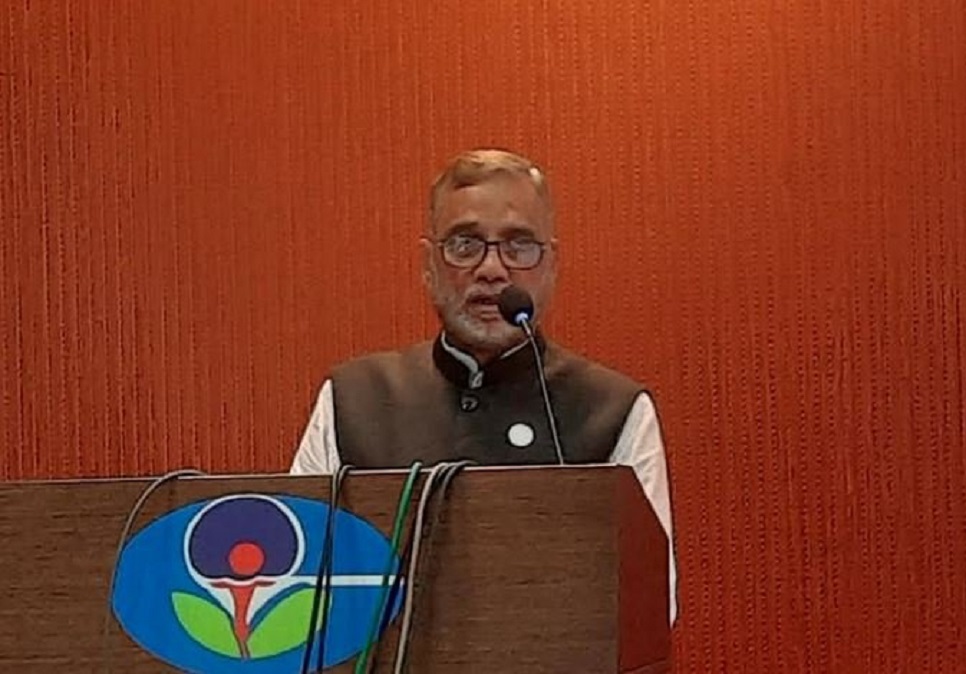 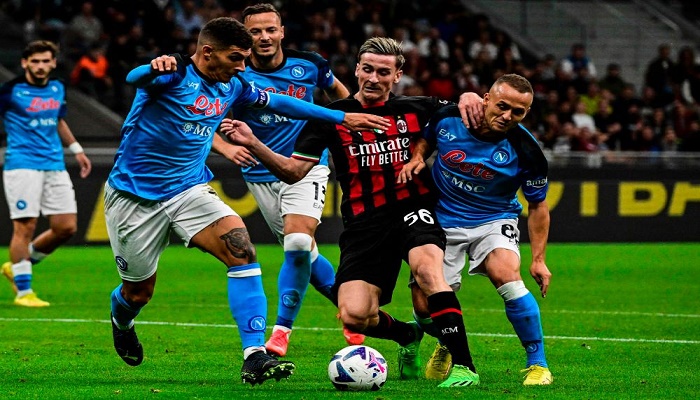 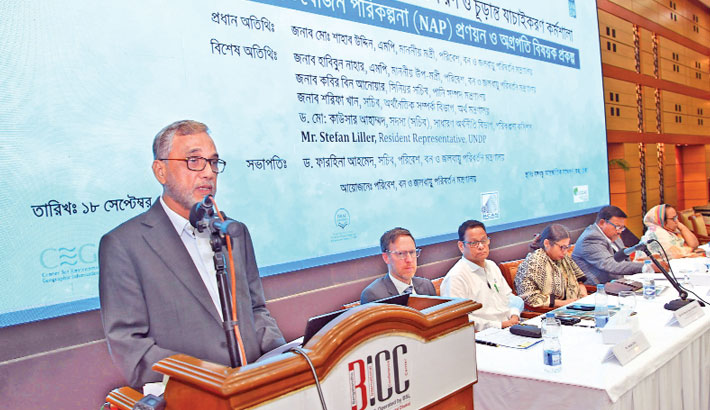 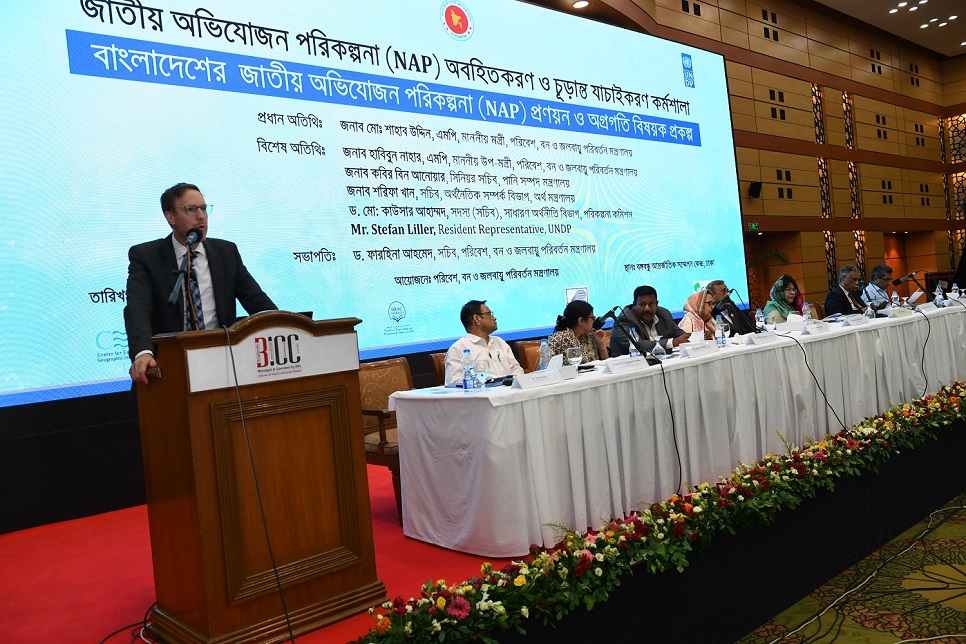