In our school days, we were taught to grow as honest human beings to enrich our society and the country. The teachings of honesty at that time were to transform us into trustworthy, loyal, fair and sincere persons so that we would be able to guide the society in the right direction. Our minds were built up on the pillars of honesty. It was said that honest people are like lighthouses to show other people the ways to live with dignity.

We were also alarmed from the touch of the darkened life built on dishonesty. The dishonest people, though a few, were known to all and nobody respected them from heart. However, our commitments to honesty did not prevail in many of us in our later life in the same spirit as we thought at that time. Their greediness or unlimited personal and family demands might have so much influence on their ideology that they had no way but to fall in dishonest activities. Their moral strength became weaker to support them and slowly transformed them into dishonest or corrupt persons. Whether we agree or not, that trend still remains there, might be with greater pace.

Honesty means truthfulness where nothing like lying, cheating, theft would be present in our behaviour, activities or thinking. William Shakespeare described honesty as an attribute people leave behind when he wrote, “No legacy is so rich as honesty”. In fact, honesty is the foundation for trust and key in social relationships; it gives us hope, aspiration, confidence, compassion and improves decision-making. However, honesty might not always be pretty and pleasant. Honesty can lead to interpersonal harm when their honest behaviour affects others. In Bangladesh, honesty sometimes even brings threat to life.

Being members of the present Bangladesh society, whether we like or not, we have no way but to go through the existing practices. This is the reality like our existence. Sometimes, my inner world revolts seeing disrespect to social norms and practices we own since long time or personal dishonesty to evade justice. The people believe in honesty has already became the minor group of our society. Normally, people, in their daily life activities, try to avoid that minor group. If you are member of that group, you have to keep mum or put a curtain on your way in such a manner that you have not to see those dishonest people. It seems to me that the process is slowly replacing the good practices of social and family bonding, feelings for others, honesty, loyalty, fairness, tolerance, respect, etc., which, in fact, were mostly the constituents of our moral character, the image of our childhood society we were proud of. The obvious question that comes to our mind- what are the reasons for this social degradation?

Ralph Waldo Emerson said, “The true test of civilization is not the census, not the size of cities, not the crops, but the kind of man the country turns out.” If we imagine the Bangladesh during our war of liberation and the so many years since then we are living in this country, we can compare the degree of deviations in the status of our civilization. There is no doubt that we had proved our ability by liberating the country from Pakistani occupation. Bangladesh, a small-sized country, came into being through one of the bloodiest wars in human history. It was possible as we had the fullest honesty in delivering our commitment to achieve independence. We did not have a second choice.

But, unfortunately, we failed to maintain that spirit once we have an independent country. Taking the responsibilities of running the country, Father of the Nation Bangabandhu Sheikh Mujibur Rahman found that the people through whom he would implement his plans and programmes were not honest, most of them were corrupt people. That’s why he said, “My peasants are not corrupt. My labourers are not corrupt. Who takes bribe then? Who carries out black marketing? Who serves as foreign agent? Who does money laundering? Who does hoarding/stockpiling? It is us, the 5 per cent educated people. The bribe-takers and corrupts are amongst us (the 5 per cent educated people). We must change our characters and purify our souls”.

Bangabandhu, in his three and a half-year period of running the country, could not streamline that trend due to the fact that either honest people were submerged by the dishonest people or there was no way to attract the honest people. The situation started going down severely after the assassination of the Father of the Nation. We did not find any government that encouraged honest people to come forward in nation building activities. They are always the most neglected part of our population. The existing environment of the country does not support its nationals to remain honest. What we are shown in the open air is not the real behaviour of our social or political leaders. What those leaders utter are nothing but to show general mass that they have enough feelings for the honest people. Behind the scene, dishonest people are much closer and valuable to them.

As the environment has never been favourable in cultivating honesty, we rarely now find honest people in Bangladesh. If there are some, they live in hibernation as our present society considers them as burden, a worthless portion of the population. These honest people can only bring miseries for their family as they do not agree to adjust with the practices the present-day people have been following. They are identified, even by their kith and kin, as unfit elements of the society. The ongoing situation does not want to accept their ideology and livelihood based on honesty. As a result, nobody is interested to evaluate and respect them, even the government rarely likes to get their services for the benefits of the country and the people. If no initiatives are taken, may be one day, no honest people will be found in our country. Our future generation might have to search them in the book of human history, like the dinosaurs.

There is no doubt that development has been changing our thoughts, ideologies, life-style and social structures. Competing with that change, we are losing so many good things that we still cherish in conducting our present life. Simultaneously, we also enjoy so many modern facilities and arrangements that have made our life comfortable. But we need to safeguard those human qualities, like honesty, family bonding, respect, generosity, etc. to enrich our future generation who will build Bangladesh as a developed country where everyone will live in peace.

Shakespeare gave voice to the concern that “some are born great, some achieve greatness, and some have greatness thrust upon them.” We are not born honest, but we can achieve honesty if we desire so from our heart. The portion remains dishonest could be transformed if honesty is trust upon them. And for that, we need to create an environment that would facilitate the process of turning our population into an honest one. In that process, our families, educational institutes, public service providers, anti-corruption bodies, law enforcement authorities, etc. have the principal role to play in developing and establishing honesty in our society.  Anyway, it would not be an easy task.

I personally believe that if we can wipe out all kinds of corruption through developing an honest administration in the country, the overall development of Bangladesh will increase manifold. As honesty is considered the ultimate solution to all issues, let it give fresh air to nourish and survive to fulfil the aspiration of our Father of the Nation Bangabandhu Sheikh Mujibur Rahman, what he had felt fifty years back. 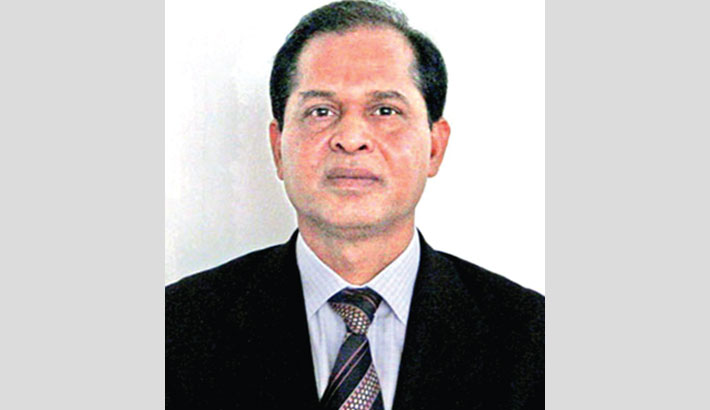 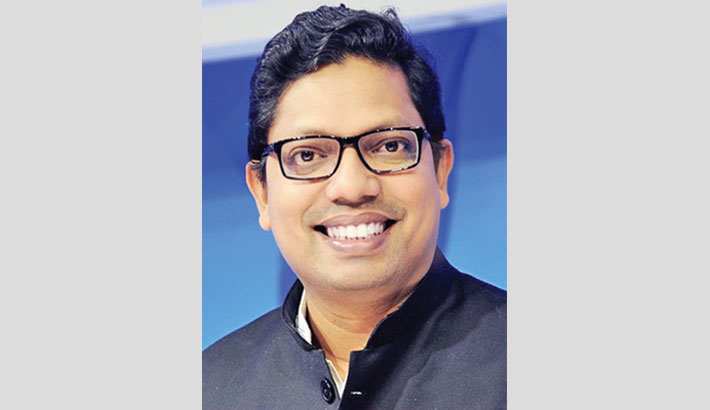 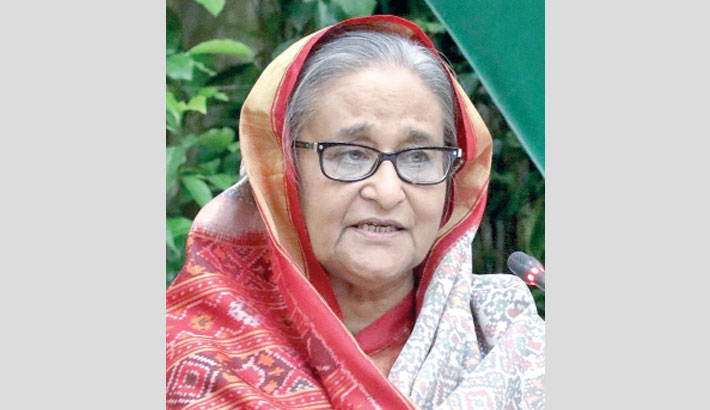 Padma Bridge an outcome of our honesty: PM 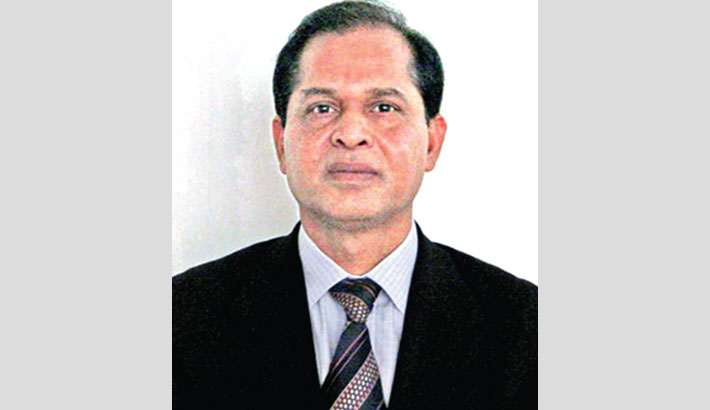 Work with Love, Pleasure and Honesty

Question of Honesty of the Poor and the Rich 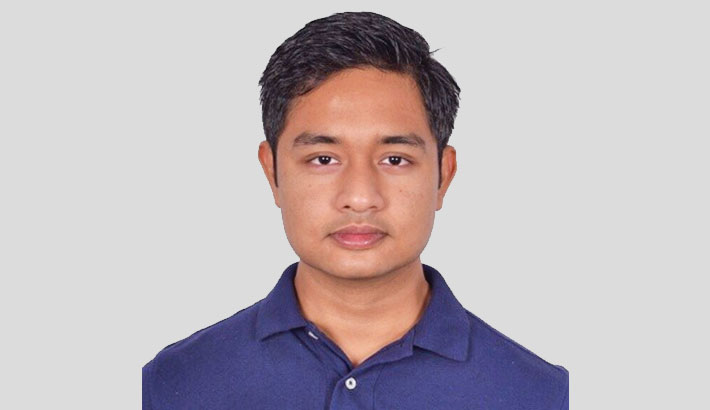 Honesty in Academia and Bangladesh