Two more U.S. military planes loaded with tons of aid for Pakistanis affected by flooding from deadly monsoon rains landed Sunday in southern Sindh province, one of the worst-affected regions in the impoverished country.

Saif Ullah, spokesman for the country's Civil Aviation Authority, said each plane was loaded with about 35 tons of relief aid that would be distributed in the province by the World Food Program. The aircraft landed at Sukkur Airport in Sindh and Ullah said the U.S. operation that began Thursday would continue until Sept. 16.

Pakistan has suffered under extremely heavy monsoon rains that started early this year — in mid-June. Multiple officials and experts have blamed the rains and resulting floodwaters on climate change. U.N. Secretary-General Antonio Guterres last week called on the world to stop “sleepwalking” through the dangerous environmental crisis. He has called repeatedly on the international community to send massive amounts of aid to Pakistan.

Ullah said Sunday that two more flights bringing relief goods from the United Arab Emirates landed at Karachi airport. So far, U.N. agencies and several countries have sent multiple planeloads of aid, and authorities say the UAE has been one of the most generous contributors.

Near 1,400 people have been killed, 13,000 injured and millions left homeless by the heavy flooding since mid-June. The waters also destroyed road and communications infrastructure.

Miles of cotton and sugarcane crops, banana orchards and vegetable fields could be seen submerged in floodwaters. Thousands of mud and brick homes caved in under the deluge leaving people homeless and sheltering in tents alongside damaged roads.

Pakistan's military chief Gen. Qamar Jawed Bajwa toured the badly affected district of Dadu in Sindh and its surroundings on Saturday. Dadu could suffer further flooding from the rising waters of the Indus River.

“People will continue to suffer if we don't have a drainage system and dams,” Bajwa told reporters.

He said constructing dams would help produce electricity, curb pollution and decrease global warming and that army engineers have been asked to conduct an initial study.

Bajwa said working on alternate energy sources is essential and called for the gradual reduction of oil and coal as energy sources to minimal levels.

Since June, heavy rains and flooding have added a new level of grief to cash-strapped Pakistan and highlighted the disproportionate effect of climate change on impoverished populations. 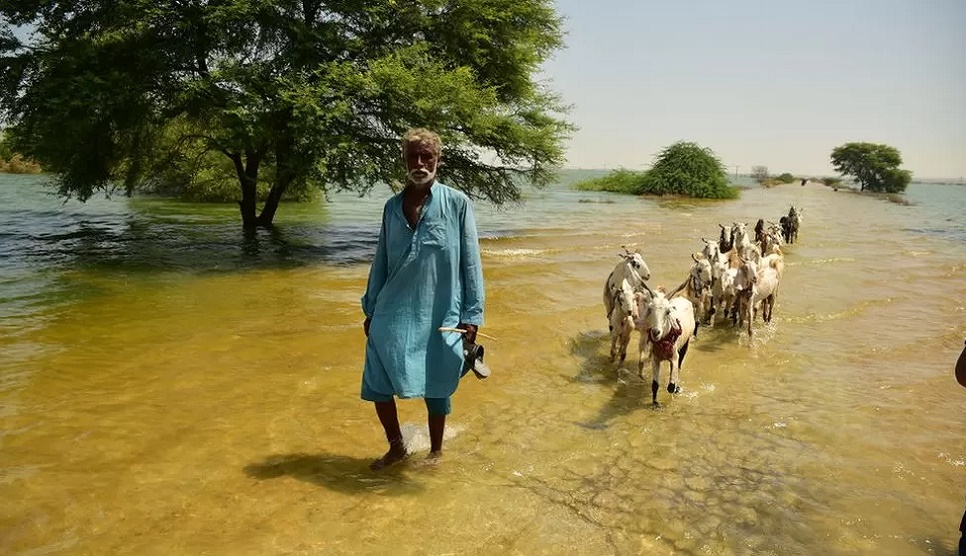 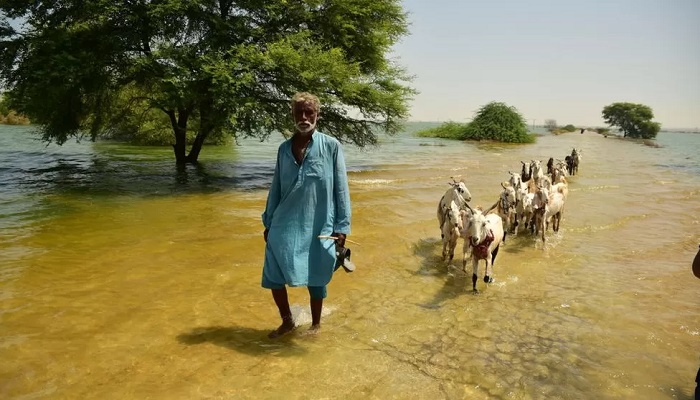 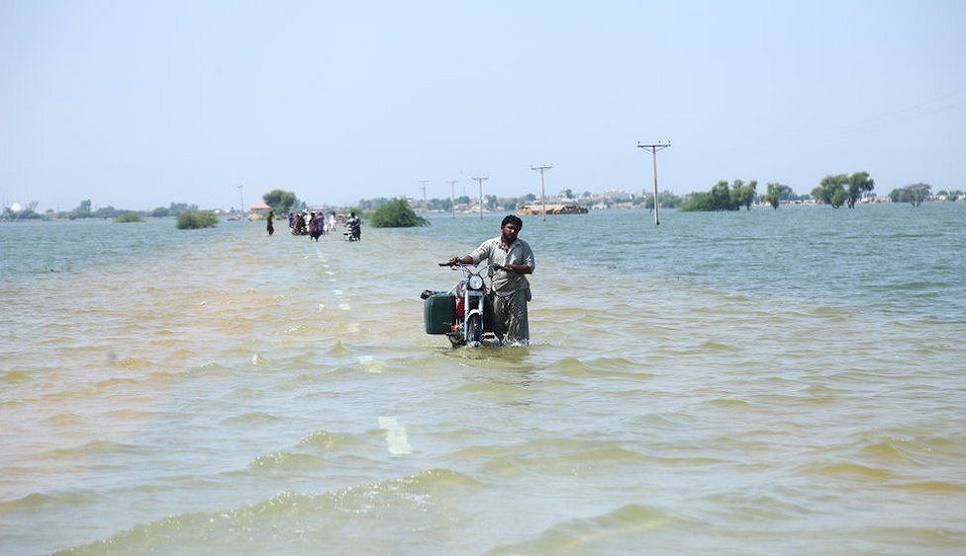 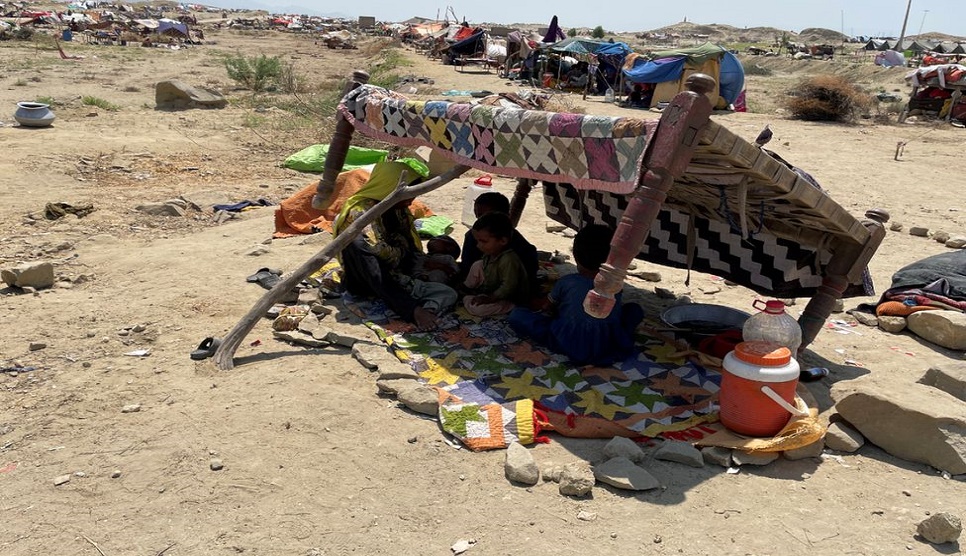 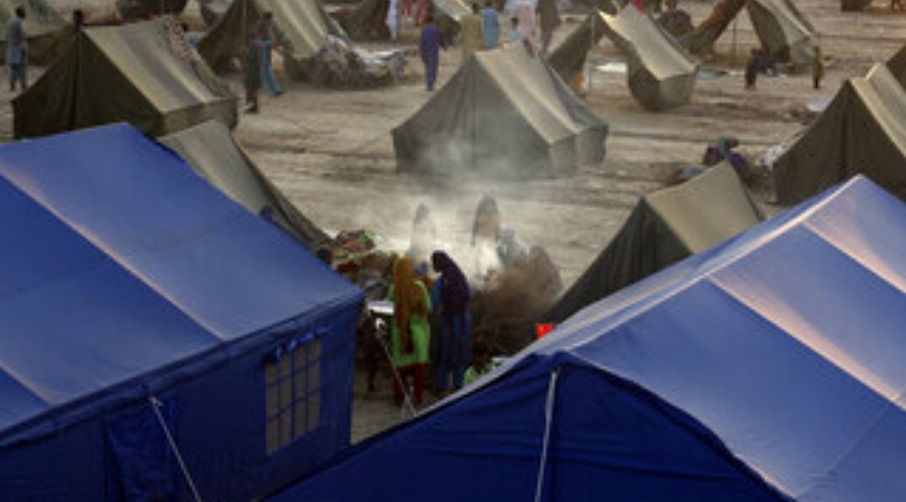 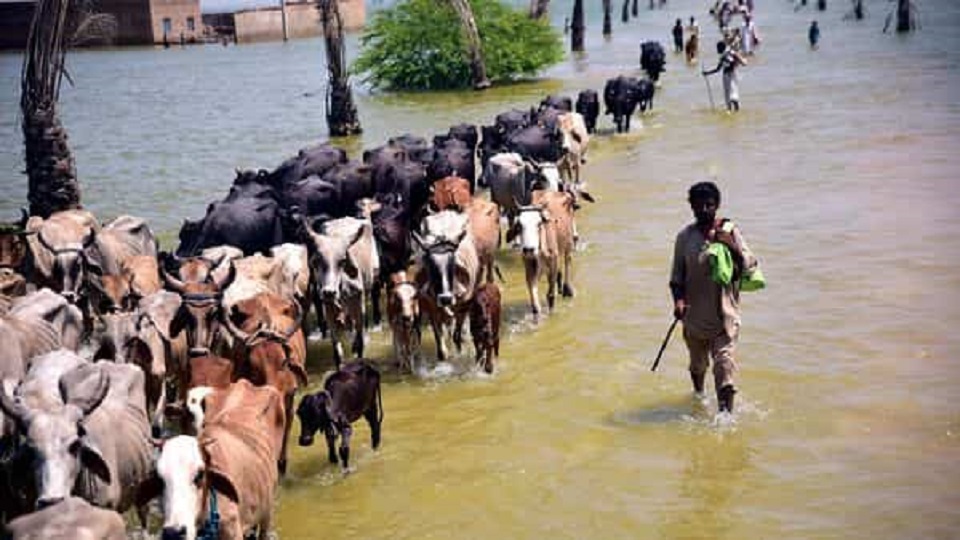 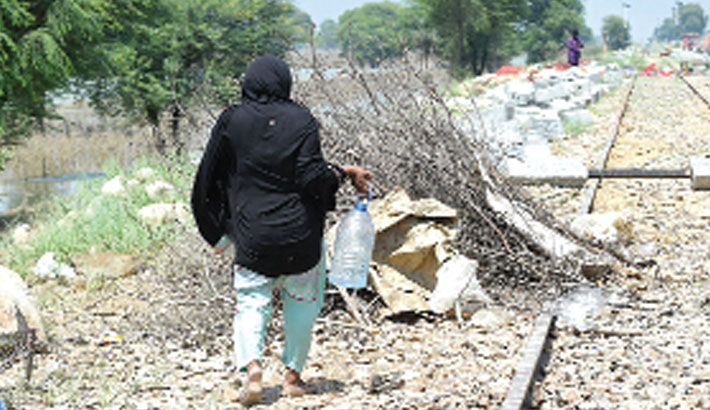 Pakistan floods leave many without toilets 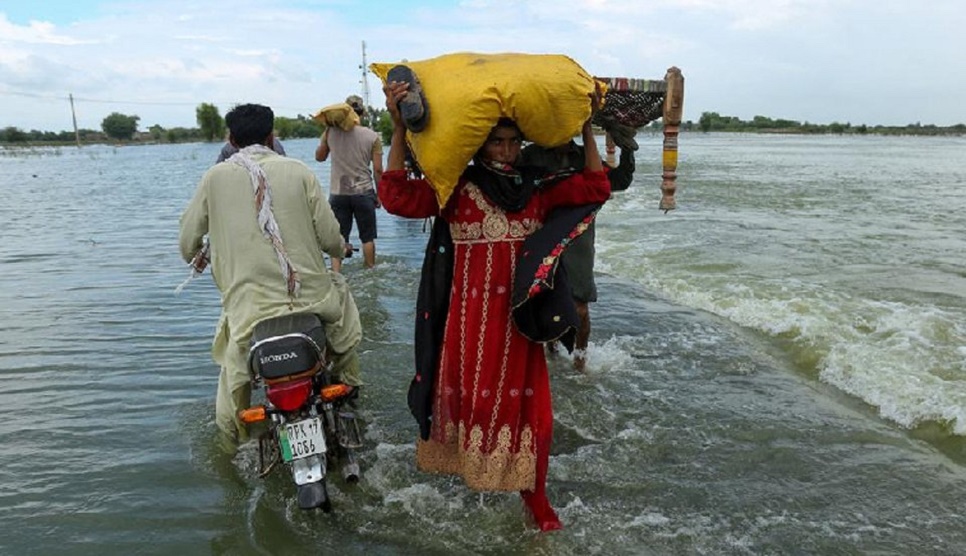 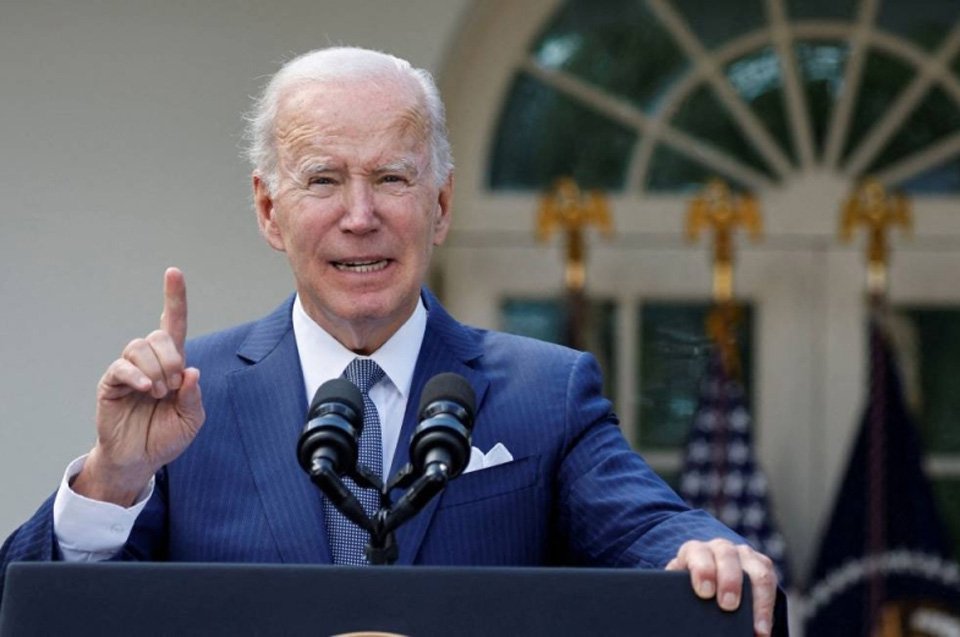 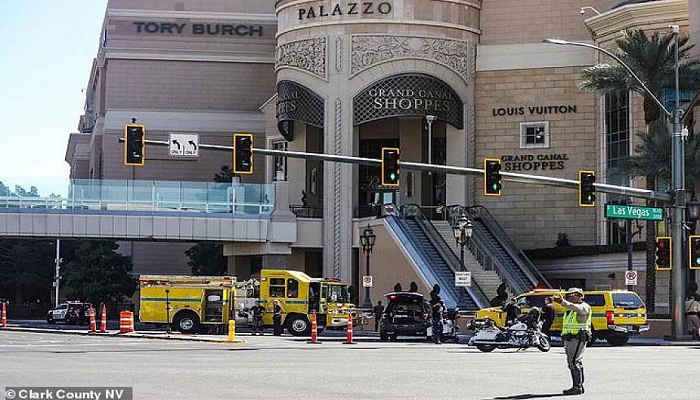 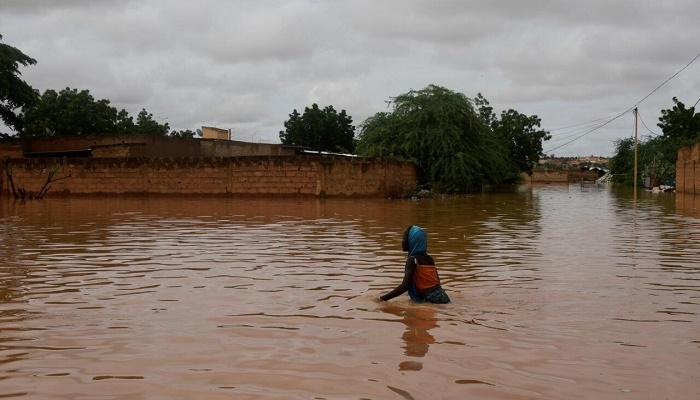 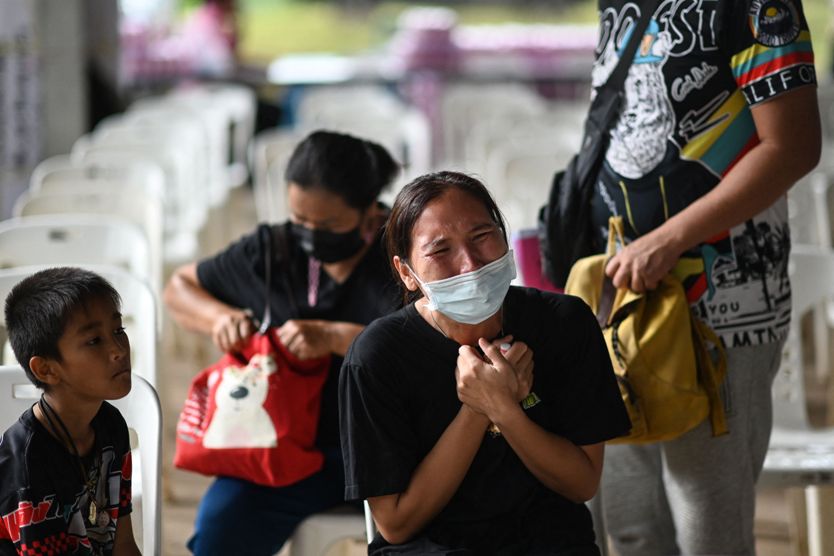