Former advisor to the caretaker government and economist Dr Akbar Ali Khan passed away in Dhaka Thursday night after a prolonged illness. He was 78.

Akbar Ali Khan was born in 1944 at Nabinagar in the Brahmanbaria district. He studied history at Dhaka University and secured first place in first class in both BA and MA exams. He studied economics at Queen's University Canada and obtained MA and PhD in economics.

He joined the Civil Service of Pakistan (CSP) in 1967. He actively participated in the Liberation War and was sentenced to 14 years' imprisonment in absentia by a military court of the occupation forces. He joined the provisional government of Bangladesh as deputy secretary, Ministry of Defense.

He served with distinction in various ministries. He worked at the Ministry of Finance for more than 16 years at levels of joint secretary and above. He was chairman of the NBR and secretary of the Internal Resource Division for nearly three years.

Akbar Ali served as finance secretary for more than five and half years covering three consecutive governments. He was appointed the cabinet secretary in 2001 and retired from that position in 2002.

He was an advisor in charge of the ministries of finance, planning, commerce, post, telegraph and telephones in the caretaker government in 2006 and resigned in protest against the failure of the chief advisor in ensuring a free, fair and impartial election. He also served as the first chairman of the Regulatory Reforms Commission during 2007-2009.

As Finance Secretary, he played a prominent role in establishing Grihayana Tahbil (Fund for Housing of the Poor) and Karmasangsthana (Employment Generation) Bank. He was the chairman of the Social Development Foundation for two years.

Dr Khan served as minister (economic) at Bangladesh Embassy in Washington DC for four years from 1987-1991. He was the alternative executive director of the World Bank for more than three years, as the representative of the governments of Bangladesh, Bhutan, Sri Lanka and India.

He has published 14 books and several articles on economics, history, public administration, literature and water resources in various national and international journals. His first book "Some Aspects of Peasant Behavior in Bengal" was praised by The Journal of Economic History (USA) as "a significant contribution to the growing body of new economic history in South Asia."

Dr Khan's book "Discovery of Bangladesh" was rated by the Asiatic Society of Bangladesh as the best publication in humanities for the period 1996-98 and was awarded the Justice Md Ibrahim gold medal. His book "Parathaparatar Arthaniti" was highly commended for its wit and originality by Desh – the most widely circulated literary magazine of Kolkata.

His book "People's Participation in Budgetary Process in Bangladesh: In Search of Policy Reforms" was published in 2008 by Shamunnay – a national advocacy NGO. His latest publications include "Abak Bangladesh Bichitra Chhalanajale Rajneeti" (2017), "Gresham's Law Syndrome and Beyond" (2015,) "Ajab and Jabor Ajab Authraneeti" (2013), "Andhakarer Utsa Hote" (2011), "Friendly Fires, Humpty Dumpty Disorder and other Essays" (2010).

He was elected fellow of Bangla Academy in 2010 in recognition of his contribution to the economics and history of Bangladesh. 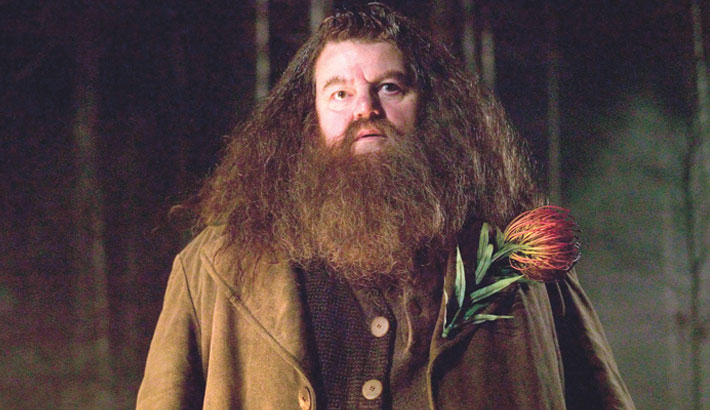 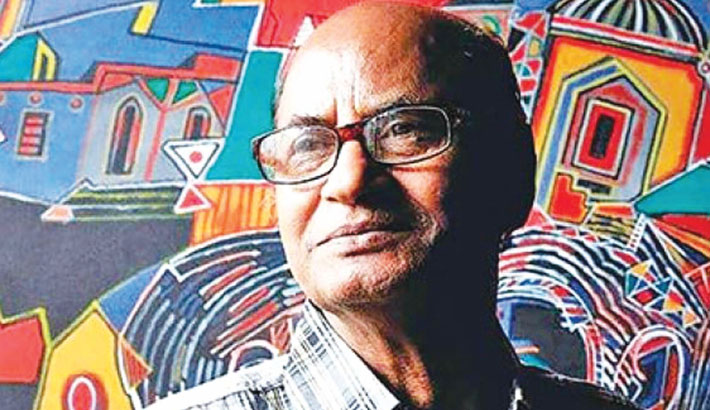 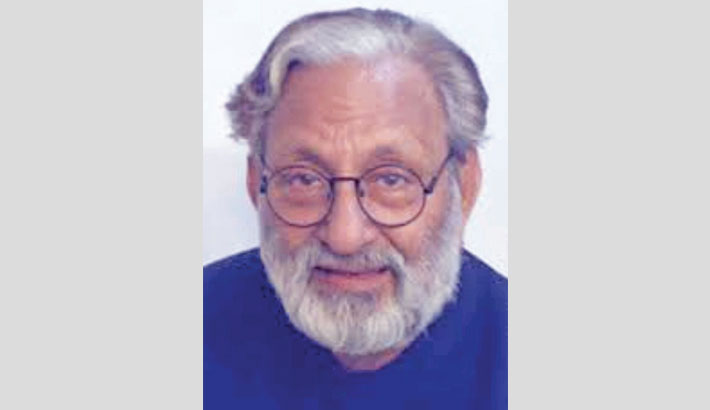 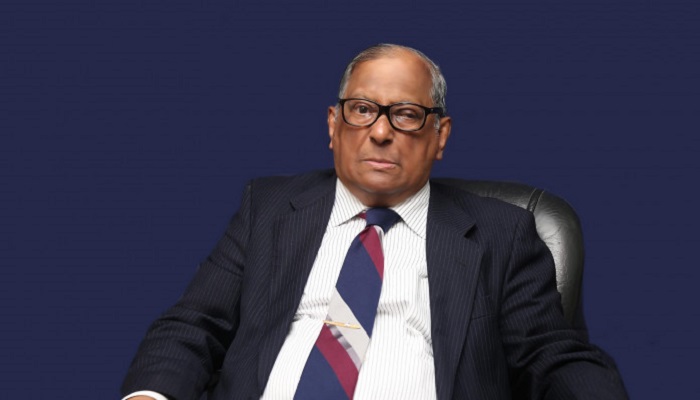 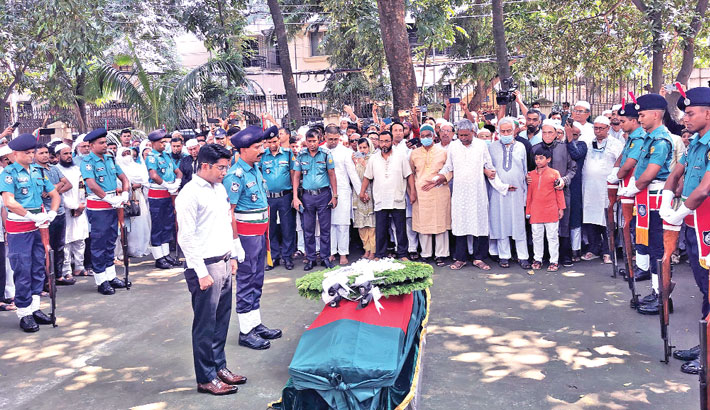 The district administration gives a guard of honour to former advisor to the caretaker government and eminent economist Dr Akbar Ali Khan at Azad Mosque in the capital on Friday. —SUN PHOTO