A team led by the head of the International Atomic Energy Agency set off from Kyiv on Wednesday for a Russian-held nuclear power plant in southern Ukraine that has sparked global concern.

The Zaporizhzhia plant, Europe's biggest, is on the front line between Russian and Ukrainian forces, and the area has been shelled repeatedly in recent days, with the two sides accusing each other.

"We are now finally moving," IAEA chief Rafael Grossi, who arrived in Kyiv on Monday with a 13-strong team, told reporters before heading off.

Grossi said the inspectors planned to spend "a few days" at the plant and would report back afterwards.

The plant has been occupied by Russian troops since March and Ukraine has accused Russia of deploying hundreds of soldiers and storing ammunition there.

Ukraine had initially feared an IAEA visit at Zaporizhzhia would legitimise the Russian occupation of the site, before finally supporting the idea of a mission.

But Ukraine has insisted that the mission should travel there from Ukrainian-held territory, meaning the inspectors will have to cross the front line with security guarantees from both sides.

"Sadly, Russia is not stopping its provocations precisely in the directions the mission needs to travel to arrive at the plant," Ukrainian President Volodymyr Zelensky said in his daily address to the nation on Tuesday after meeting with Grossi.

"I hope the IAEA team will be able to start its work," he added, calling the situation at the plant "extremely menacing".

"The occupiers have not abandoned the plant, they are continuing bombardments and are not withdrawing arms and ammunition from the site. They are intimidating our personnel. The risk of a nuclear catastrophe due to Russian actions is not diminishing for even an hour," he added.

"An immediate and total demilitarisation in Zaporizhzhia is necessary."

Meanwhile, intensive fighting raged across the nearby southern regions of Kherson and Donbas, Zelensky said.

Most of the region of Kherson bordering the Black Sea and its provincial capital of the same name were seized by Russian forces at the start of the invasion six months ago.

With the war in the eastern Donbas region largely stalled, analysts have said for weeks that combat is likely to shift south to break the stalemate before winter comes.

- A 'long and complicated' fight -

On Tuesday, fresh Russian strikes on the centre of the northeastern city of Kharkiv killed at least five people and injured seven.

But much of the attention remained on the counter-offensive in the south.

In Bereznehuvate, a town near the frontline about 70 kilometres (43 miles) north of Kherson city, AFP reporters could hear artillery fire and saw soldiers resting by the roadside.

"We forced them well back," said Victor, an infantryman in his 60s who declined to give a surname.

But his commander Oleksandr, a veteran of the Soviet war in Afghanistan, predicted the fight to retake Kherson would be "long and complicated".

Russia's defence ministry claimed Tuesday that Ukraine had met "defeat" in its southern counter-attack, suffering "large-scale losses" of more than 1,200 soldiers and around 150 military vehicles.

For its part, the Ukrainian presidency claimed its forces had destroyed "almost all large bridges" over the Dnipro and that "only pedestrian crossings remain" in the Kherson region.

The fresh fighting came as students across Ukraine prepared for the start of a new academic year after schools were shut by the Russian invasion, now in its seventh month.

Only those schools with air-raid bunkers will be permitted to reopen, with the rest reverting to online learning.

"We are not afraid, we have already lived enough. Our generation has decided to live in the present moment."

"There are many training initiatives but the needs are enormous," said EU foreign policy chief Josep Borrell, who says Ukrainian troops could be trained in nearby EU member states.

EU member states were meanwhile split over a proposal to ban Russian travellers from entering its territory, with heavyweights Germany and France insisting on the need to differentiate between those who were responsible for the war and those who were not.

EU foreign ministers were due to hold talks on the issue at an informal meeting in Prague later on Wednesday. 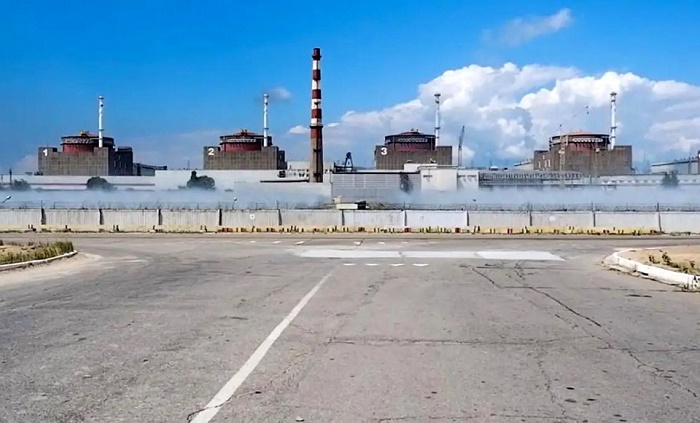 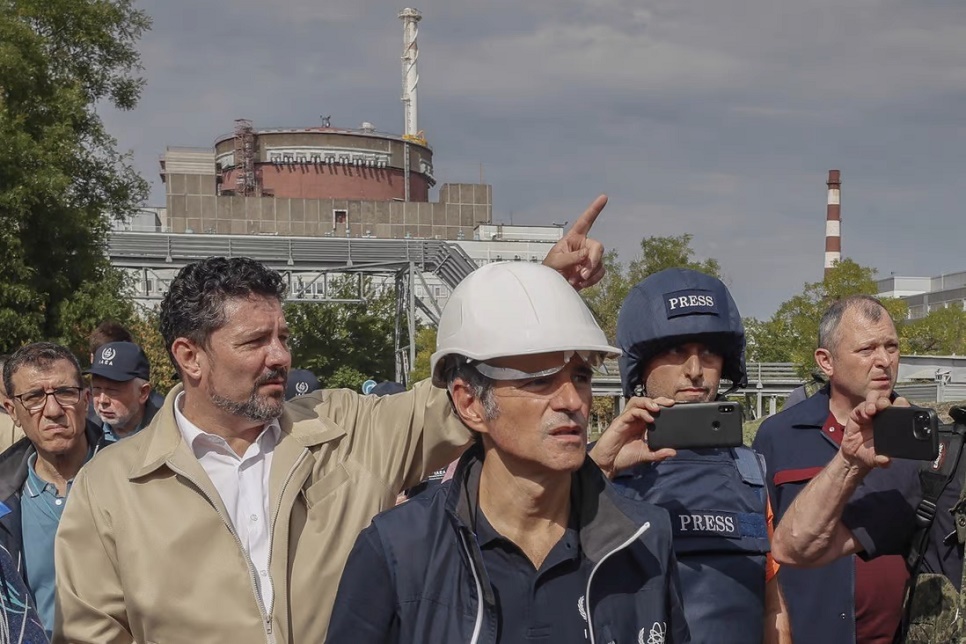 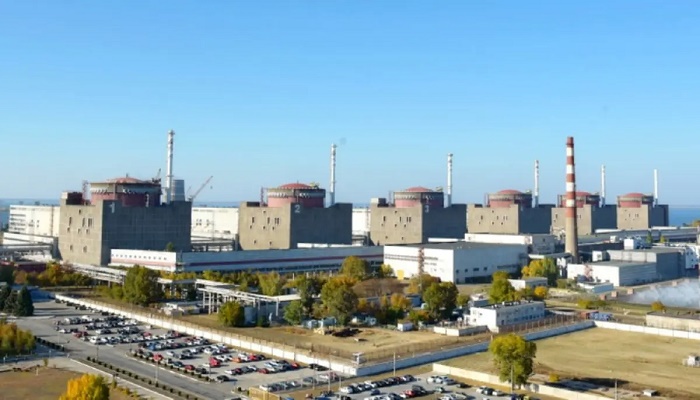 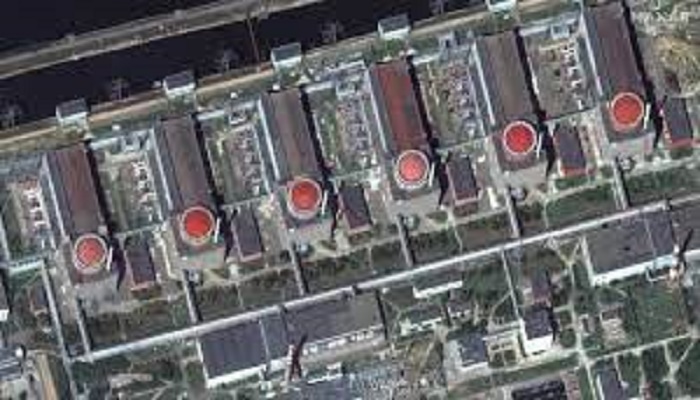 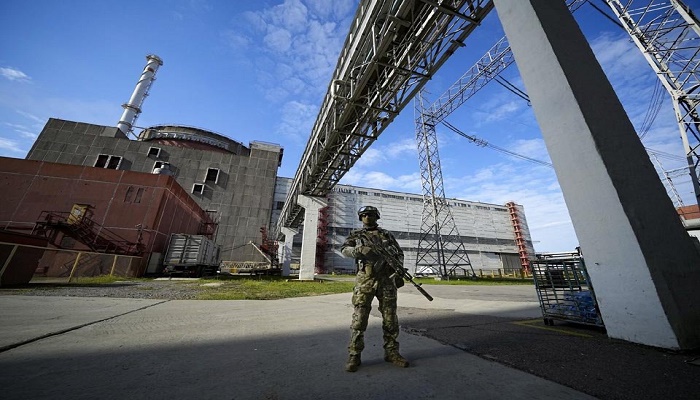 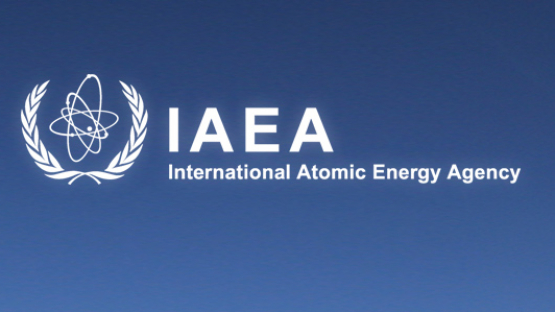 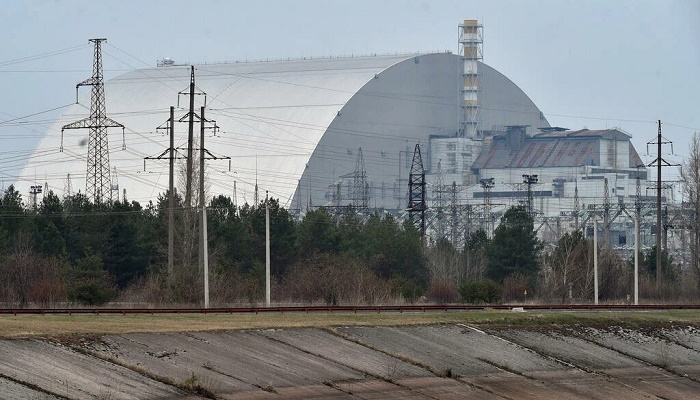