A senior US military official admitted on Monday that Ukrainian forces may have struck the area around the Zaporozhye Nuclear Power Plant, but insisted that this was only in response to Russian fire allegedly coming from the area. Earlier in the day, the Russian authorities said a Ukrainian artillery shell damaged the roof of the building storing reactor fuel.

“What I know for sure is that the Russians are firing from around the plant,” the unnamed official told reporters during a background briefing at the Pentagon. “I also know that there are rounds that have impacted near the plant.”

The official said it was “hard to explain, I guess” how the US was monitoring the situation around the nuclear power plant, Europe’s largest.

“And I don't want to say that the Ukrainians haven't fired in that vicinity either because I think there's probably a likelihood that they have, but in good – in a number of cases, it's returning fire of the Russians who are firing from those locations,” he said.

Russian forces established control of the Zaporozhye NPP in early March. National guard and nuclear protection specialists secured the site while the Ukrainian staff continued to operate without hindrance. The government in Kiev claims that Russian forces turned the plant into a military base from which they were attacking Ukrainian targets, but also that Russian troops were shelling themselves in a false-flag ploy to make Ukraine look bad.

The US official claimed “the Ukrainians are very aware of the potential impacts of striking the nuclear power plant and they're going out of their way not to do that.”

Moscow has provided evidence to the UN of repeated Ukrainian attacks on the Zaporozhye NPP and the nearby town of Energodar since July, using kamikaze drones and even US-supplied artillery. The latest attack came on Monday, when a round breached the roof of a building where fresh reactor fuel was being stored, a member of the local administration said.

On Sunday, a drone was shot down over the plant, while Ukrainian artillery strikes on Energodar injured nine civilian residents.

Kiev has demanded that Russia hand the Zaporozhye NPP back over to Ukrainian control, or at least demilitarize a 30-kilometer area around it. On Monday, US National Security Council spokesman John Kirby also urged demilitarization, as well as a shutdown of the reactors. The US has previously echoed Kiev’s accusations that Moscow wants to “steal Ukraine’s electricity” by shutting down the plant or disconnecting it from the Ukrainian grid.

According to Russian nuclear experts, the biggest danger is not a reactor meltdown, but Ukrainian artillery striking the open-air spent fuel storage, which would result in a radioactive release.

International Atomic Energy Agency (IAEA) chief Rafael Grossi is personally leading the mission that is supposed to visit the plant this week. 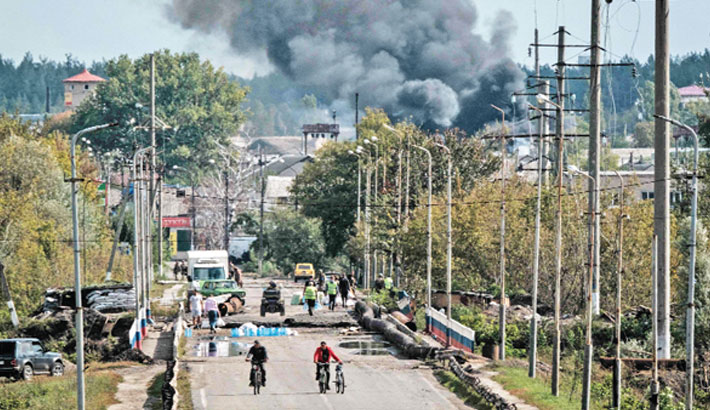 People cross a bridge over the Oskil River as black smoke rises in the frontline city of Kupiansk, Kharkiv region, on Saturday, amid the Russian invasion of Ukraine. In the northeastern town of Kupiansk, which was recaptured by Ukrainian forces, clashes continued with the Russian army entrenched on the eastern side of the Oskil River. — AFP Photo 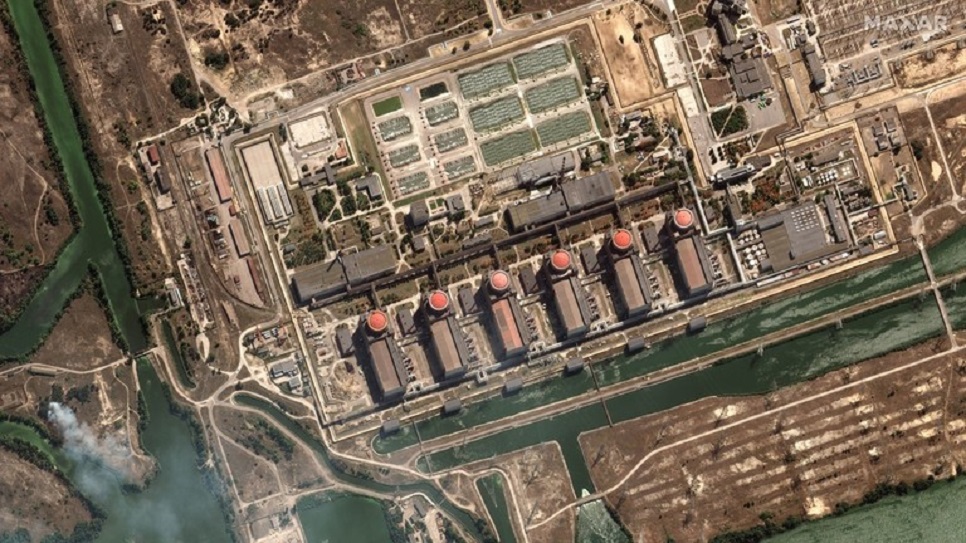 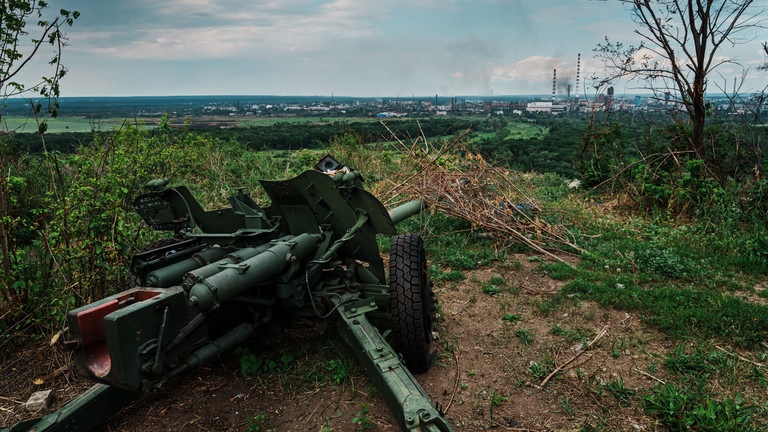 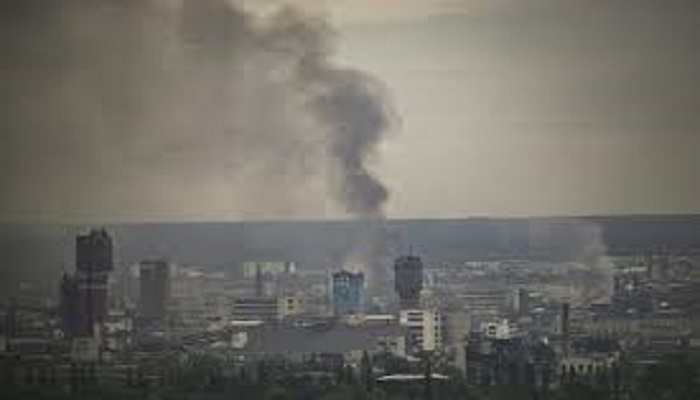 Ukrainian forces pushed back from centre of Severodonetsk