More than a dozen people dead in DR Congo violence

Violence in eastern Democratic Republic of Congo has left more than a dozen people dead in three days, military and local sources said on Sunday.

Over 120 militias roam the country's volatile east, and there are frequent attacks on civilians.

Two soldiers were among those killed since Friday.

A military leader in North Kivu province said Sunday: "We have just lost a brave soldier killed in an attack on our position in the northern outskirts of the city of Butembo by Mai-Mai militiamen".

The leader, who did not wish to be named, said two members of the militia were killed.

CODECO -- the Cooperative for the Development of the Congo -- is a political-religious sect that claims to represent the interests of the Lendu ethnic group.

It is considered one of the deadliest militias, blamed for ethnic massacres in Ituri.

Three civilians were "killed in an attack by the Allied Democratic Forces (ADF)" in North Kivu on Saturday night, said Flavien Kakule, head of a locality in the Bashu chiefdom, Beni territory.

The Islamic State group claims the ADF as its regional affiliate.

During protests against the United Nations in southern North Kivu on Friday and Saturday, "there was a death among the demonstrators, who carried bladed weapons and threw stones at a base of the Blue Helmets" in Kiwanja, Jason Ntawiha, mayor of the Rutshuru commune, told AFP.

A soldier who "had just killed a civilian in Kimoka" was "killed and lynched by the angry population", Saturday, Colonel Philemon Kakule, commander of the Congolese Army regiment in Sake, North Kivu, told AFP. 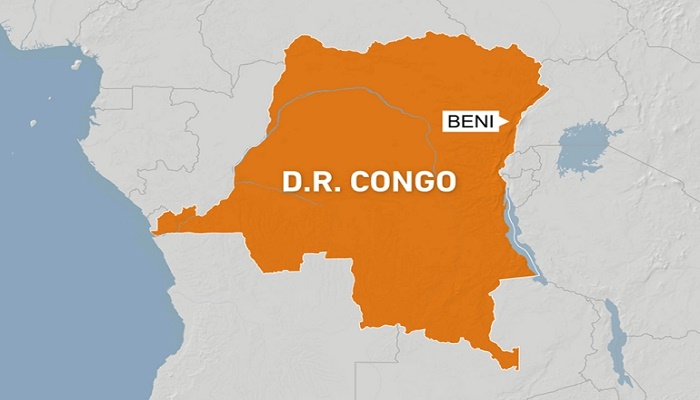 More than a dozen people dead in DR Congo violence