The 12th National Parliament elections of Bangladesh are scheduled for 2023, and the political game of different equations in Bangladesh has been on full display for some months. Despite being isolated for 13.5 years, the opposition party has just come out of its shell and made several inaccurate allegations against the administration. They claim that they will quickly overturn the government and assume control. Unorthodox political groups have begun to align with the opposition. After that, they began promising all sorts of things to the general public. Some also hint that they would soon seize power and begin enacting various political reform agendas. The vast majority of citizens find these ideas ridiculous. Those with no roots in the populace keep trying to deceive people with contradictory claims.

They have tried to inspire dread in the population by taking advantage of numerous national and international events to bolster their position. The group's goal was to sow panic among the population by comparing the current situation in Bangladesh to the political and economic impasse that erupted in Sri Lanka earlier this year. They used these matters as a means of intimidation to sow discord among the populace. Several months have gone by since the tragedy in Sri Lanka. But Bangladesh remains in its dire straits. However, as reported by many international organisations, Bangladesh is not on the list of nations that may face a scenario like Sri Lanka due to the global economic slump following the Ukraine-Russia conflict. However, unlike in Sri Lanka, Bangladesh's economy seems to be on a firm ground.

There was an attempt by a group to predict that Bangladesh would experience a situation similar to Sri Lanka within the next three months when the war between Ukraine and Russia caused a price hike of daily necessities, including oil in the international market and foreign exchange reserves of Bangladesh slightly decreased. After our country's foreign currency reserves dropped below $40 billion, this faction propagated false information about the situation. But misfortune continued to follow them. Consequently, anytime they attempted to mislead the public by presenting negative information, the situation swung in favour of the administration. The primary reason for this is that Bangladesh's economic structure is robust. Bangladesh is progressing in its orbit because of the efforts of a visionary leader. Therefore, I believe it would be futile to mislead people with various misleading facts.

As of the first week of August, four economic indicators showed that Bangladesh was in a solid position. Purchase spending fell in the first month of the fiscal year, July, likely due to measures taken by the Bangladesh Bank and the government to limit the import of luxury items. The declining trend in remittances has now begun to reverse. Higher export revenues accompanied a slight uptick in inflation from the previous month. In other words, Bangladesh has renewed optimism due to positive trends in four key economic indices. Inflation in Bangladesh fell in July, according to figures from the Bangladesh Bureau of Statistics (BBS). Inflation fell from 7.56 per cent in June to 7.48 per cent in July. The 8.37% food price inflation in June dipped to 8.19% in July. The non-food rate of inflation in July was 6.39%. The analyst concluded that the economy would improve if the current upswing persists.

Undoubtedly, the global economy went into a deep slump in 2020, when the corona pandemic first broke out and lasted for two years. But compared to other major economies at the time, Bangladesh fared relatively well. As the global economy starts to recover in the post-corona period, import prices and volumes increase while the dollar weakens. This coincides with the global crisis deepening due to Ukraine and Russia's conflict. Once again, the rate of remittances dropped unexpectedly. In this situation, a vested interest group was trying to mislead people with false information. However, things were quickly put back on track by decisive leaders.

A rise in the price of fuel oil on international markets as a consequence of the war between Russia and Ukraine has prompted the government to reduce energy production and distribution throughout the country. Bangladesh is not the only country affected by this issue. The world's major economies are all following the same route. People in the United States and Europe have been urged to reduce their excessive power use. There has never been a situation in Bangladesh where the opposition party has to mislead the people with the lantern march.

The countrymen still remember the power crisis under that government 17 years ago. At the time, most of the day, the nation lacked power. However, the Awami League government led by Sheikh Hasina made excellent on their vow to electrify the nation fully. Power has been restored to Bangladesh's outlying regions. The choice by the government not to provide excessive subsidies in electricity production is being seen favourably by the people. In addition, people's overall power use has multiplied dramatically. Thus, if we all practice austerity, the government will have an easier time handling these problems.

On August 2, amid anti-government propaganda by the opposition parties, Pakistan's 'The Express Tribune' published an article headlined 'Takeaways from Bangladesh's Leadership. Sahebzada Riaz Noor, the article's author, urged the government of Pakistan to improve the economy by studying the methods used by the Honourable Prime Minister of the Government of Bangladesh. It's worth noting that Sahebzada Riaz Noor is not only a former Chief Secretary of Pakistan's Khyber Pakhtunkhwa province but also a graduate of Cambridge University. The author draws parallels between the statistical situations in Pakistan and Bangladesh and suggests taking notes from Bangladesh's leader, Sheikh Hasina.

He stated that over the previous 15 years, Bangladesh's economy had become one of the world's fastest expanding. In 1970, 75% of the population of Bangladesh lived below the poverty line, but in Pakistan, that number was just 25%. However, it is 45 per cent wealthier than Pakistan. In 1970, Bangladesh had a population that was one crore more than Pakistan's. Bangladesh has 165.1 million people, whereas Pakistan has 230 million. There was 47 billion dollars worth of exports from Bangladesh in 2021, compared to just 28 billion dollars from Pakistan. While Bangladesh's per capita income is above $2500, Pakistan's is just $1543. Using various economic data from both countries, he suggested that Pakistan's government take a page out of Bangladesh's Prime Minister's playbook while formulating their own economic strategies.

Opposition groups in Bangladesh are relentless in their attacks on the government. They disseminated erroneous information by making illogical claims against the government. But their attempts will fail since the nation is now run by a personality whose father spearheaded the fight for independence. Sheikh Hasina, the country's esteemed prime minister, has been instrumental in transforming Bangladesh into a progressive showcase during the last decade. The consensus is that this upward trend will maintain momentum over the next several days. So instead of opposing, we should appreciate the government's good works and help institutionalise democracy through the electoral process. 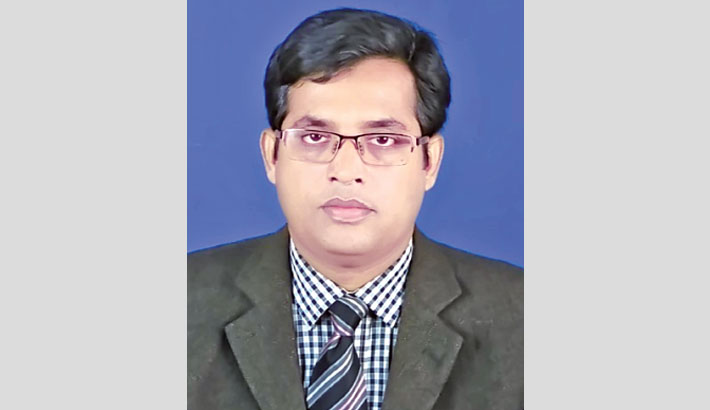 Most of Vietnam’s economic indicators in April good: WB 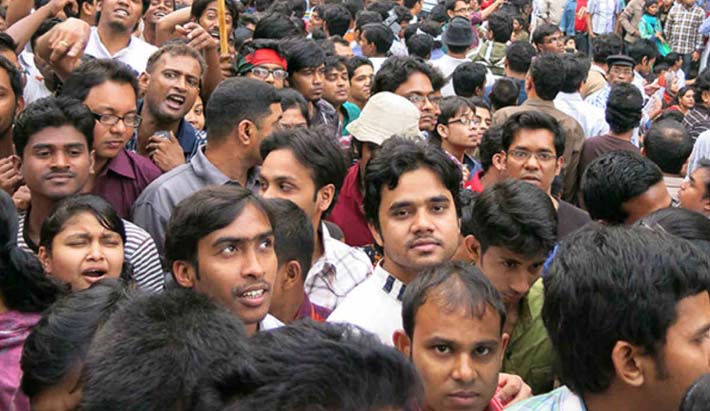 US bank upbeat about Bangladesh's economy