Bangladesh's extraordinary growth during the last 13.5 years has made it an international example. Prime Minister Sheikh Hasina has spearheaded Bangladesh's progress. By her example, Bangladesh has learned to persevere through adversity and emerge stronger today. Some predicted that Bangladesh would suffer severely from the health and economic effects of the Corona pandemic, which began in 2020 and lasted for two years. However, this was avoided due to the diligence of our revered Prime Minister. Although many other major economies have been hit hard, Bangladesh has remained relatively unscathed. In Bangladesh, neither the incidence of infection nor the number of deaths caused by corona was high. And when it comes to offering corona vaccination, the country is well ahead of many other nations.

Over seventy-five per cent of the population has been vaccinated. Therefore, despite the recent rise in Corona infections in many countries, the situation in Bangladesh is under control. As a result of the government's efforts, US Deputy Coordinator for Global Covid-19 Response and Health Security - Laura Stone - said during her visit to Bangladesh that the country has become a role model for poor and medium-income countries in terms of administering Covid services for their populations. She said, "We believe Bangladesh has a strong voice and an effective model for confronting the pandemic" (Daily Star, August 6, 2022).

The Padma Bridge, built by the Awami League government led by the Hon'ble Prime Minister, demonstrates that Bangladesh can implement such mega projects, similar to the success of the Covid-19 pandemic. After the World Bank reversed its decision to fund the Padma Bridge in 2012 owing to false allegations of corruption, many in Bangladeshi civil society and the leaders of the country's major political parties voiced their belief that the bridge would never be constructed in Bangladesh. However, at that time, the Hon'ble Prime Minister of Bangladesh promised that the Padma Bridge would be constructed using its own money. Padma Bridge will stay alive as a symbol of Bangladesh's self-esteem forever.

Governments throughout the globe, including that of Bangladesh, have been working hard since the end of 2021 to pull their economies out of the doldrums created by the worldwide corona outbreak. Even though the corona outbreak had little impact on Bangladesh's economy, the government was still working to repair whatever damage it caused. A smooth operation has been established. However, the global economic downturn returned when war broke out between Russia and Ukraine in February 2022. Oil prices rose at an incredible rate worldwide because Russia cut down or halted its oil and gas exports.

As time passed, the rising cost of fuel oil on global markets became a hot subject of conversation, prompting widespread speculation that domestic oil prices would rise accordingly. The government offered subsidies for the first few months to help people in the country. Concern has been raised about how long these subsidies can last in the face of a worldwide economic slump. On August 5, in this light, the government decided to raise the price of fuel oil.

Diesel and kerosene prices per liter have risen from Tk. 80 to Tk. 114. Meanwhile, petrol prices have climbed from Tk. 86 to Tk. 130, while octane has gone up from Tk. 89 to Tk. 135. We must admit that the recent spike in oil costs has put a damper on many people's budgets. Still, it's essential to go deep into why the government has to raise oil prices. We need a firm grasp of the global oil market pricing to respond accurately to this issue.

Using the US dollar exchange rate offered by Sonali Bank (Tk. 94.75) on August 2, 2022, we can observe that Bangladesh's oil price was the lowest compared to other nations. If we take the diesel price as an example, we find that in India, one can get it for Rs 110.95 per liter, but in Bangladesh, one can purchase it for just Rs 80 per liter on the domestic market. To put it another way, a liter of fuel in India costs around Tk. 30.95 more than in Bangladesh. Burma charges Tk. 112.56 per liter for diesel fuel, which is Tk. 32.70 higher than Bangladesh. Diesel costs Tk. 118.63 per liter in China, which is 38.36 more than in Bangladesh.

This means that up to August 5, it is safe to say that the government of Bangladesh regulated the price of oil by subsidizing it, making it much cheaper than in other nations. We must all remember that the government cannot subsidize oil prices forever. Already, we have seen a decline in our stockpile of foreign currency. July's remittances, however, had a favorable effect on foreign currency reserves. If the government does not raise the price of oil, it will be impossible for the economy as a whole to continue growing at its current pace. Therefore, the government responded by raising oil prices. However, if the market is not adequately controlled, the increase in oil prices might cause the prices of other energy-related goods to rise, which would seriously affect people's standard of living.

Government regulations on load-shedding and energy efficiency are another topic of current debate. We must now ask whether the government of Bangladesh is the sole source of this directive. The conflict between Russia and Ukraine has led to a rise in oil prices and a drop in energy output worldwide. Information from the Associated Press suggests that European governments have advised citizens to reduce their power use due to a drop in electricity output.

The French government has chosen to turn off all public lighting at midnight, as shown by the country's recent news reports. People in Europe need hot water because of the cold winters, even though the French government has advocated for a nationwide reduction in the use of water heaters. The global economic slump created by the war between Ukraine and Russia is causing governments worldwide to struggle to respond to its adverse impacts. Bangladesh's government currently has a strong position from this perspective. To maintain the economy's current speed, the government must make certain choices, such as raising the price of oil. Therefore, we must now act sensibly for the nation's benefit.

Many criticize the government's recent ongoing load-shedding and call for cost-effectiveness in power consumption, saying that the government cannot generate electricity. Those criticizing the government should remember the state of Bangladesh's electricity production from 2001 to 2006. There used to be more than 12 hours of load shedding in the country. We heard the leader of the political party of that time saying that no government in Bangladesh could provide an uninterrupted power supply at home and outside. But the Awami League government, under the leadership of the Hon'ble Prime Minister, has proved that it is possible to achieve power generation capacity. The current load-shedding in Bangladesh is not due to the inability to generate electricity. Instead, it is due to the abnormal increase in the price of fuel oil used in electricity generation.

Because of the worldwide economic downturn, the national economy occasionally experiences a drop. Therefore, we might experience some effects on Bangladesh's economy due to the economic slump induced by the war between Ukraine and Russia. We should not be freaked out due to this temporary drop. Sheikh Hasina is the right person to lead the nation, and she will ensure that all of the issues are resolved, and the economy is restored to its former glory. The government should provide this issue significant thought and act to alleviate the people's suffering by lowering the cost of oil. With such exceptional leadership at the helm, I believe that Bangladesh will make the right choice at the right time. 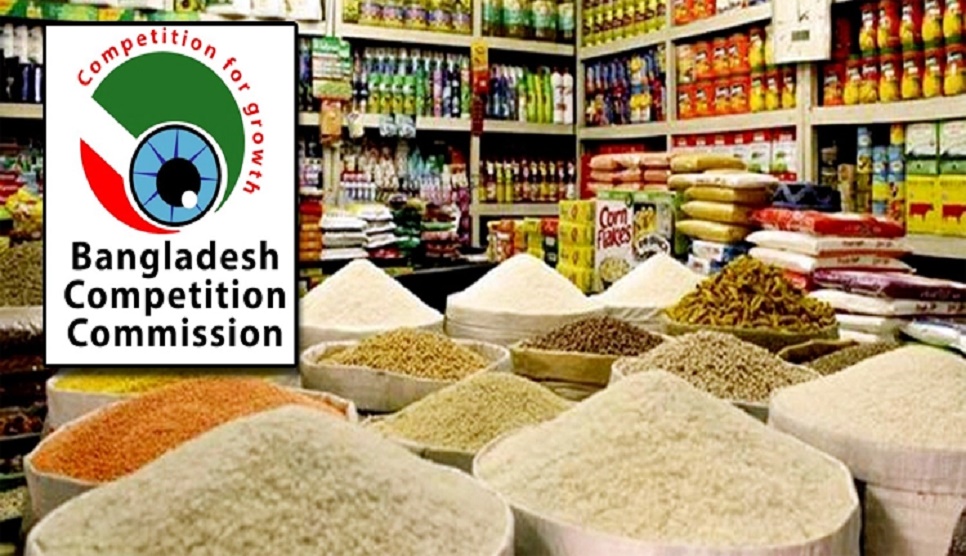 No respite from price hike 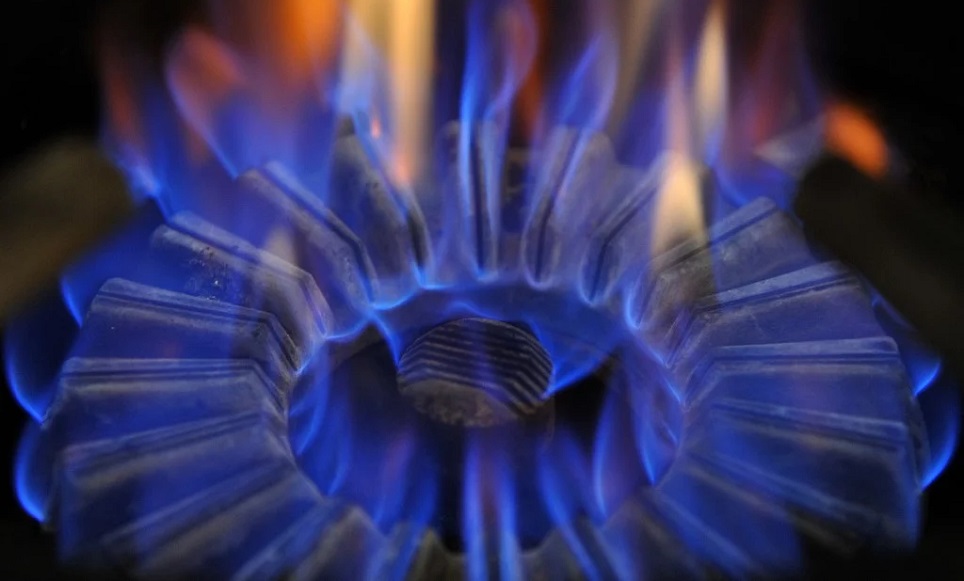 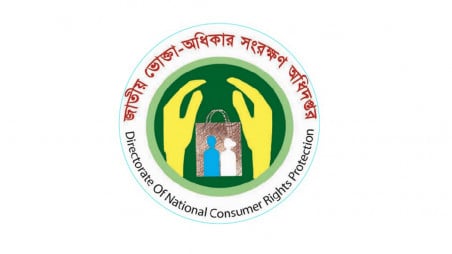 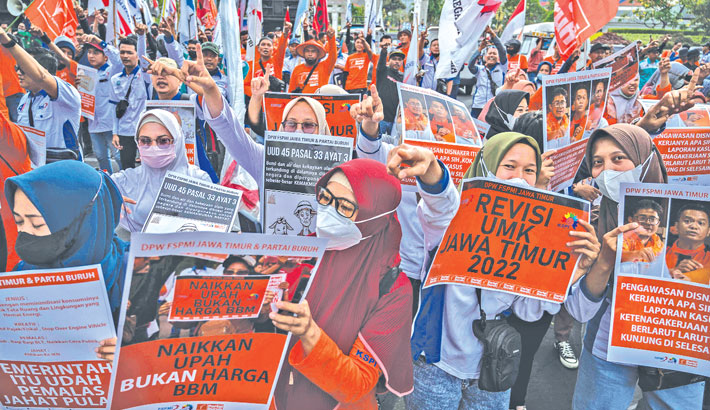 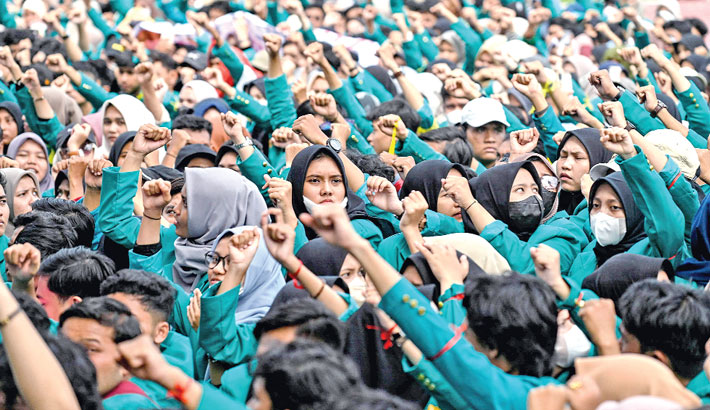