A man has been arrested over the death of six people in a devastating fire in a building that houses a plastic factory and a restaurant in Chawkbazar of Old Dhaka on Monday.

The arrestee has been identified as Fakar Uddin, owner of the Barishal Hotel and Restaurant.

Earlier, police filed a case over the incident on Monday night. .

Six people were killed as a devastating fire tore through a building that houses a plastic factory and a restaurant in Chawkbazar of Old Dhaka on Monday.

Several people were also reported to have remained missing in the incident.

The deceased could not be identified yet. However, it was learnt that all of them were employees of ‘Barishal Restaurant’ situated on the ground floor of the building.

The fire broke out around 12 noon. The fire service primarily suspected that the fire was caused by the explosion of a gas cylinder.

Some 10 units of fire service rushed in and brought the fire under control around 2:20pm. Later, firefighters retrieved the six bodies from the debris.

It was learnt that the deceased were sleeping in a room on the extended top floor of the building after their night-shift duty.

After bringing the fire under control, Warehouse Inspector of Fire Service and Civil Defence Anwarul Islam said they recovered six bodies from the building.

Fire Service Director (Operations) Lt Col Zillur Rahman told reporters that the fire originated at the restaurant and later it engulfed the other floors.

The first and second floors of the building house the plastic factory while the third floor is the warehouse of plastic toys, fire officials said.

The fire also damaged parts of a nearby building, he said, adding that as soon as the information was received, 10 firefighting units from Lalbagh, Sadarghat and central office went to the spot.

After frantic efforts, the firefighters managed to bring the blaze under control around 2:20pm.

Around 4:15pm, a man named Abdullah claimed that his brother Billal used to sleep on the second floor of the building. He was caught in the fire.   A fire service worker climbed up the ladder and peered through the window to confirm that six bodies were there.

The fire service said all the buildings, including the factory one, in the area are at risk.

While briefing reporters around 2:30pm, Zillur Rahman said they found that there are many factories in the surrounding buildings, which are very dangerous.

Besides, people are living in many buildings, he said, adding that this may multiply the risk.

An investigation committee was formed to look into the fire incident.

On June 3, 2010, a devastating fire broke out at a chemical warehouse at Nimtoli in the old part of the capital, killing at least 124 people, including 11 of a family, and injuring over 200 others. 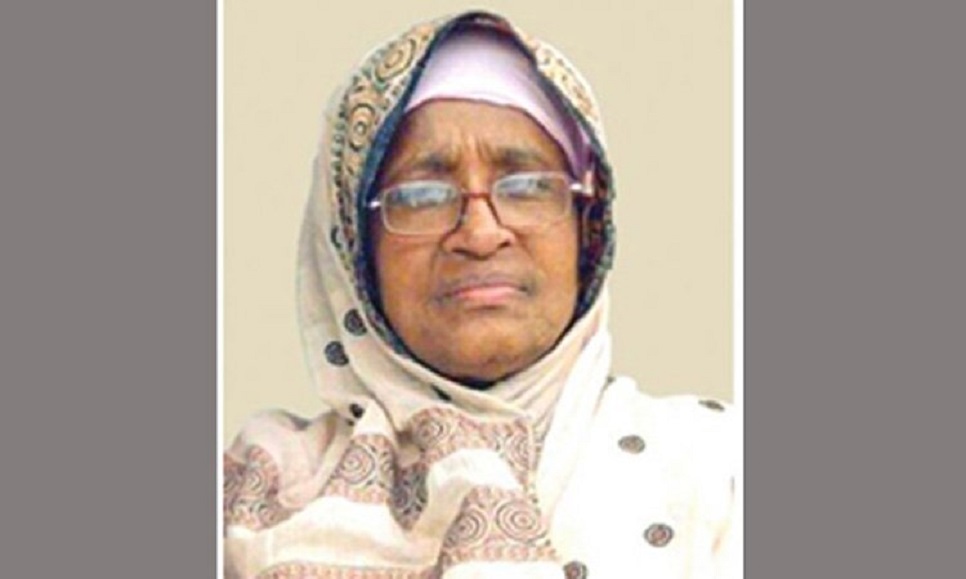 Chawkbazar fire victim families to get Tk 2 lakh each: Monnujan 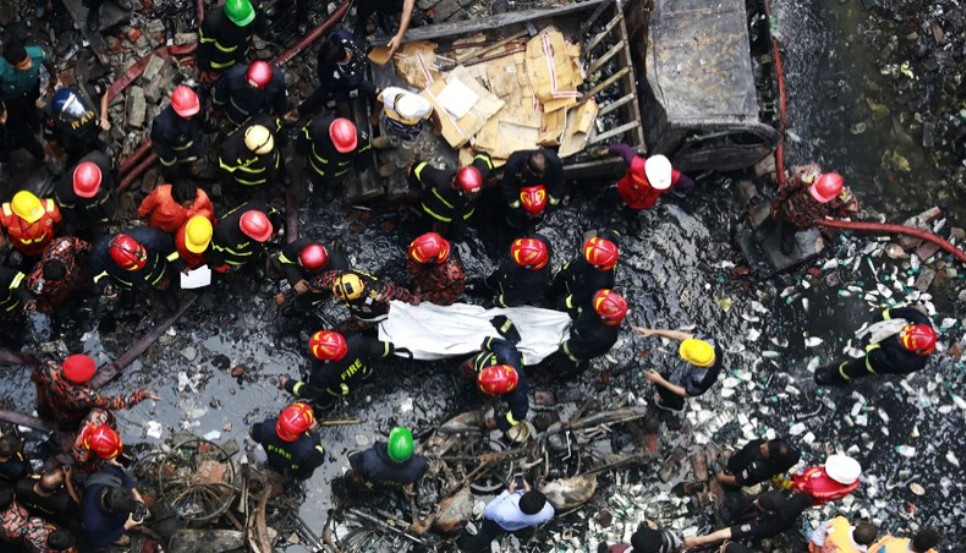 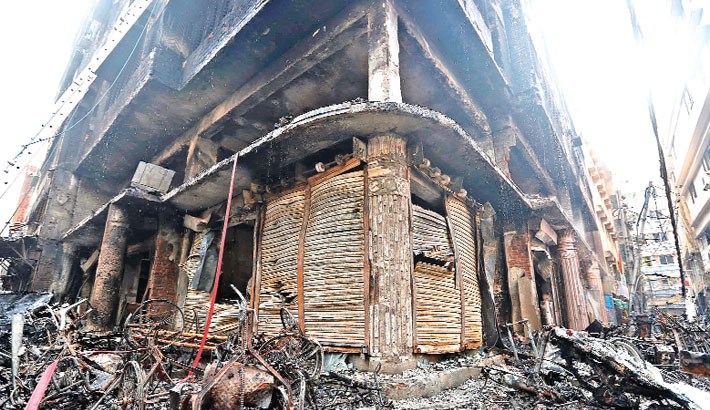 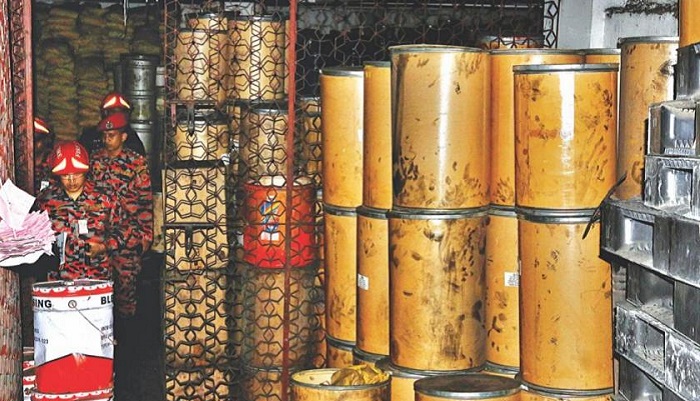 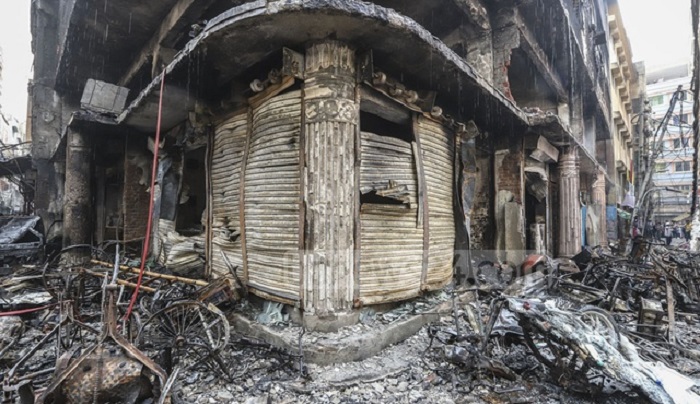 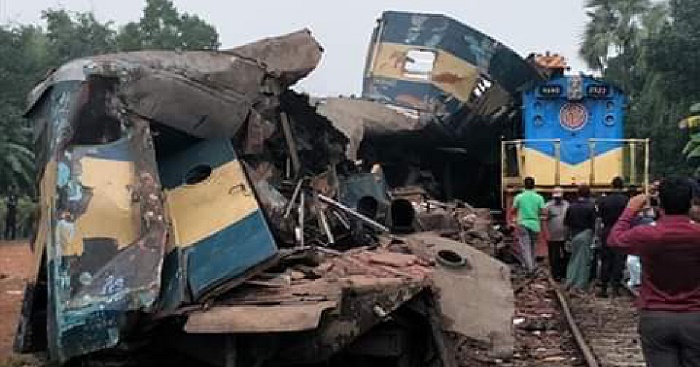 The incidents that shocked all in 2019 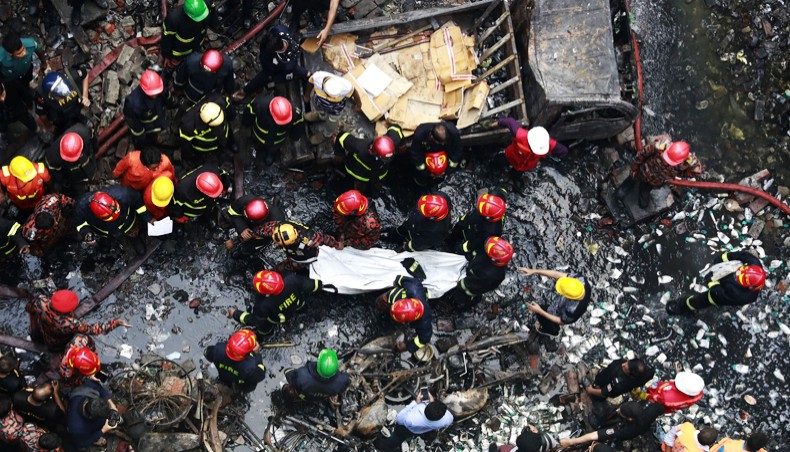 Probe report in case over Chawkbazar fire on June 17 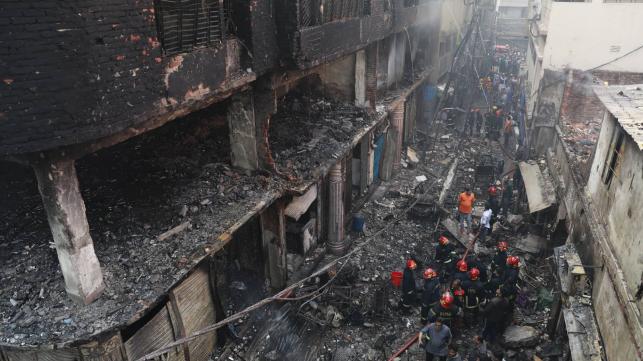