Some national newspapers have printed news that UNOs and DCs will supervise and monitor the educational institutions. The news has sparked a little reaction among the conscious section of teachers. However, discussion and reaction in the massive form has not been discerned. Newspapers also say that in the DC conference they placed this proposal. Basically, UNOs and DCs are looking after the institutions currently, though not so closely. Implementation of any educational decision at the primary and secondary level needs suggestion and consent of Upazila and District Education Officers because of their protocol, superiority and smartness, though Education Officers at the field level, to speak the truth, have not yet shown the desired amount of smartness and efficiency. Their inefficiency and weakness in some areas might be the reasons of UNO and DCs’ desire to involve in the education administration. Upazila and District Education Officers do not belong to education cadre, still we think, they can play a vital and very significant role in enhancing the quality of education. However, they seem to be miser in this case as their true interest in academic affairs hardly appears. With some exceptions, this is the picture of the field administration of education.

The real monitoring and boosting academic affairs see extremely poor nursing from the education officers who remain questionably busy with other things. Most of them want to become bosses and administrators and behave accordingly along with their close involvement in the affairs where monetary gains prevail. This situation has accelerated the doom of education and real administrators’ desire to get involved in education has come to the point of discussion. When UNOs and DCs will start real monitoring and supervising educational institutions, what will the education officers do?

The role of the so-called committees in the non-government educational institutions has given rise to big questions whether they contribute anything to education and its quality. In recent times, many areas of the country have experienced public representatives’ swooping on the teachers and torturing them physically and mentally. The newspaper reports also say that heads of many educational institutions are afraid of MPs and the committee members belonging to the MP’s party and group. As a result, the non-government education institutions that play a greater role in the education of the future generation are failing to appoint well-qualified candidate as teachers.

Our deputy commissioners are in one sense like district governors who implement the government decisions of the state. The British introduced this system to run and lengthen their rules in a different continent. Though replacing the system with progressive thoughts and making district administration more public oriented were desirable, the policymakers have instead been strengthen the age-old system since the desired role of public representatives at the district level has not ensured or established so far. The government still depends on these administrations for implementing all of its plans and programmes. Public representatives have miserably failed to play the neutral role in the greater interest of democracy and nation. And so, the dependence on UNOs and DCs still continues, actually increasing gradually. When this is the case, what is the harm of the new policy?

Strong bureaucracy may linger to give service to the citizens but corruption happens there in the minimum level as bureaucratic tangle hardly allows public representatives’ easy access. The principle and main centre of bureaucracy is secretariat where access was very very limited and restricted for common citizens. People used to get afraid of the decision of the secretariat. All things had to go through proper channel and complying with rules and principles. To ease this thing and empower the public representatives many efforts have been made in many years. However, no good and reasonable result has come out yet. As its by-product, corruption has multiplied. Today union council chairman, even members, easily get into secretariat and try to influence any decision and bring it in their favour. Does it mean the knot of bureaucracy has become easier for widening avenue for public welfare? Does it mean it is public welfare oriented? At the district level, DC office was like another secretariat. Now some call it public welfare orientated administration. Basically it is not. Local musclemen challenge the decisions of the district administration. In spite of these facts, the administrative officials are still far better than so-called managing committee members as the officials in the administration have to go through process and guidance, though these are now subject to change.

When a teacher or head teacher or a principal will be employed in an educational institution, it is expected that the best and dedicated candidate should be recruited. That also goes with the teaching philosophy. However, showing thumb to this philosophy, the local public representatives and their cronies try up and employ their loyal people as teacher or head teacher or principal. Illegal exchange of money also plays here greater role. In this situation, how can we expect quality teachers and quality education administration? As the local leaders and their group members remain engaged, the teachers, guardians and real education loving people cannot do anything against their decision. When this is the reality, UNOs and DCs’ direct involvement will exercise a positive impact in education administration. I talked to many teachers who also hold the same opinion as they love UNOs and DCs more than corrupt public representatives and their loyal committees. Of course, exceptions are there in some places.

Our education has dropped into a long term trap due to the pandemic. Educationists, teachers, institutions and all concerned struggle to grapple the way how to minimise the learning loss we have already incurred. Notwithstanding the fact, many educational institutions remain closed to accommodate political meetings and conventions. To welcome the leaders, students are kept waiting for hours. All these seem to be inimical decisions in the field of education. As the open fields have squeezed, school play grounds are used frequently for any kind of social gathering, meetings, religious gatherings, holding special fairs or markets, seriously hampering the academic activities but who bothers. Teachers in most cases are not in the position to obstruct these plans as public representatives and their followers time and again swoop on them, threaten them and even manhandle them. That definitely exposes the grim picture of our society. In this situation the UNOs and DCs can take some steps to rein such type activities. However, the so-called management committee who actually do not have any contribution to education with some possible exception should be abolished in the greater interest of the nation, placing the responsibilities to the local administration and to boost up and empower the local education administration. Of course, education officers should play really education-friendly role otherwise, the slanting trend of education quality cannot be obstructed.

The writer is the President of English Teachers’ Association of Bangladesh (ETAB). 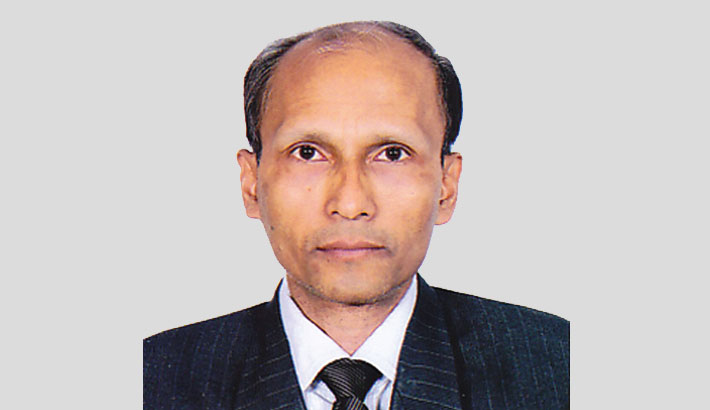