Chinese Foreign Minister Wang Yi arrived in Dhaka on 6 August on a two-day visit. This time, he is also visiting other countries in the region. On the day of his arrival, he went to Bangabandhu Memorial Museum in Dhanmondi to pay respect to the memory of Father of the Nation Bangabandhu Sheikh Mujibur Rahman. He went around the museum and signed the visitor's book. Wang Yi’s earlier visit to Dhaka was in 2017. However, this visit was held in a slightly different scenario when, on the one hand, there is tension between China and the United States over the visit of the Speaker of the US House of Representatives Nancy Pelosi to Taiwan, and on the other hand, some development is expected to be made in solving the Rohingya crisis.

The Chinese Foreign Minister had a bilateral meeting with the Bangladesh Foreign Minister on the morning of 7 August and a number of documents were signed at that time. Immediately after paying a courtesy call on Prime Minister Sheikh Hasina, he left Dhaka for Mongolia before noon.

Economic issues, especially bilateral trade and Chinese investment in Bangladesh, were discussed in detail at the meeting held between the two countries. Bangladesh also raised the issue of full implementation of the 28 projects agreed during the visit of Chinese President Xi Jinping to Bangladesh in 2016. The volume of Bangladesh's exports to China is, in fact, insignificant compared to China's exports to Bangladesh. As an effort to reduce the huge gap in bilateral trade, Bangladesh asked for duty-free access of all Bangladeshi products in China. However, China agreed to raise it from the current 97 percent to 98 percent.

In view of the evolving situation, Bangladesh sought active cooperation from China for the safe repatriation of Rohingyas to their own land and China agreed to extend that. China's Foreign Minister explained their concern over Taiwan. He also drew Bangladesh's attention to the geopolitical importance of the region. He expressed the hope to get Bangladesh beside them in their initiatives like 'Global Development Initiative (GDI)' and 'Global Security Initiative (GSI)'. China expressed satisfaction that Bangladesh had very clearly reiterated its support for the 'One China' policy.

After the bilateral meeting, four documents were signed, such as the exchange programme under the existing MoU on cultural cooperation, the MoU on disaster prevention cooperation, the MoU for cooperation on marine science and technology between the University of Dhaka, Bangladesh and the First Institute of Oceanography, China and the handing over document of the eighth Bangladesh-China Friendship Bridge built on the Kocha river in Pirojpur with Chinese fund.

The Chinese Foreign Minister visited Bangladesh at a time when- (a) two weeks ago the International Court of Justice dismissed Myanmar's all preliminary objections to the Gambia's genocide case against Myanmar allowing the case to proceed; (b) The previous week's ASEAN Foreign Ministers' meeting in Phnom Penh that strongly criticized the Myanmar junta government's execution of four political activists as well as urged the junta administration to take effective measures to resolve the crisis ahead of the ASEAN summit in November; and (c) the visit of the US House of Representatives Speaker Nancy Pelosi to Taiwan over strong Chinese objections. China strongly opposed and condemned it. They consider it a serious violation of the 'One China' policy.

Welcoming the verdict of the International Court of Justice, Bangladesh has said that it maintains that the question of international justice and accountability will be critical in finding a durable solution to the Rohingya crisis, and would also prove to be a confidence-building measure for the sustainable repatriation of Rohingyas to their homes with their legitimate rights restored. Analysts and rights activists also believe that the verdict has created a new scope for the world to mount pressure on Myanmar's military for ensuring justice for the Rohingya.

In this context, it should be noted that the 55th ASEAN Foreign Ministers meeting held in Phnom Penh, Cambodia pointed out that the junta government has made no progress in implementing ASEAN's previously adopted 5-point plan to return Myanmar to normalcy. Some members also raised the issue of banning the participation of junta government’s ministers in any meeting, including the summit to be held in November, if there is no progress on the plan. The Foreign Minister of Bangladesh also attended the ASEAN Regional Forum meeting and called for an economic embargo on Myanmar. At that time, he also discussed the Rohingya crisis while meeting his counterparts of other countries and sought their support for the repatriation of the Rohingya.

It is hoped that due to the improvement of the Corona situation, the discussion on Rohingya repatriation will regain momentum this year. On the other hand, the verdict of the International Court of Justice will definitely have some impact on the junta government of Myanmar. If ASEAN member countries continue to put pressure on Myanmar, Myanmar may be forced to come forward to solve the Rohingya problem. China's role is also very important in this regard. If China really wants the Rohingya repatriation process to start now and puts pressure on Myanmar to do so, then repatriation will be much easier. But it is China to decide what they will do. As Cambodia's Foreign Minister while talking to reporters at the ASEAN Foreign Ministers' Conference said that not even a superman can solve the Myanmar crisis; likewise, it may be said that Myanmar cannot be persuaded to repatriate the Rohingya, unless Myanmar could be persuaded to agree under various pressures and strategies. Anyway, by analyzing the overall situation, Bangladesh needs to follow the appropriate strategies to take advantage of all these opportunities.

As the world sweats its way out of the economic recession caused by the coronavirus pandemic, the effects of the Russia-Ukraine war are derailing those efforts. As a result, food production in the world is disrupted; people's living expenses are increasing every day. Economically the entire world is facing terrible suffering. If the Taiwan tension again creates a misunderstanding between China and the United States and creates an uncertain future, it will undoubtedly cause a great disaster for humankind. In this case, the leaders of the two countries are to be patient and not take any decision that might harm the people of other countries besides their own people. Just as we want a quick end to the war between Russia and Ukraine, we also want a peaceful de-escalation of the tensions surrounding Taiwan. War only destroys. Recovery from destruction is a very difficult task.

Bangladesh's policy regarding Taiwan is very clear. A few days before the Chinese Foreign Minister's visit, Bangladesh's State Minister for Foreign Affairs said, "Bangladesh has always believed in the 'one China' policy." On 2 August, our Ministry of Foreign Affairs also reiterated Bangladesh's support for the 'One China' policy through a statement. Except echoing the same statement, Bangladesh does not seem to have much room to say anything more. And on other regional or international initiatives or issues, Bangladesh must take decisions considering its own interests, advantages and disadvantages, and I believe Bangladesh is capable of doing so.

Although China has agreed to increase the duty-free benefits of Bangladeshi exports to the country by one percent, but this tariff facility will not be able to contribute much in increasing Bangladesh's exports to China. Truly speaking, compared to the amount of China’s exports to Bangladesh, our amount is very negligible. If we want to reduce our trade gap with China, we have to think about other options and faculties besides duty-free benefits.

We expect that the visit of the Chinese Foreign Minister will play an active role in the quick and safe repatriation of the Rohingyas staying in Bangladesh, in making the friendly bilateral relations between the two countries more sustainable, meaningful and strong, in strengthening the mutual trust and confidence of the two countries as well as the peace and prosperity of the region.

The write is a former Ambassador and Secretary. 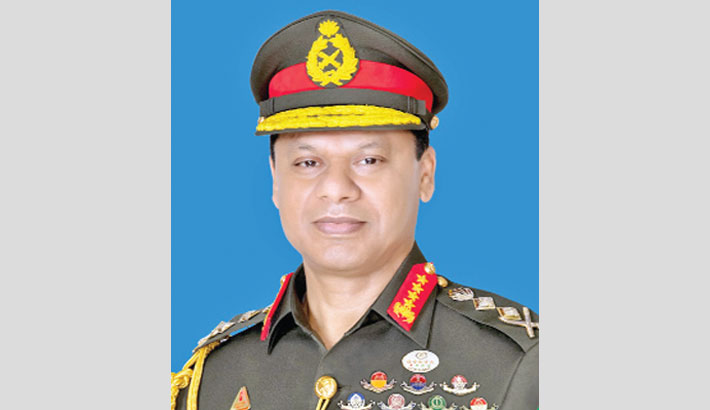 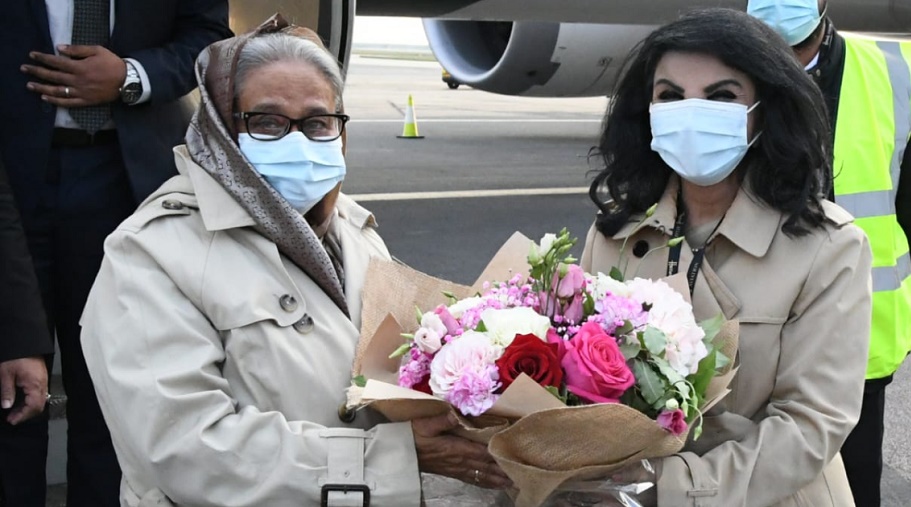 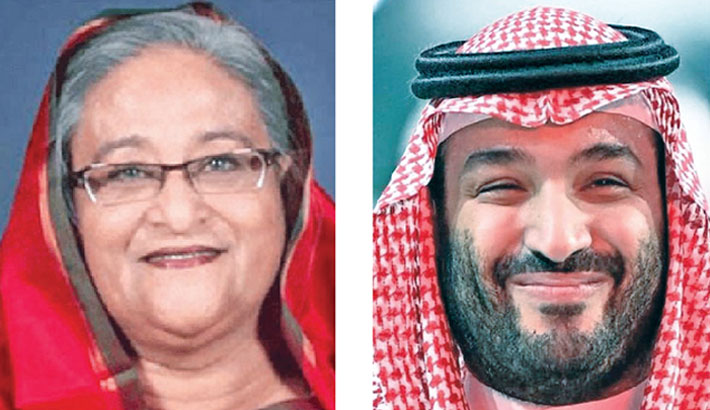