The election of Joe Biden as the 46th President was a direct indicator of the total reversal of the policies adopted by his predecessor. In the case of US foreign policy, President Biden renewed American commitment to its European allies and multilateral initiatives. However, US foreign policy dynamics under the Biden Administration in the Middle East resemble a lot similarity than differences when compared to the previous administration’s policies. In fact, every US president’s policies toward the Middle East are centred around the fundamental pillar of protecting the status quo of a Jewish sovereign state in the region. In recent years, US policies have been designed to facilitate normalised relations between Israel and the Arab countries. President Biden’s policies can be labelled as the extension of the Abraham Accords, which were signed during the Trump presidency and aimed at normalising Israel’s relations with the UAE and Bahrain. However, there are certain subtle differences.

President Biden’s policies on the Middle East were unveiled through his recent visits to Saudi Arabia and Israel. The policies can be analysed as both rapprochement and a redesigned American engagement. The re-establishment of harmonious relations with Saudi Arabia had long been a pending task for the Biden administration. As President Biden, along with his fellow Democrats, were vocal critiques of the murder of the Saudi Arabian Journalist Jamal Khashoggi, Crown Prince Mohammed Bin Salman decided not to render support in the context of the Russia-Ukraine war. The war is entering its sixth month and the fallouts of the war have been felt worldwide. The US cannot afford to lose its oil-rich allies in the Middle East amid the war in Ukraine. Therefore, it was more or less expected that the Biden administration is ready to keep the issue of human rights violations aside to safeguard its national interest. Anyone familiar with the history of US foreign policy will be aware of the fact that this is not the first instance of this kind. Moreover, the issue of human rights also gets sidelined in the case of US-Israel bilateral ties.

The Biden administration’s Middle East policy also indicates the beginning of a redesigned engagement. Earlier, the American engagement was revised in the form of a new strategy where a problem-solving approach was adopted. But the new approach is designed to revise the context itself. It involves a new state actor – Israel. The US has created a security dilemma for Middle Eastern countries. These countries are in a dilemma regarding how much security is enough to counter the threats of Iran. There is also a renewed level of threats posed against the territorial integrities of the Middle Eastern allies of the US. The drone strikes on the oil refinery facilities in the UAE and Saudi Arabia by the Houthi rebels of Yemen were wake-up calls for the political leadership of these countries. In this context, the US facilitated the stepping up of Israel to provide the security of the Middle Eastern countries. The alliance seemed unlikely but its formation happened due to three reasons. Firstly, the understanding that Iran poses a uniform threat to the national security of both Israel and the Middle Eastern countries was a significant breakthrough in normalising Israel’s bilateral relations with these countries. It does not provide a context for collective security due to the innate absence of socio-political bonds among the Middle Eastern countries. Still, it definitely strengthens bilateral relations on the ground that the enemy for both parties is the same. Secondly, the rise of Turkey in Middle Eastern and European politics is perceived as a threat to the prospect of Saudi’s regional dominance. Thirdly, the US deliberately created a vacuum of a security provider for Saudi Arabia as the former started to decrease the number of missile defence systems deployed in the latter country. Consequently, the stage for Israel was set up to emerge as a credible security partner for the Middle East.

Israel came to the scene as soon as the Iranian-sponsored Houthi rebels had intensified their attacks. There were correspondences at the highest level. It was also reported that the representatives of four GCC countries – Saudi Arabia, UAE, Qatar, and Bahrain, along with the Jordanian and Egyptian representatives, met with the Israel Defence Forces (IDF) Chief of Staff in the last month. Israel’s approach to its new diplomatic position in the region will be based on the bilateral dynamics with the Middle Eastern countries. The Middle East is not a homogenous region, but rather it features a wide range of diversity. Tribalism is the defining feature of Middle Eastern society, and the levels of social cohesion and social fabric are relatively low. Therefore, it is not conceptually right to analyse the region as a homogenous one and linearly predict the political development. Israeli policy will be specific to what a specific country’s political leadership aims to achieve, rather than consider the regional dynamics. Consequently, the problematic issues for the region will not be resolved any time soon. The Israel-Palestine issue will be overshadowed by this redesigned US-backed Israeli engagement. Moreover, the conflict with Iran will intensify as the Middle Eastern alliances against the Persian country have a new leader. It will be wrong to assume that the US has withdrawn the strategic importance of the region from its strategic doctrine. Actually, it has redesigned its policies around its most trusted ally in the region – Israel. Another element of the redesigning policy is that the US is revitalising its involvement in the Indo-Pacific region. In the context of the Russia-Ukraine war, US foreign policy needs to be innovative and adaptive to the emerging situation. The redesigned Middle East policy is one of the important parts of this requirement. However, the nature of the volatility of the region should be taken into consideration as the previous US policies have largely failed to prevail in a peaceful political situation in the region.

The writer is a Research Officer, Bangladesh Institute of Maritime Research and Development (BIMRAD) 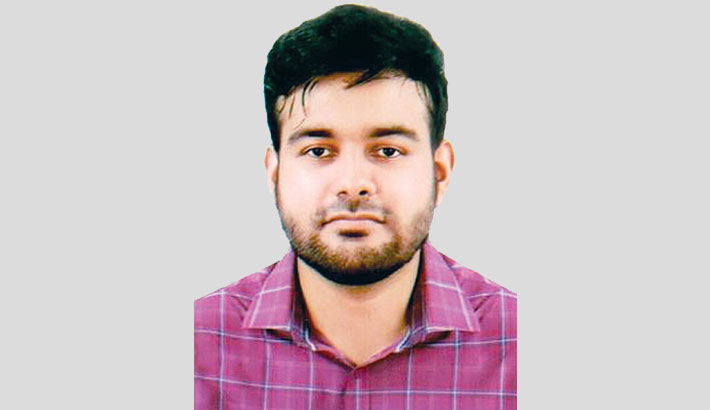 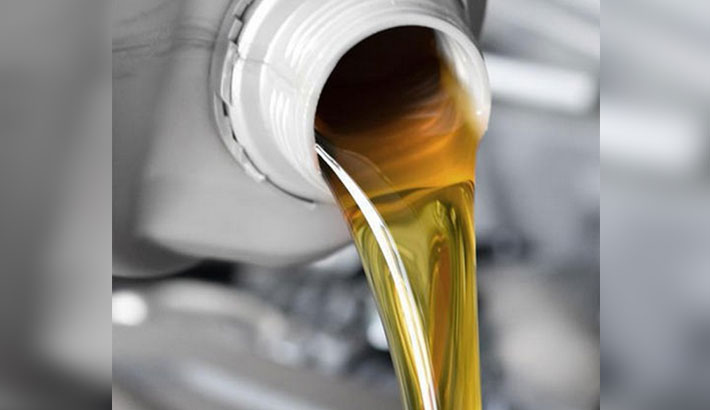 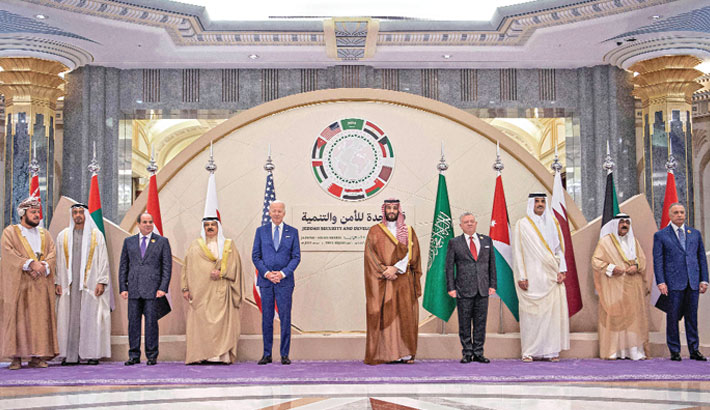 US won’t ‘walk away’ from Middle East 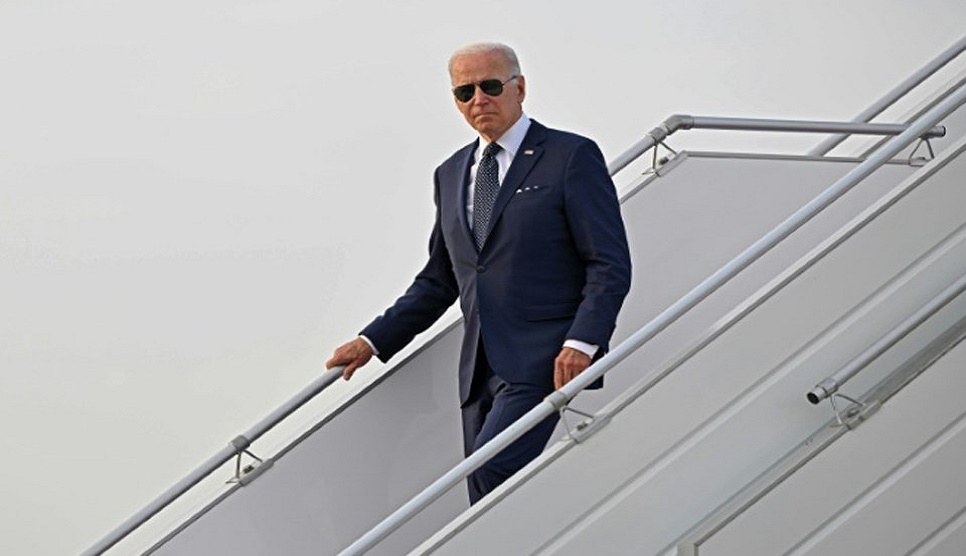 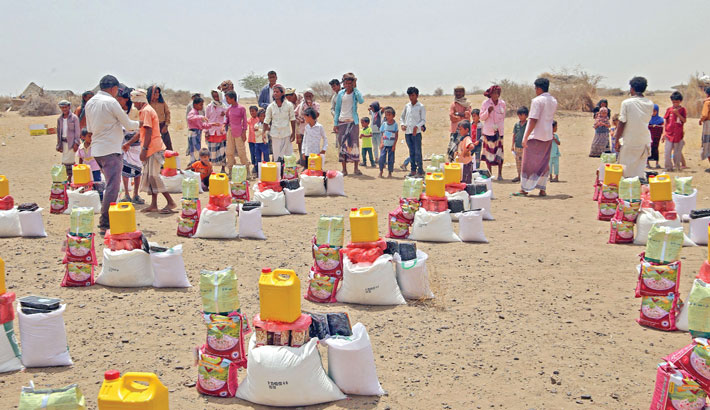 Yemenis displaced by the conflict, receive food aid and supplies to meet their basic needs, at a camp in Hays district in the war-ravaged western province of Hodeidah on Tuesday, as food prices have doubled since last year and the fact that Ukraine supplies nearly a third of Yemen's wheat imports has heightened fears of a deepening famine. The disruption in export flows resulting from Russia's invasion and international sanctions has spurred fears of a global hunger crisis, especially across the Middle East and Africa, where the knock-on effects are already playing out. – Photo AFP