Search and rescue teams backed by the National Guard searched Friday for people missing in record floods that wiped out entire communities in some of the poorest places in America. Kentucky’s governor said 15 people have died, a toll he expected to grow as the rain keeps falling.

“We’ve still got a lot of searching to do,” said Jerry Stacy, the emergency management director in Kentucky’s hard-hit Perry County. “We still have missing people.”

Powerful floodwaters swallowed towns that hug creeks and streams in Appalachian valleys and hollows, leaving vehicles in useless piles, crunching runaway equipment and piles of debris against bridges and swamping homes and businesses. Mudslides on steep slopes left many people marooned and without power and made rescues more difficult.

“It is devastating,” Gov. Andy Beshear told CNN before touring the disaster area. “Our number of Kentuckians we’ve lost is now at 15. I expect it to more than double. And it’s going to include some children.”

“Places where there were mobile homes and houses, there’s nothing there now ... It’s unbelievable to see,” Stacy said. ”You get 8 inches of rain in three hours, it’s just not anything that we have ever seen -- ever, here.” 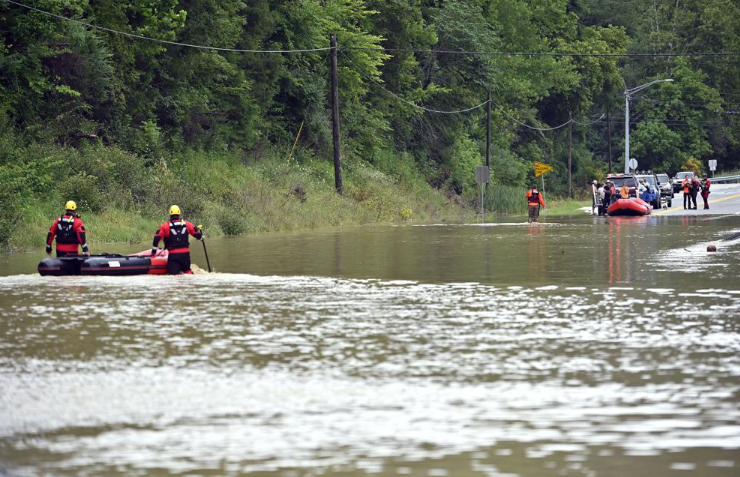