11 killed in train-microbus collision in Ctg

At least 11 people were killed after a speeding train hit a microbus at a level crossing in Mirsharai upazila of Chattogram on Friday.

The tragedy occurred around 1.30pm at the unmanned level crossing near Bara Takia station of the upazila, officials said.

Witnesses told UNB that the Chattogram-bound Mahanagar Provati express rammed into the microbus, dragging it several hundred metres down the railway track.

“The identities of the deceased, who were all passengers of the microbus, have not yet been confirmed," said Kabir Hossain, officer-in-Charge of Mirsharai police station.

"But it is likely that all of them were tourists heading towards Khaiachara waterfall in Mirsharai,” he added. 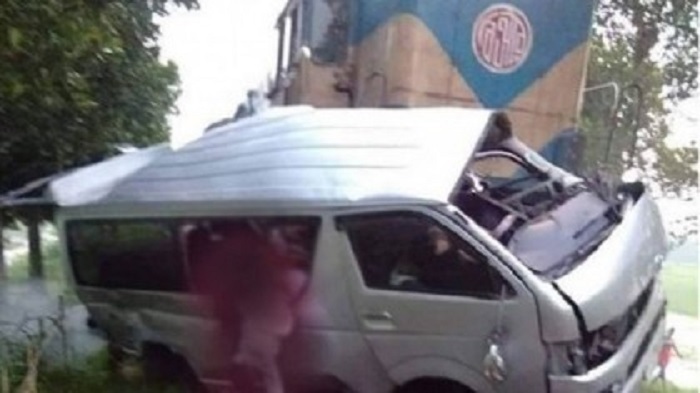