Zimbabwe will not be an easy prey as people think: Taskin

Bangladesh fast bowler Taskin Ahmed believes that Zimbabwe won't let them make the series victory in both ODI and T20 format a cakewalk even though they had an absolute upper-hand over the East African opponent.

According to him, Bangladesh will have to play their best cricket since they will play the series on Zimbabwe's soil. Having said so, Taskin warned his side not to be complacent ahead of the series.

"Hoping for good results but Zimbabwe won't be an easy opponent as the people like to think," Taskin said before leaving the country with T20 squad in the early hours of today.

"Last year we played there and won every match but we had to go through tough times. I think we'll face hard time this time around also. Of course the aim will be to win the series. But it won't be easy."

Taskin didn't reveal his personal goal straightway but said he will keep trying to help the side win as many matches as he can.

"Personal goals will remain the same-to win as many games as I can on my own. As before, we will try to give the best. I should contribute to winning the match. I should bowl well consistently. But everything will depend on the wickets."

The lanky fast bowler said despite being consistent in the last two years, he is yet to reach his desired destination.

"Last two years there is continuous improvement but still I don't reach the place or don't show the game I am craving for. Yes, I am in a good position now but I have to stay fit for longer period and contribute in winning matches regularly."

He also has high hopes on Nurul Hasan Sohan's captaincy even though he will lead the side for the first time in International cricket.

"I hope Sohan will definitely do well. He always does well in domestic cricket. However, international cricket is different entity. But hopefully he will do well there too," he remarked.

As the two big events -- Asia Cup and T20 World Cup are coming up, Taskin said it is high time to gain the confidence by winning the series against Zimbabwe. Bangladesh however won just three matches in the last 16 outings.

"We are not performing in T20 as it is expected. But we are learning from our mistakes. Hopefully we'll do well in Zimbabwe series and gain the confidence ahead of these two big events," Taskin concluded. 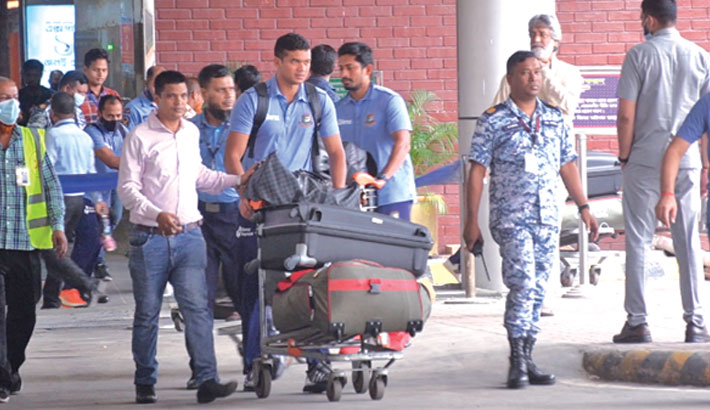 Bangladesh pacer Taskin Ahmed and others are seen upon their arrival at the Hazrat Shahjalal International Airport in Dhaka from UAE on Sunday. Bangladesh lost both their Group B matches against Afghanistan and Sri Lanka respectively to bear an early exit from the competition. –COLLECTED PHOTO 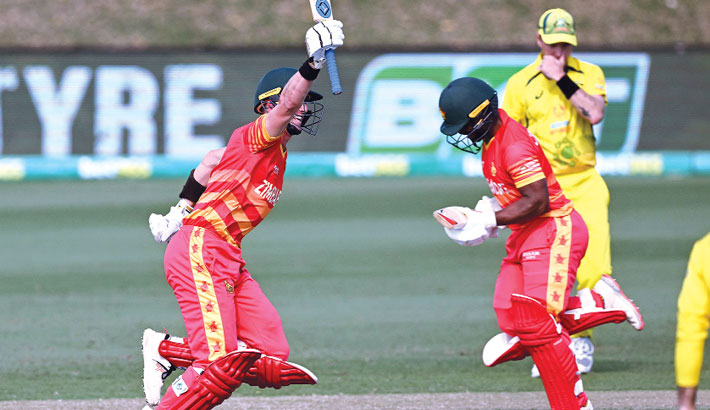 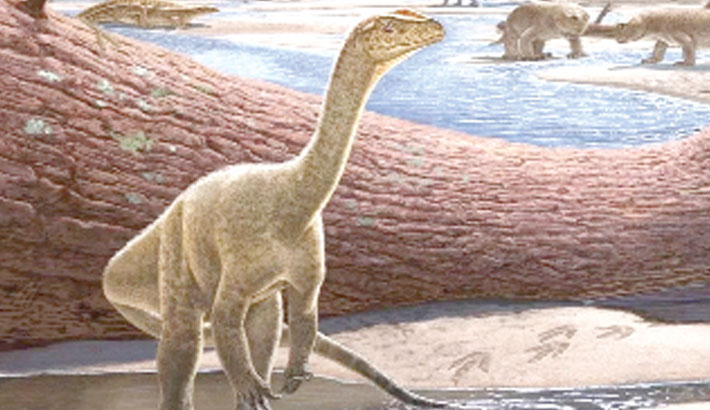 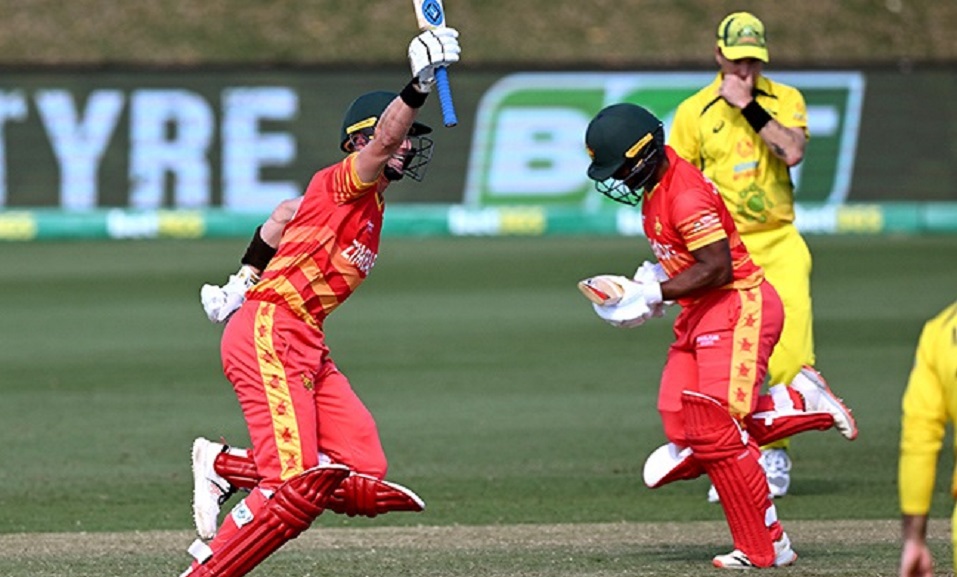 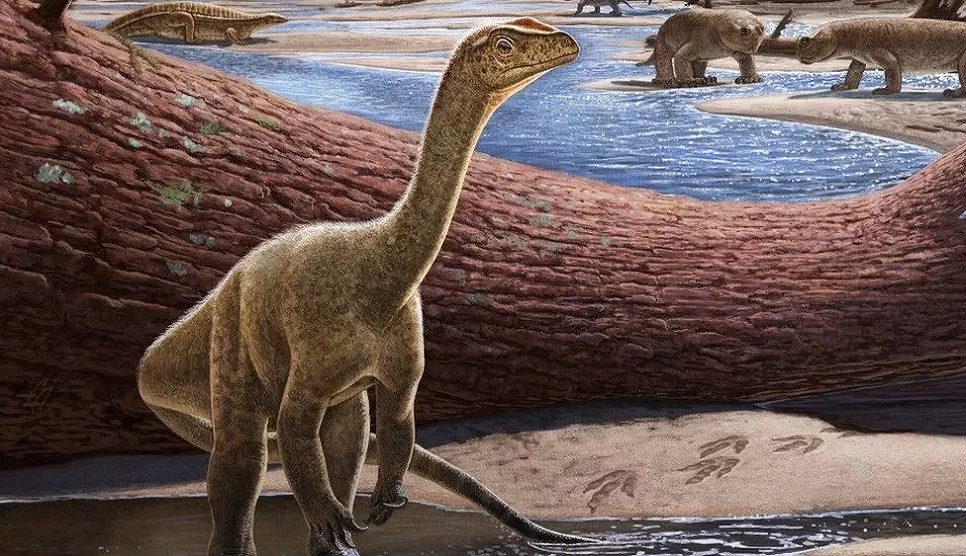 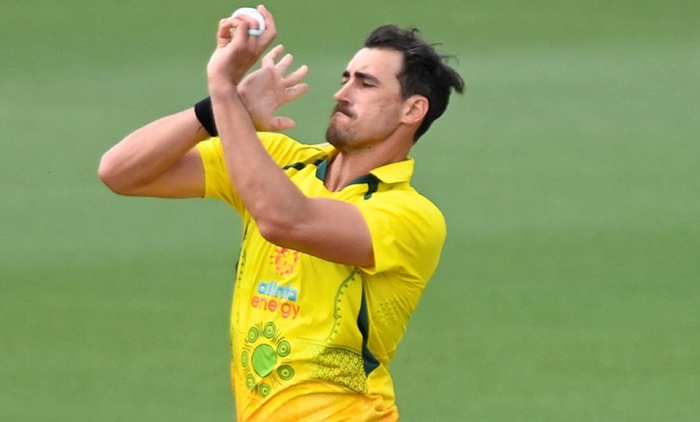 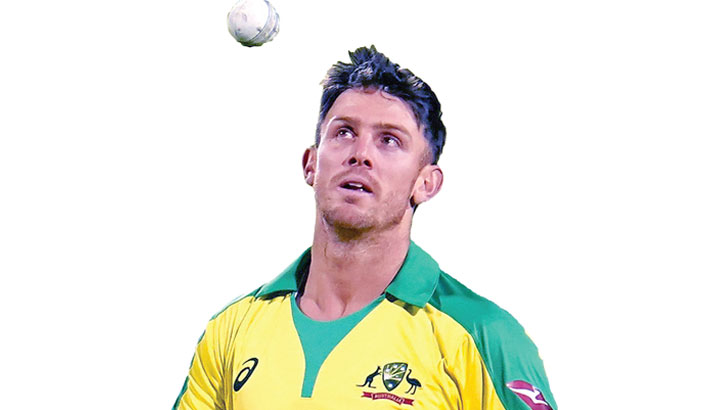 Australia’s Marsh out of Zimbabwe, NZ series with injury