A fraudster is introducing himself as vice-chairman of Bashundhara Group in social media with the family identity of country’s largest industrial conglomerate.

The fraudster has opened social media accounts using his own photograph and introducing himself as one of the youngest managing directors and vice-chairman of Bashundhara Group.

The cheat is also claiming to be the chairman of a non-existent company called Fluji Garments. And with this fake information, several Facebook IDs, Facebook pages, YouTube channels, Twitter and LinkedIn accounts have been opened.

He is accused of harassing and deceiving common people by using this fake identity.

According to the GD, a person named Siam Sobhan Sanvir has opened accounts on Facebook, Instagram and YouTube introducing himself as the vice-chairman of Bashundhara Group. From that account and Facebook page, he is making Bashundhara Group’s business-related posts. The proof of which has been attached with the GD.

Besides, Siam Sobhan Sanvir has managed to obtain an NID card by introducing Bashundhara Group Chairman Ahmed Akbar Sobhan as his father and Afroza Sobhan as his mother. Recently, the matter came to the group’s notice. There are even reports from various quarters that a man named Sanvir is involved in anti-social activities.

Apart from this, regular videos are being released from the YouTube channel named Siam Sobhan Sanvir. These activities are tarnishing Bashundhara’s reputation.

Both the numbers were found blocked. A search on Truecaller App revealed that the number 01837686077 was saved as Sanvir Sobhan.

The Twitter account of the accused was also found. https://www.twitter.com/SiamSobhan. By clicking on this link, it was seen that in the cover photo, he wrote ‘Siam Sobhan Sanvir, Vice Chairman of Bashundhara Group’.

It has been learnt that two young women were recently deceived by this cheat. According to a written complaint, there was a bill of Tk 70,038 in the name of this ‘youngest managing director’ at a resort. The swindler went out of the resort to withdraw money from the bank and took an expensive iPhone belonging to one of the two young women. They have lodged a written complaint with the police station on June 11. One of the complainants admitted to the authenticity of the allegation.

Earlier, fraudsters were accused of opening Facebook accounts in the names of ministers, deputy ministers, senior government officials or various leaders of the ruling party. 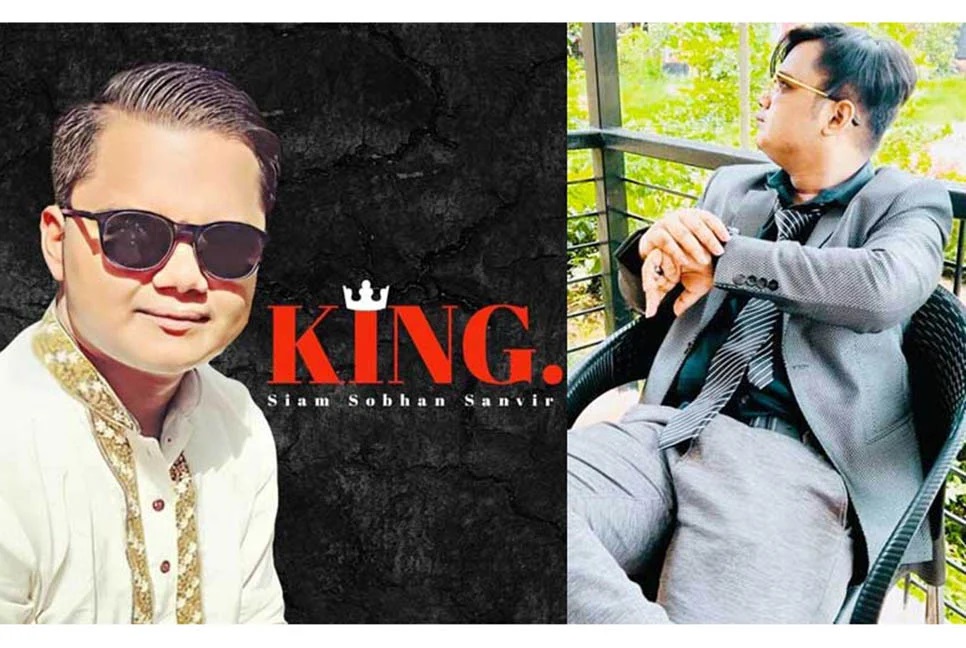