Islamabad, June 20: Pakistan’s sheer desperation for peace with the Tehreek-e-Taliban Pakistan (TTP) comes as the country’s economy continues to remain in shambles and the prevailing political instability has made the Pakistani state “weak and vulnerable.”

The differences between the coalition partners – Pakistan People’s Party (PPP) and Pakistan Muslim League-Nawaz (PML-N) on the transparency issue of the TTP talks led Bilawal Bhutto and Asif Zardari to reach out to other political parties in the parliament over Pakistan’s talks with the TTP and constitute a three-member committee.

After much criticism over the absence of the government’s response to the ongoing ‘peace talks’ between the Pakistan Army, Afghan Taliban, and TTP, political stakeholders have finally decided to take cognisance of the matter. Under Pakistan’s constitution, the civilian government cannot negotiate — at least not directly with those waging an insurgency against it.

While PPP seems concerned about the concessions TTP is getting from the army establishment for the success of the dialogue, PML-N has largely ignored the matter.

In addition, the security establishment fears that the Afghan Taliban may support TTP in its quest to impose the ‘Sharia Law’, on the lines of Afghanistan, in Pakistan as well.

There is also a reported push from China to tame TTP to avoid any nefarious activities against China-Pakistan Economic Corridor (CPEC) projects and targeting of Chinese nationals in Pakistan. Lastly, the possibility of ‘Pashtun’ nationalism may prove a grave threat to the Punjabi-dominated army establishment in Pakistan. Therefore, Rawalpindi is opting for a peace agreement with TTP, like the US-Taliban Doha accord, instead of military operations as the Pakistan army does not want to lose its “strategic depth” in Afghanistan by angering its “trusted” Islamist proxy elements.

Even retired officers from the defence forces and law enforcement agencies have cast aspersions over the dialogue and advised to “only negotiate the terms of surrender [of TTP militants].”

Overall, the talks have not yielded much in the last month as differences remain despite the Afghan Taliban’s push and participation of a suspicious 50-member delegation of tribal elders, dubbed as a Jirga, in Kabul. As a saving grace for the military establishment, the TTP has reportedly agreed to extend the ceasefire “indefinitely” to continue negotiations.

Nevertheless, the ceasefire may not hold for long unless TTP’s demands are not met soon. Based on the past experiences of negotiations between the Pakistan army and TTP – over a dozen agreements – this time as well the deal will eventually fall apart, leading to more bloodshed in the country.

Sirajuddin Haqqani, Taliban’s deputy Emir and minister of the interior, has played a critical role in facilitating the ‘peace talks’ between Pakistan and TTP, considering his historical closeness to both the TTP and Pakistan’s security establishment.

Therefore, Haqqani’s role in bringing peace between the two warring parties will be critical in deciding the future of the dialogue. Sirajuddin’s appointment as the new interior minister of Afghanistan was not a coincidence but a planned move by Rawalpindi to put their “trusted men” at the helm in Kabul.

However, the historical ties between the Haqqani Network and TTP, both eastern Pashtuns, may prove a roadblock for Pakistan to pressure Sirajuddin on fulfilling their objectives with the TTP.

Pakistan’s Khyber Pakhtunkhwa (KPK) province has seen an uptick in terrorism-related activities since the Taliban took over Afghanistan in August 2021.

In the ongoing negotiations with Pakistan, TTP has put forth the following key demands: the reversal of the merger of former Federally Administered Tribal Areas (FATA) with KPK as per the 25th Constitutional Amendment; substituting all military presence from the region with frontier corps; enforcement of Sharia law in the Malakand division; release of 102 commanders and fighters and presidential pardon to two key militant commanders; and complete freedom of movement for the TTP’s members in the Malakand division.

It is noteworthy that some TTP factions have been operating with impunity in tribal areas of FATA, enforcing stricter versions of Islam, and levying taxes on the locals, especially in the Malakand division.

There have been reports that Pakistan may accept most of these demands except the re-merger of FATA into KPK. The open acceptance of TTP’s demands will be considered as an abject surrender of the Pakistan Army. Therefore, the dialogue has been kept opaque besides some deliberate leaks and rare official acknowledgements. 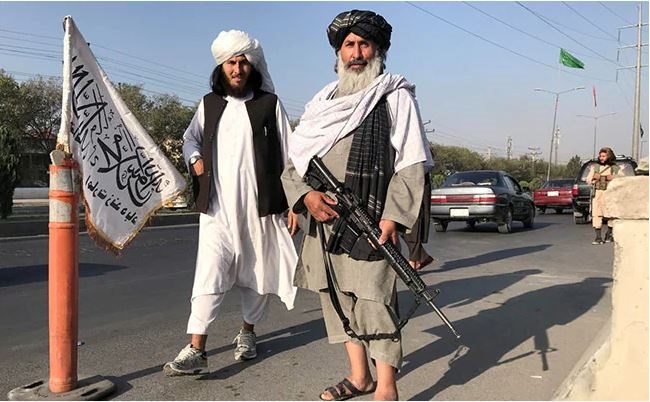