MOSCOW: The new modification of Russia's Tor anti-aircraft missile system will get twice as much ammunition, while its hull will become lighter, which will allow for transporting the combat vehicle on the external suspension of helicopters, Vyacheslav Kartashov, the assistant general director at the Kupol plant producing Tors, said, reports Sputinik news.

"Today, we have begun to develop a new module, in which new technical solutions drilled in the Arctic will already be implemented. We will use double ammunition. We will use software that we tested when shooting at a low-flying target. A new, lightweight hull will be created, and this will be the only air defence system today that can be transported by helicopters on the external suspension," Kartashov told Russian TV channel Zvezda.

The Izhevsk-based Kupol plant has been supplying the Russian armed forces with the latest modification of the air defence system, Tor-M2, since 2016.

Its most well-known feature is the ability to strike in motion. Its potential targets include drones, guided missiles, cruise missiles, aircraft, helicopters and high-precision weapons flying at very low to medium altitudes. 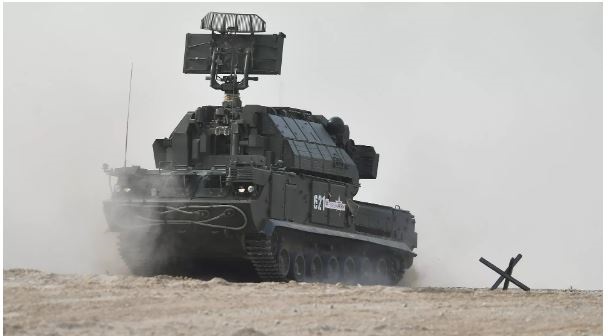