A huge snake slithered unexpectedly into a family's flat, with a frantic dad making the shocking discovery as it made its way over his lounge floor.

The man managed to usher his children into another room when the 1.5m (5ft) black and white snake suddenly appeared in the Birmingham home.

He dialled 999 and police officers arrived to capture it in a pillow case.

It is not known how the snake got into the flat but police suspect it could have infiltrated a pipe.

The drama unfolded in Hodge Hill on the evening of 12 June, West Midlands Police said, with the full episode caught on body-worn cameras.

The RSPCA was unable to attend so officers went armed with a grabber.

They managed to safely get the snake into the pillow case and take it to a reptile house.

A member of staff in the police call centre, who previously worked in animal research for the University of British Columbia, was luckily on hand to offer tips on handling.

A spokesman for the force said: "The snake is absolutely fine and will be looking for a new home." 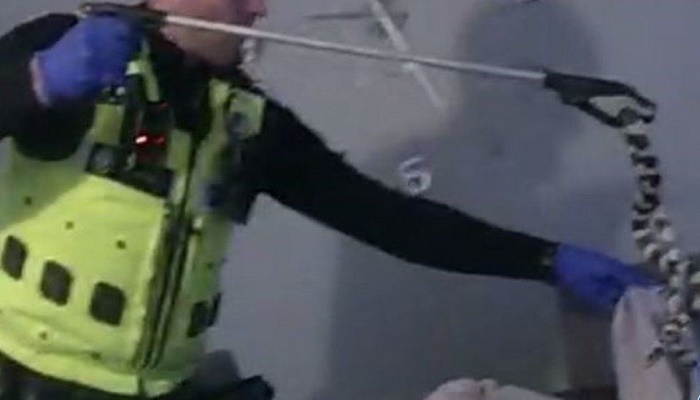 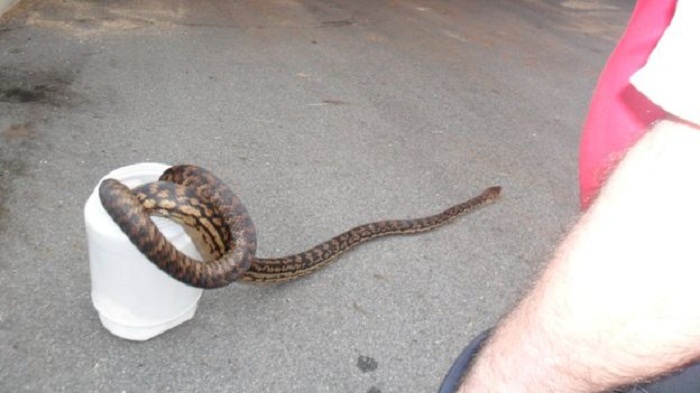