Farmers have produced an all-time record of 11,48,143 tonnes of maize exceeding the fixed production target by 14,818 tonnes during the just-ended Rabi season in Rangpur agriculture region.

Officials of the Department of Agricultural Extension (DAE) said farmers recently completed harvesting maize and produced 11,48,143 tonnes of the crop at the average yield rate of 10.81 tonnes per hectare of land.

Excellent output with an all-time record high price of maize has made farmers happy beyond their expectations both in the mainland and riverine char areas across the region this season.

Officials of the DAE and market sources said farmers are currently selling newly harvested maize to local traders and wholesalers at rates between Taka 1,200 and Taka 1,350 per mound (every 40-kg).

Earlier, the government had fixed a target of producing 11,33,325 tonnes of maize from 1,04,045 hectares of land for all five districts of Rangpur, Gaibandha, Kurigram, Nilphamari and Lalmonirhat in the region this time.

Expressing happiness over super bumper production of maize, Agriculturist Hossain said maize farming is continuously expanding during the last thirteen years bringing self-reliance to many farmers across the region.

"Like farmers in the mainland, hundreds of char people are enhancing maize cultivation on the sandy char lands and dried-up riverbeds after getting repeated bumper productions with lucrative prices every year," he said.

The government provided special incentives, high yielding varieties of maize seeds and fertilizers and latest technologies to small, marginal and flood-hit farmers to expand cultivation of maize that helps to cut poverty and improve their livelihoods.

"We completed the harvest of maize last month and got a super bumper production and earned highest ever profits by selling the produce at lucrative rates between Taka 1,200 and taka 1,350 per mound," said Kochhim Uddin of the same village.

Talking to BSS, Agriculturist Dr. Md. Abdul Mazid, who got the Independence Award 2018 Medal (food security), said there is a brighter prospect to expand maize farming on the vast abandoned char lands of the northern region to further increase its production. 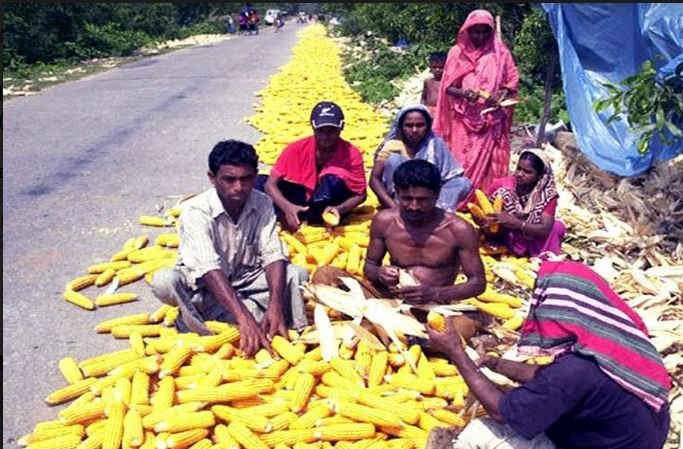 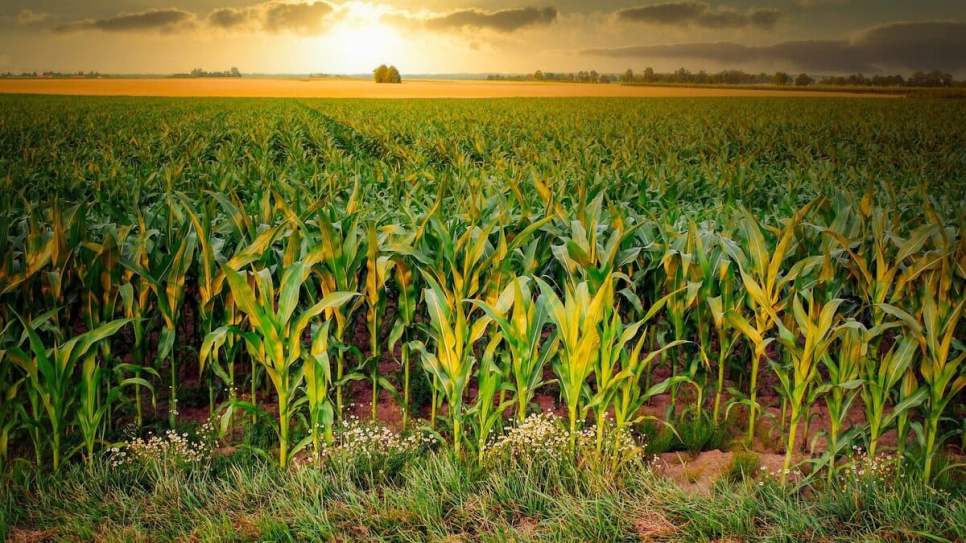 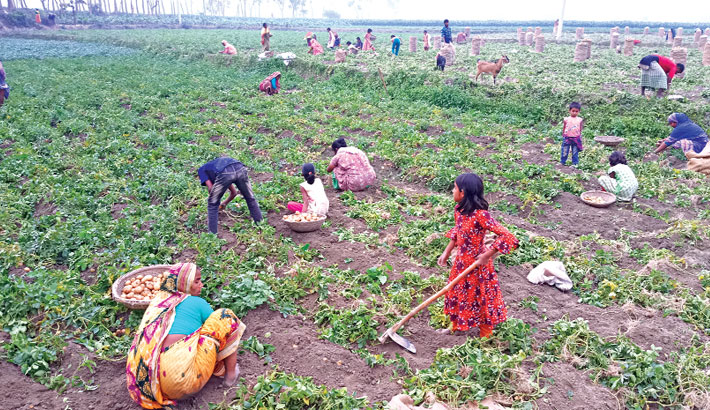 Villagers are busy harvesting potato at a field at Sundarpur village under Kaharole upazila of Dinajpur district. The district witnessed bumper production of the crop this year. The photo was taken on Friday. – Star Mail 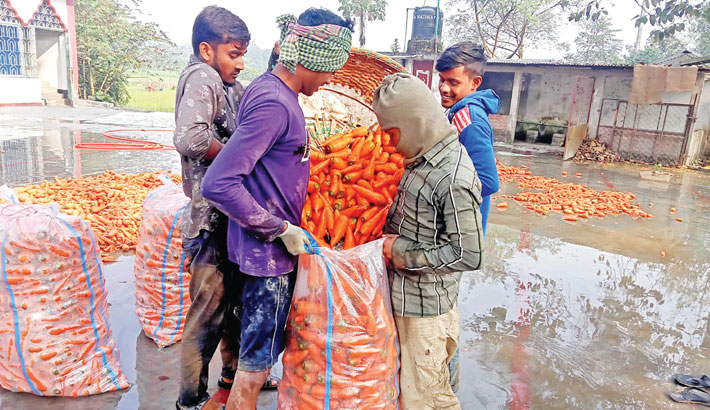 Growers are filling sacks with the harvested carrots at Naodapara village in Ishwardi Upazila of Pabna district. The district has witnessed bumper production of the vegetable this year. The photo was taken on Sunday. – Sun Photo 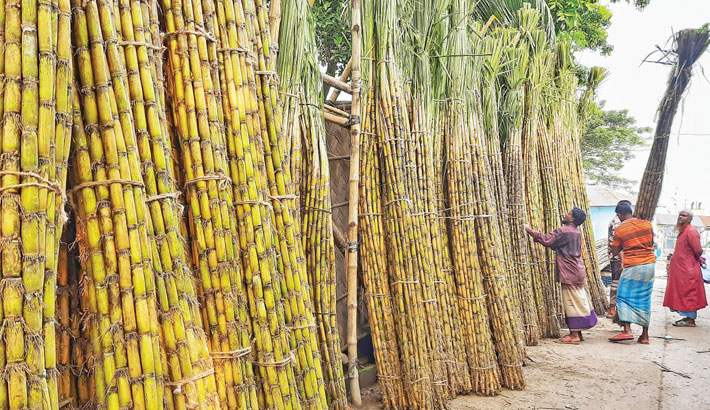 Wholesalers pile up sugarcane for sale at Boro Bazar in Khulna. The district witnesses bumper production of the crop this year. The photo was taken on Sunday. – Star Mail