"BNP leaders including Mirza Fakhrul Islam Alamgir have been daydreaming a lot lately,” Obaidul said on Monday at his official residence.

His retort came in response to Fakhrul’s statement that Khaleda first laid the foundation of a bridge over Padma River.

“This statement of Fakhrul regarding the foundation stone of Padma Bridge was the best discovery of the year,” the AL leader said in ridiculing his BNP counterpart.

Obaidul challenged Fakhrul to show the evidence of Khaleda’s laying the foundation.

“Where and when she laid the foundation stone? I would like to see the photo of this discovery,” he asked adding, telling lies has long been a habit of BNP leaders.

Obaidul Quader said that in fact Sheikh Hasina laid the foundation stone of Padma Bridge on July 4, 2001, which is a part of history.

The news was published in the media at that time and pictures of the foundation stone of this bridge were also published in newspapers, which are still in collection, said the general secretary of Awami League, also the road transport and bridges minister.

He said that the job of the BNP is only to misrepresent the truth by repeatedly uttering solid lies in Goebbels style.

He said BNP is now feeling jealous after having failed in its conspiracy against the building of the Padma Bridge.

He alleged that BNP is upset with the development of the country because of its failure to do it in the past. 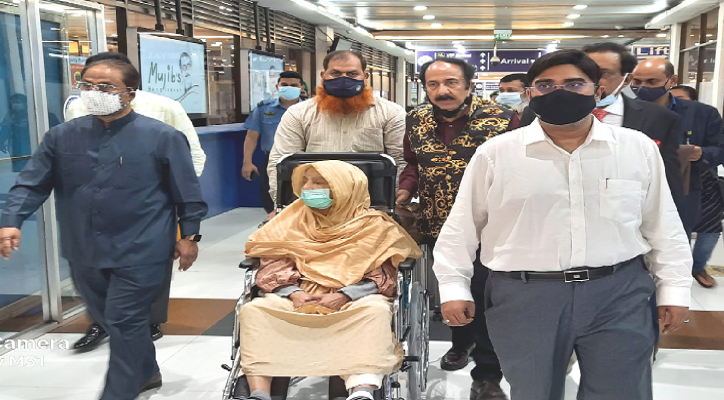