Prime Minister Sheikh Hasina on Wednesday asked the authorities concerned to integrate the development of Cox’s Bazar beach with the nature, trees and environment.

“We will take development programmes for the beach not only with bricks and wood, but also integrating it with the nature. We have to keep trees and shadows there,” she said.

The prime minister said this while inaugurating the newly constructed multi-storied building of Cox’s Bazar Development Authority in the seafront resort town.

The programme was held at Bir Muktijoddha Field in Cox’s Bazar while she joined virtually from her official residence Ganabhaban.

She also asked the people of the Cox’s Bazar to create densely planted tamarisk tree forest along with the beach to protect it from cyclones and tidal waves.

“If this can be done in a planned way, it won't be tough to create the forest throughout the124 kilometre-long beach," she said. "We have to protect our environment."

She also put emphasis on protecting people from the natural calamities through preserving nature.

“We have to do that keeping in mind the bitter memory of 1991 cyclone,” said the premier.

A documentary on the development of Cox’s Bazar was also screened at the programme. 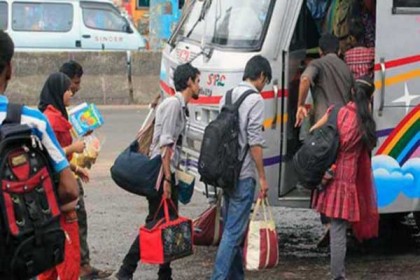