The upcoming Cumilla City Corporation (CCC) election is a big challenge for the ruling Awami League to secure win in the polls amid years of intra-party conflict which caused defeat for the party in the last two elections there.

Insiders say that Awami League may come out victorious in the CCC mayoral election if all the party’s local units work together in favour of the party-backed candidate by mitigating internal feud.

The Election Commission (EC) also sees it an acid test for holding the CCC polls in a free and fair manner as it will be the first election under this new commission.

Locals cast doubt over the win of Alwami League-backed candidate Cumilla city Awami League general secretary Arfanul Haque as outgoing mayor Monirul Haque Sakku, a BNP leader, who has a stronghold in the city, will contest the polls.

Sakku, who is the two-time winner of the CCC mayoral election, has already decided to resign from the BNP to contest the polls as per the party’s stance not to participate in any election.

Though BNP is not participating in the polls directly, two leaders of the party will contest the polls as independent candidates from two rival groups. One group is led by Sakku while another by former BNP lawmaker Aminur Rashid Yeasin who has extended support to his brother-in-law Nizamuddin Kaiser.

Kaiser is the president of the Swechchasebak Dal of Cumilla city unit.

BNP leaders say Sakku may face tough battle in the CCC polls this time as his opponent Rifat will put in all his efforts to win the polls, cashing in on intra-party feud of BNP’s local units.

Election to Cumilla City Corporation, six municipalities and 135 union parishads will be held through electronic voting machines (EVMs) on June 15, according to polls schedule.

Deadline for filing nomination ended on Tuesday. Nomination paper will be scrutinised on May 19 while withdrawal of candidature by May 26. Polls symbols will be allotted to candidates on May 27.

About the concern over the Cumilla city mayoral election, Awami League joint general secretary Mahbub-ul-Alam Hanif told the Daily Sun that they lost the CCC polls in the past due to intra-party conflict.

“But, now we are hopeful of securing win in the election this time. We will definitely come out victorious in the polls if our party leaders and activists remain united,” he observed.

Hanif also said the party will form a monitoring team to look after the activities of the party leaders over the polls and conduct election campaign in favour AL mayoral candidate.

In 2012, Sakku defeated veteran Awami League leader Afzal Khan by over 30,000 votes in the first CCC election, and his daughter Anjum Sultana Sima in 2017 by a close margin of 10,000 votes.

Sima, now a member of parliament from a reserved seat, also sought nomination for contesting the CCC polls but the party picked Rifat as AL candidate.

Talking to the Daily Sun, Awami League organising secretary for Chattogram division Abu Sayeed Al Mahmood Swapon said they will remain alert to any feud and sabotage over the election.

“Awami League’s base in Cumilla is stronger than any time in the past. We have defeated in the last election with a little margin. This time we will win as people’s support for AL has increased a lot,” he said.

Locals and insiders say that over three decades of intra-party feud might cost AL candidate in the CCC polls if the AL high command fails to resolve the differences between two AL factions – followers of late Afzal Khan and the ruling party’s lawmaker AKM Bahauddin Bahar.

In the maiden CCC polls in 2012, Afzal ran for mayoral post with AL ticket. Bahar and his supporters did not join the poll campaign. Afzal lost the polls to his nearest rival Sakku by over 30,000 votes.

Bahar won party ticket to contest the parliamentary polls in 2014. But Afzal fielded his son Masud Parvez Khan Imran to contest the election as an independent candidate. However, Imran lost to Bahar.

According to AL sources, in 2017 polls, Bahar lobbied with central party leaders for his aide Rifat while Afzal fought for his daughter Sima. The party picked Sima for then mayoral race.

Frustrated at this, Bahar's supporters refrained from campaigning for Sima and as a result, Sima lost to Sakku with a little margin.

Afzal’s son Imran on Tuesday filed nomination papers to contest the mayoral polls as an independent candidate. If he contests the polls, Rifat has to face difficulties in the electoral race.

As it is a challenge for holding a free and fair election, the EC has taken measures to ensure level-playing field for the candidates.

The EC on Sunday summoned AL-backed mayoral candidate Rifat for violating electoral code of conduct as he attended a view-exchange meeting of the party with lawmaker Bahar.

Sakku hopes the EC would perform its duties properly in holding free and fair polls.

“It’s their responsibility to ensure a level-playing field for all candidates,” he said.

The authorities concerned have already deployed members of Border Guard Bangladesh (BGB) to maintain law and order in the areas.

In addition, three executive magistrates have been assigned to supervise electoral code of conduct by candidates in the polls. 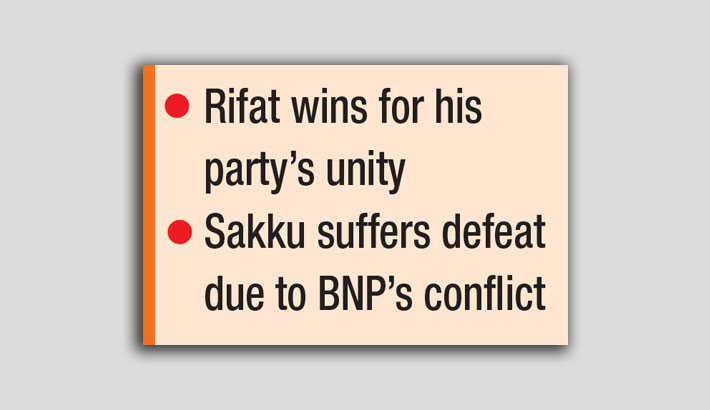 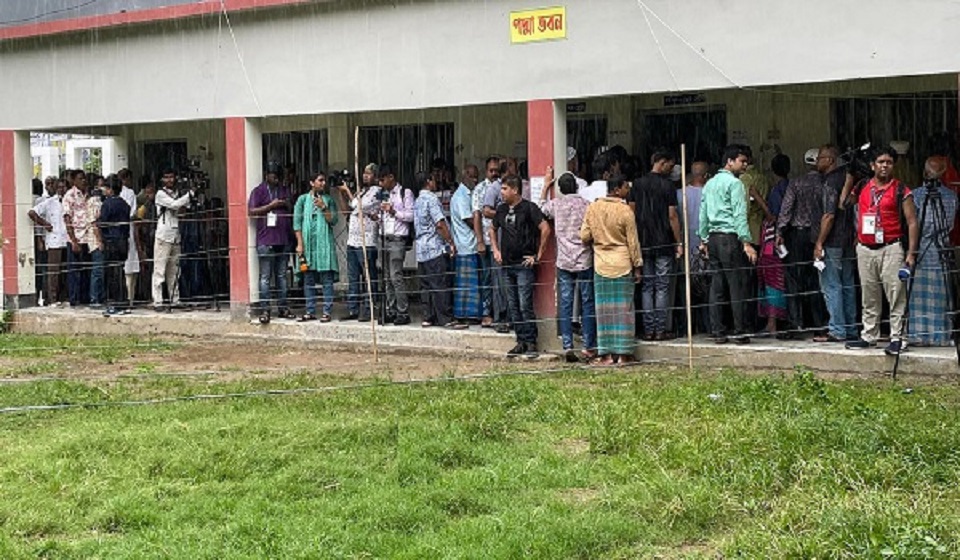 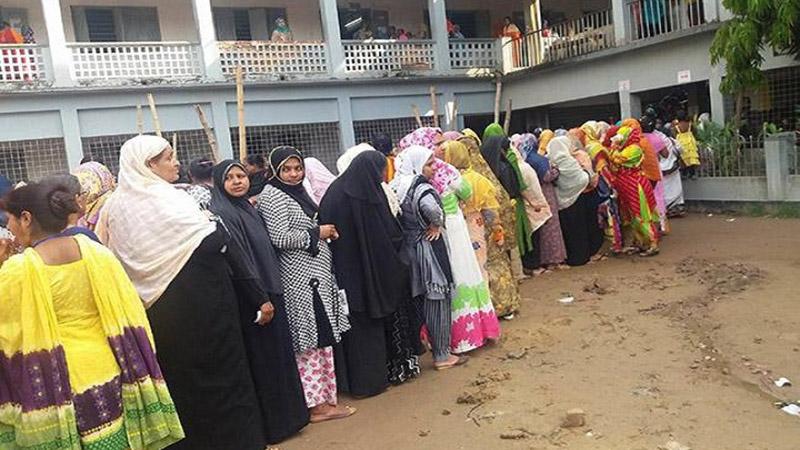