Dhaka, May 9: The European Union’s new “Global Gateway” strategy - which is designed to deliver investment in sustainable, high quality projects in infrastructure and other linkages - affords new opportunities for Bangladesh-EU relations, said the EU envoys stationed in Dhaka.

There is much potential for increased investment by European businesses, particularly if the business climate can be further improved, according to a joint article written by the envoys to mark Europe Day and commemorate the vision of the then French Foreign Minister, Robert Schuman, who presented in 1950 a far-sighted blueprint to prevent war from happening again.

At present, the European Union (EU) counts 27 Member States and 450 million citizens within its borders.

On the trade front, they said, the EU is the largest destination for Bangladesh's exports, reaching around 20 billion euro annually.

“Our Team Europe partnerships—bringing together the EU and EU Member States—are delivering cooperation with Bangladesh in new fields, including decent work and the green transition,” reads the article.

This complements their longstanding development assistance in areas such as education, food security, governance and support to civil society.

“As a major provider of humanitarian assistance, we will continue to stand by Bangladesh's endeavours to provide a temporary home to Rohingya refugees and to secure their voluntary and safe return to Myanmar as soon as possible,” reads the article.

The EU is doing its utmost to ensure a return to peace and to support the people and democratically elected government of Ukraine in this terrible struggle, they mentioned.

As close neighbours, EU Member States have risen to the challenge of providing a safe berth to millions of Ukrainians.

More than 11 million people have fled their homes since the conflict began. Over five million have left for neighbouring countries, where ordinary people have opened their homes to provide shelter, reads the article.

“As we mark Europe Day 2022 in Dhaka, we will reflect on the bonds that have been forged amongst European nations and the wide-ranging relations that the EU and its Member States are building with Bangladesh,” the envoys wrote mentioning that they will also hold the people of Ukraine in their thoughts and hope that peace returns swiftly to their continent.

Here in Bangladesh, many of the EU's Member States have been celebrating the 50th anniversary of their relations with Bangladesh and the EU itself will do the same next year.

Such an important staging post is an opportunity to reflect on how much our ties with Bangladesh have deepened in five decades, the EU envoys wrote.

This engagement, they mentioned, now goes way beyond traditional areas such as trade and development assistance and encompasses policy priorities such as connectivity, climate change, renewable energy, human rights, security and digitalisation.

Europe Day celebrates Europe’s achievements and unity, and commemorates the signing of the Schuman Declaration on 9 May 1950. This ambitious plan to secure long-term peace in post-war Europe is considered as the beginning of what is now the European Union.

In 2022 Europe remains unified in working for peace, providing support to Europeans everywhere. 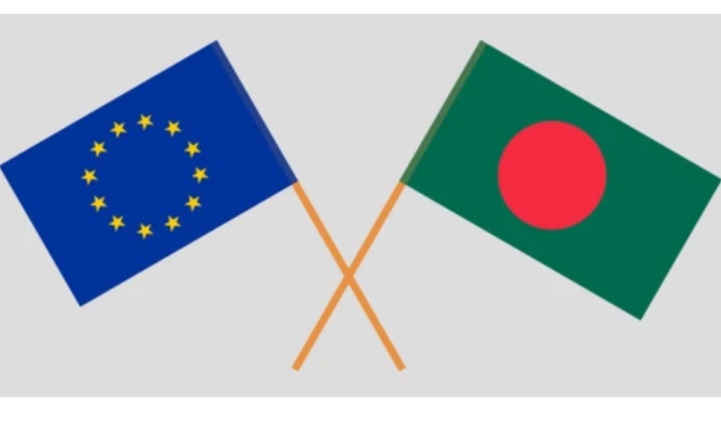