Holidaymakers suffer due to tailback on both sides of Bangabandhu Bridge

Both sides of the highway on the Bangabandhu Bridge witnessed traffic congestion on Friday due to a rush of vehicles carrying home-bound passenger ahead of Eid.

Tailback extended for about 15 kilometres on the west side of Bangabandhu Bridge in Sirajganj, local sources said.

Md Mosaddek Hossain, officer-in-charge of Bangabandhu Bridge West police station, traffic was moving slowly but the situation was not that of a complete gridlock.

On the other hand, a 20 km tailback formed on from the eastern end of the bridge on Dhaka-Tangail highway due to heavy rush.

In addition to traffic and highway police, additional police forces have been deployed at various points on the highway to reduce traffic congestion, police said. 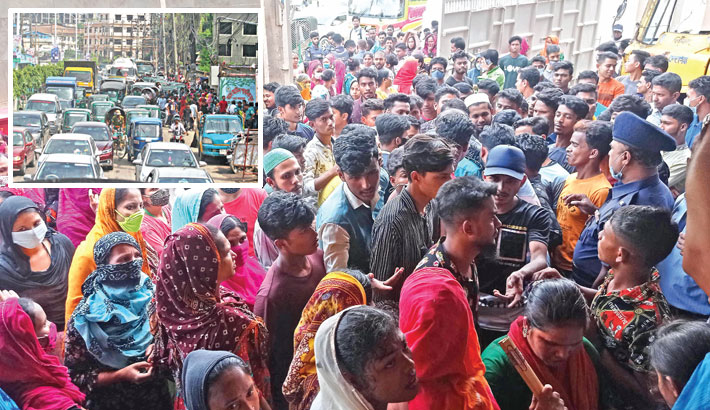 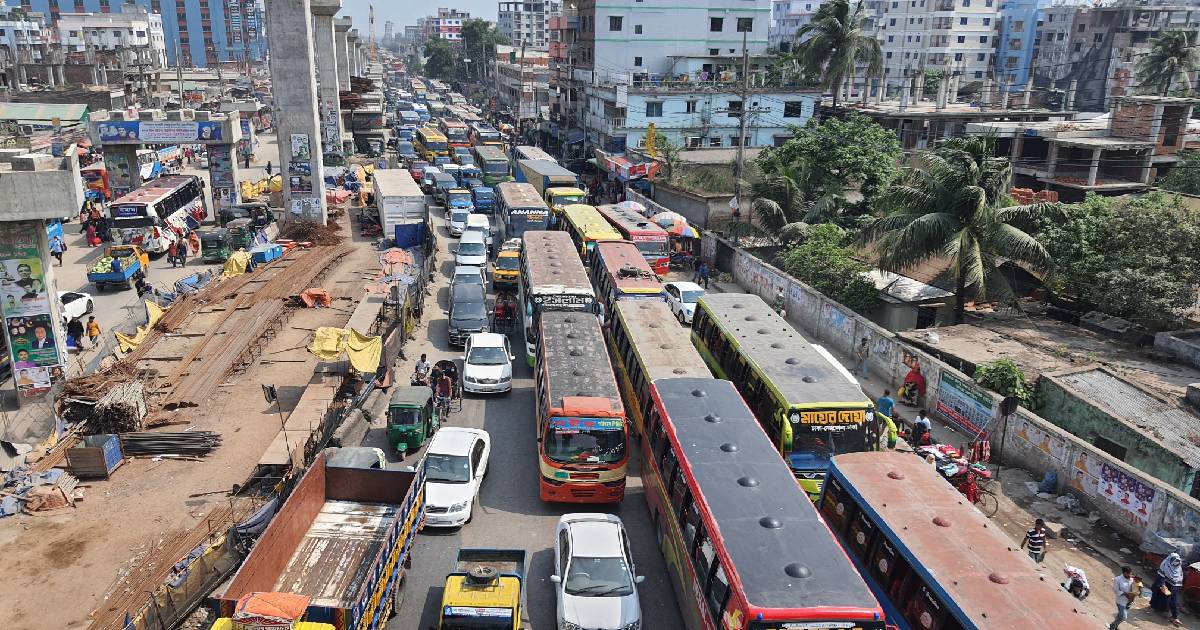 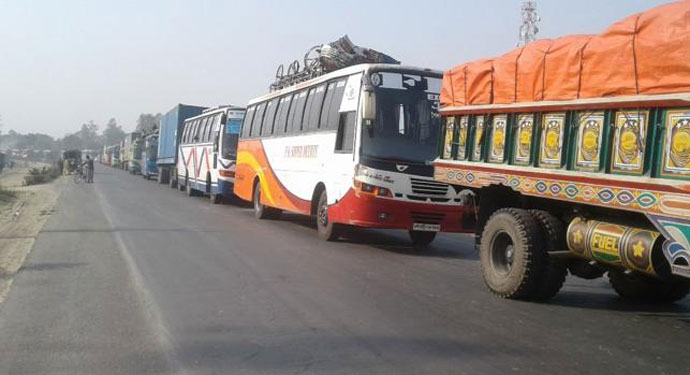 Holidaymakers suffer due to tailback on both sides of Bangabandhu Bridge 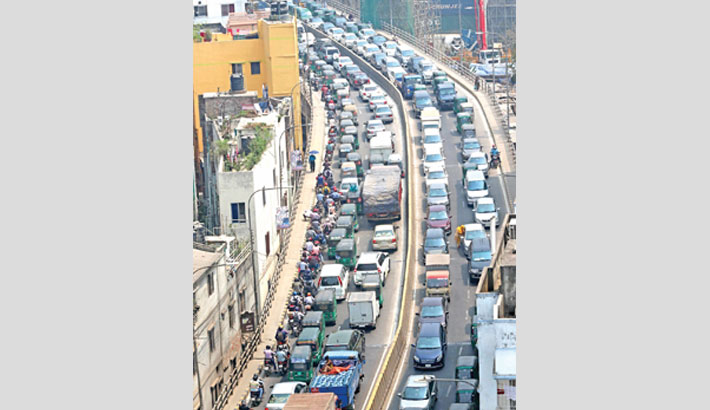 Hundreds of vehicles get stuck in a tailback on the Bijoy Saroni flyover in the capital on Sunday, causing sufferings for the commuters. – Md nasir uddin 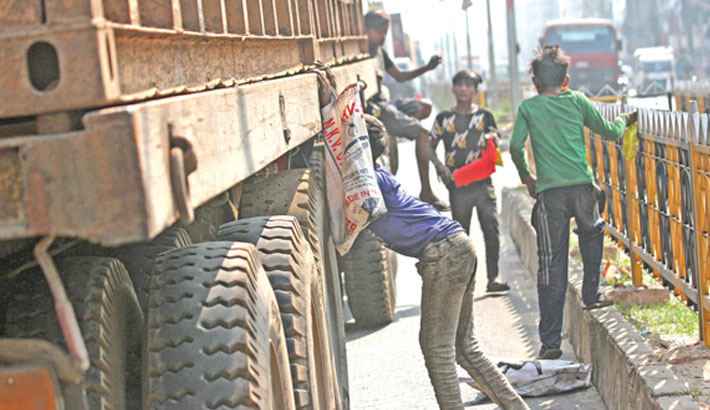 Some teenaged gangsters are stealing parts of a vehicle stuck in tailback on the road leading to the seaport in Chattogram city on Saturday. They commit the crime in broad daylight. — Rabin chowdhury 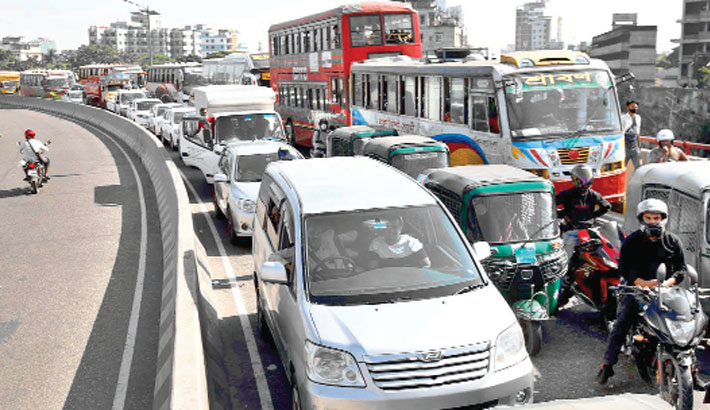 A long tailback is created on Mayor Hanif Flyover in the capital on Monday. The photo was taken from Tikatuli area. —sun Photo 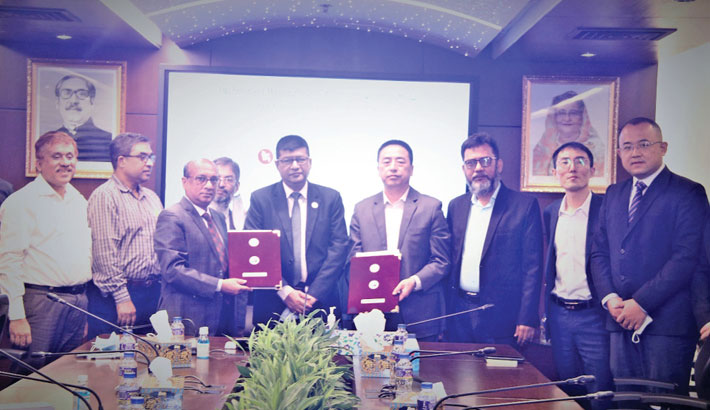 In the presence of Secretary for Bridges Division and Executive Director of Bridge Authority Md Abu Bakr Siddique, Chief Engineer Kazi Md Ferdous on behalf of Bridge Authority and Pan Ming of China Communication Construction Company Ltd exchange documents after signing a memorandum of understanding on management and maintenance of Bangabandhu Bridge for the next five years at the division’s conference room in the city on Tuesday. —SUN PHOTO