Senior police officer among 6 killed in terror attack in India

Sharpshooters sent in to take out terrorists in Gurdaspur attack

NEW DELHI: A senior police officer and five others were killed as terrorists dressed in army uniform stormed a police station in Punjab's Gurdaspur district and were locked in an intense gunbattle with security forces on Monday. India tightened security on its border with Pakistan after the attack.

Armed police exchanged fire with the gunmen, who were holed up in the police station more than eight hours after the assault began at about 5.30am. Around seven sharpshooters were deployed in an armoured vehicle to take out the terrorists. The special vehicle was requisitioned from J&K amid spurts of heavy firing.

Gunshots were heard as security forces surrounded the building in the town of Dinanagar, about 15 km from the international border. Soldiers were also deployed, at least one armed with a shoulder-mounted rocket launcher.

Jitendra Singh, a junior minister in Prime Minister Narendra Modi's office, said he did not rule out Pakistan's involvement. "There have been earlier also reports of Pakistan infiltration and cross-border mischief in this area," said Singh, whose constituency in the Jammu region borders Gurdaspur. 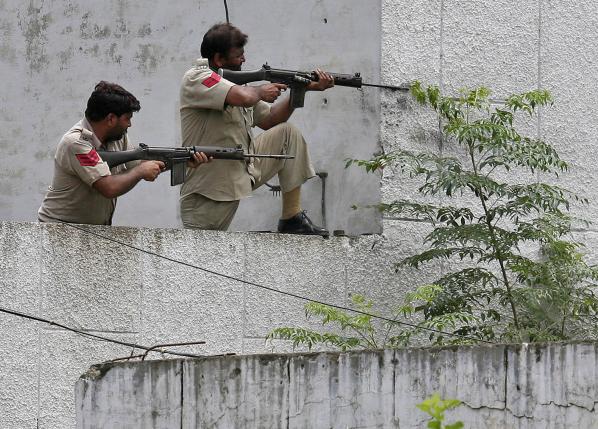 Union home minister Rajnath Singh said he had spoken to the head of the Border Security Force and "instructed him to step up the vigil on India-Pakistan border". An alert was sounded in the Parliament complex after the Gurdaspur attack. Security was tightened at the North Block after the terror incident.

The terrorists struck a moving bus in Dinanagar at 5.30am, spraying bullets at passengers, injuring four. The assailants then targeted a health centre followed by a building where the families of police personnel reside and hurled grenades before entering the police station.

The army was mobilised as the 'fidayeen' militants were holed up in Dinanagar police station complex. Special forces, too, were deployed and a gunbattle was on several hours after the attack began. 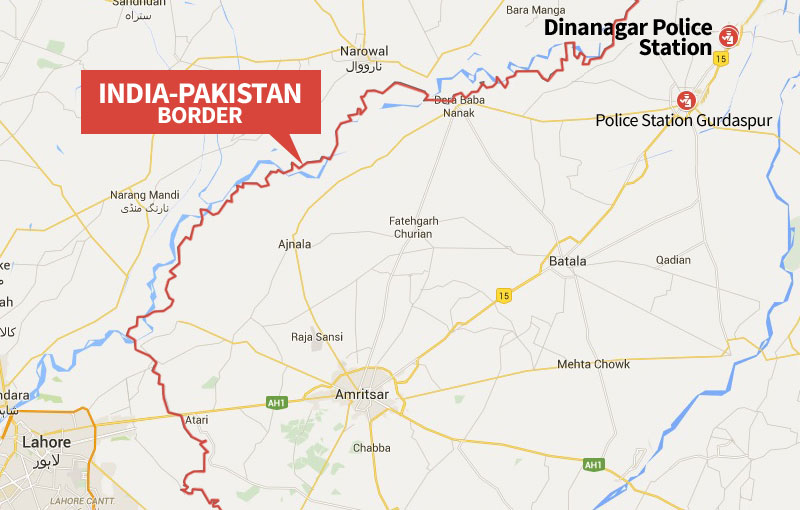 According to police, the attackers first targeted a roadside eatery and took off in a Maruti 800 with Punjab registration number. They shot dead a roadside vendor near the Dinanagar bypass.

The militants also targeted another part of the complex where the families of police personnel reside.

Minister of state for home Kiren Rijiju said reports the attackers were holding people hostage inside the police station appeared to be false.

The incident took place 11km away from Gurdaspur city - close to the India-Pakistan border - and 80km away from Amritsar.

Television footage showed the white Maruti car with its windshield peppered with bullet holes, and broken glass and bullet casings on the passenger seat.

Five bombs were also found on a railway track in the state, suggesting a coordinated series of attacks around the time India is marking the anniversary of a near-war with Pakistan in northern Kashmir in 1999. 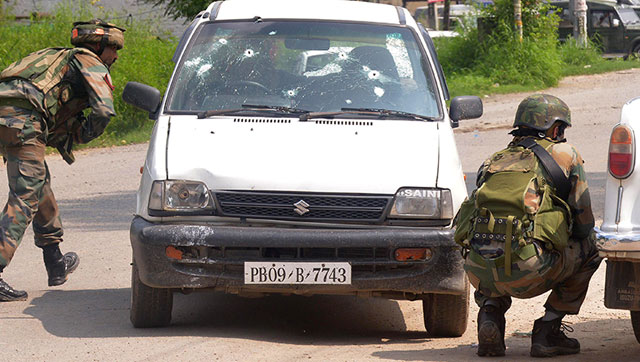 The improvised explosive devices didn't go off despite a passenger train from Pathankot to Amritsar passing over them at 5.15am as the wires were not properly connected, said deputy superintendent of police Pathankot (rural) Prabhjot Singh Virk. The IEDs were not immediately defused as the army's bomb disposal unit from Jalandhar was awaited.

"The MHA is monitoring the situation in Gurdaspur and Punjab," he posted on Twitter. He said he was hopeful that the situation will be soon brought under control.

Officials said schools, colleges and other institutions were shut in the town in view of the incident. 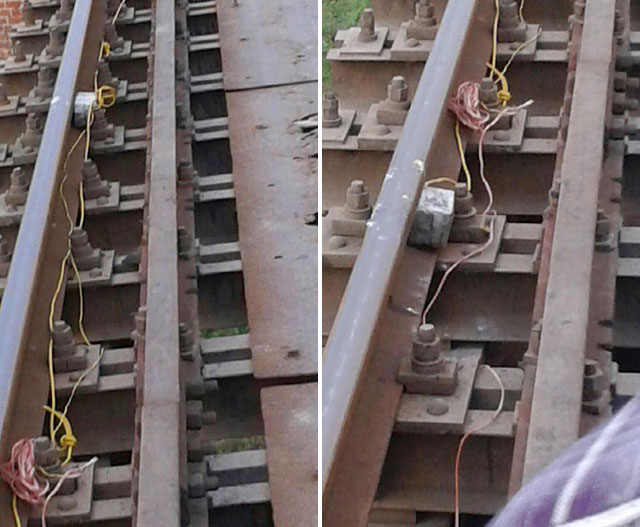 The attack in Punjab was eerily similar to attacks in the border belt of Jammu, former Jammu and Kashmir chief minister Omar Abdullah tweeted. "Will be very interested to see what emerges about the identity of the terrorists involved in the Gurdaspur attack this morning," Abdullah tweeted.

Army commandos and a Quick Response Team (QRT) were called in to tackle the situation.

India observed the Kargil Diwas on Sunday to salute its soldiers who fought against Pakistani troops and guerrillas who sneaked into Jammu and Kashmir in 1999.

The incident comes weeks after Indian Prime Minister Narendra Modi and his Pakistani counterpart Nawaz Sharif spoke for about an hour during a summit in Russia, raising hopes of an improvement in perennially difficult relations.