South Africa was 84-2 in its second innings for a 320-run lead over Bangladesh in the second and final test on Sunday.

The Proteas moved into the dominant position at tea on Day 3 after earlier bowling Bangladesh out for 217 in its second innings.

South Africa’s batters then went about seeking quick runs in an effort to grow its lead.

Captain Dean Elgar (26) and Keegan Petersen (14) fell to spinner Taijul Islam, who took six wickets in the first innings, but opener Sarel Erwee was 40 not out.

There was a worrying moment at the very start of South Africa’s second innings when Erwee hit a powerful shot off the back foot straight at fielder Mehidy Hasan Miraz at backward point.

Mehidy lost sight of the ball completely, and was turning his head to his left believing it had gone past him, when it hit him square in the chest. Mehidy left on a stretcher but returned to the field later and appeared to have sustained no serious injury. 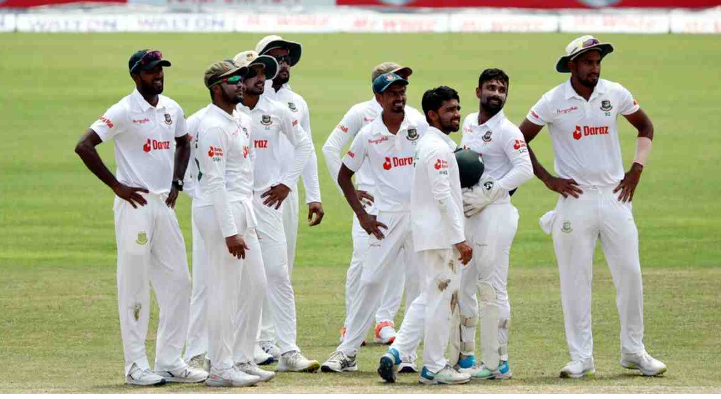 Bangladesh aim to bounce back in 2nd Test 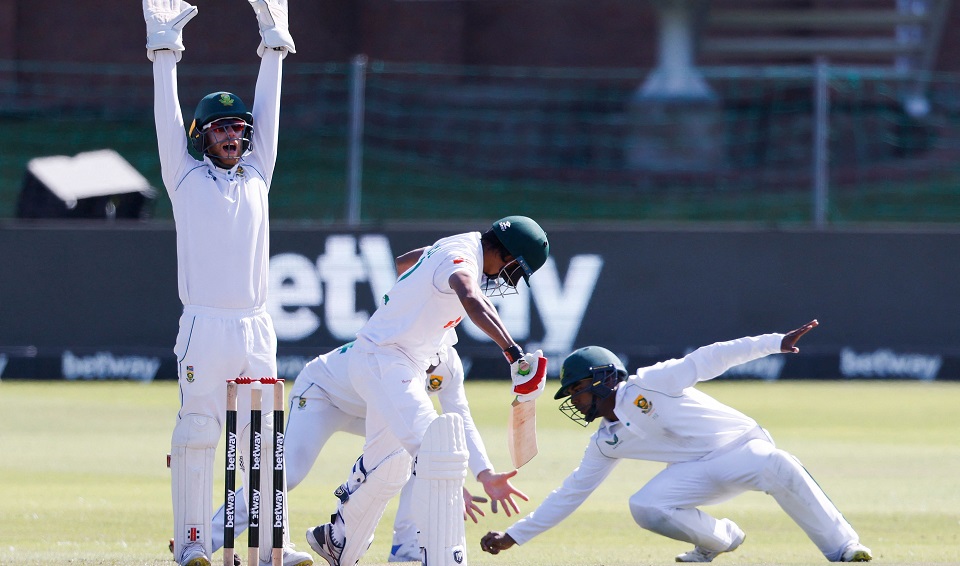 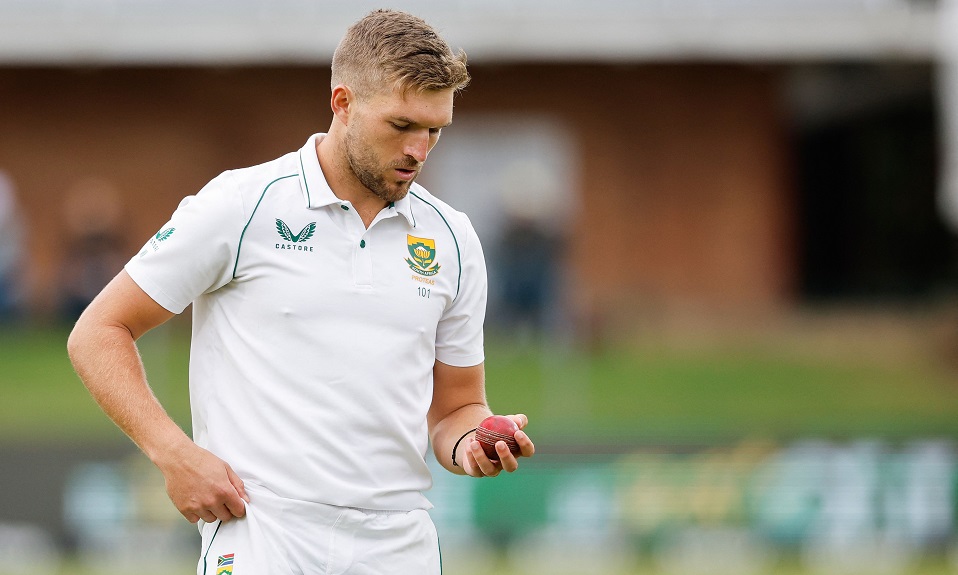 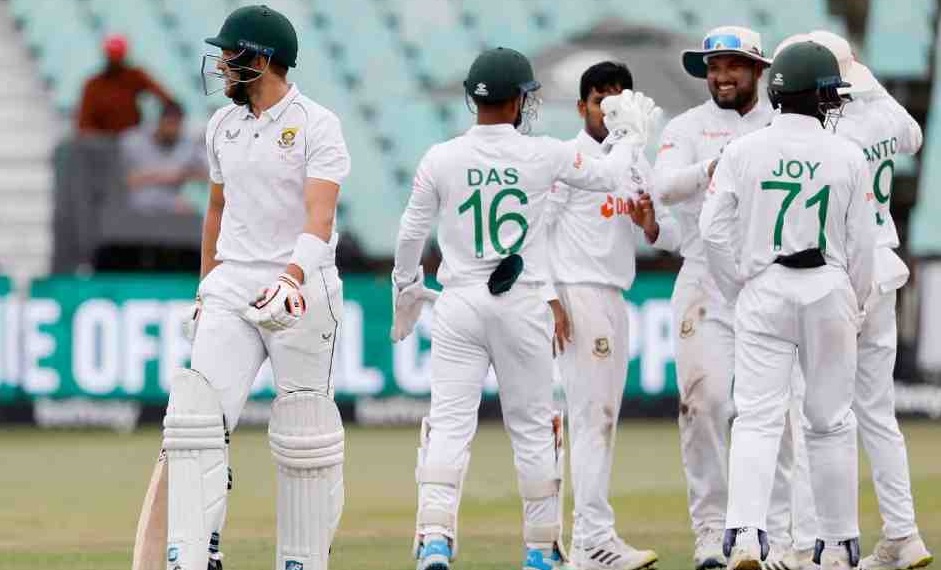 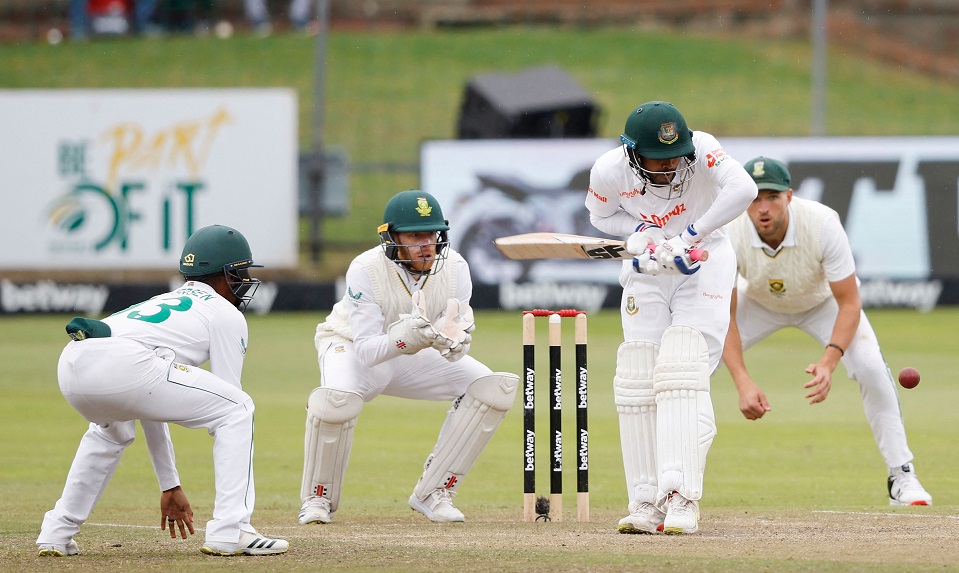 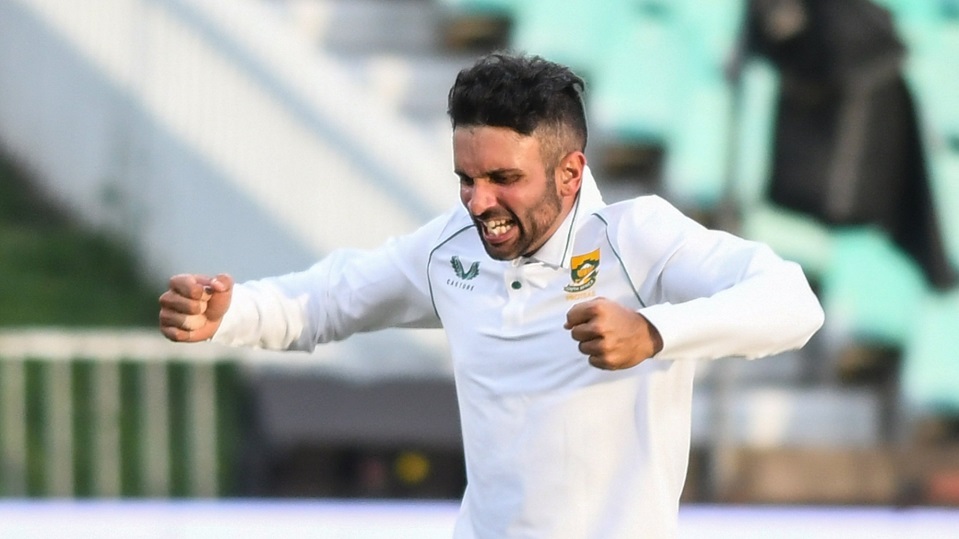 Agressive Maharaj propels South Africa to 453 all out 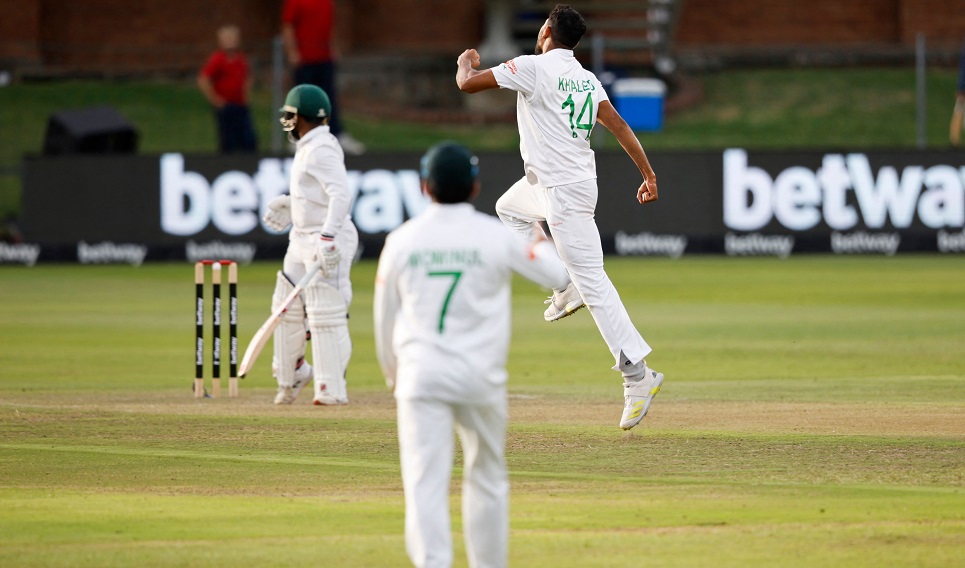 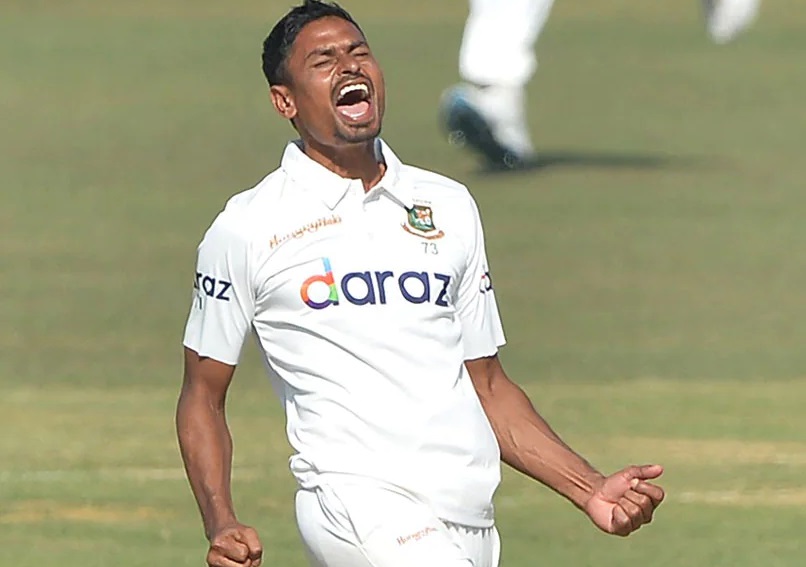