The Bangladesh Embassy in Washington DC hosted a grand reception to celebrate these historic occasions on Monday (April 4).

Minister AK Abdul Momen was present at the reception as the Chief Guest, while US Agency for International Development (USAID) Deputy Administrator Ambassador Isobel Coleman spoke as the Guest of Honour, Embassy of Bangladesh, Washington DC.

Awami League Joint General Secretary Mahbub-ul Alam Hanif, Member of the Parliamentary Standing Committee on the Ministry of Foreign Affairs Nahim Razzaq were present at the function as the special guests. 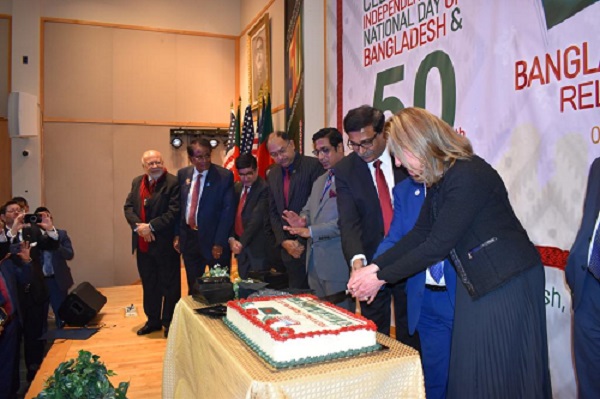 The ceremonial part of the programme began with playing of the national anthems of Bangladesh and the United States.  A video message delivered by US Secretary of State Antony J. Blinken on the 50th anniversary of Bangladesh-US bilateral ties was screened.

In his video message, the US Secretary of State said: "I'm delighted to join you in celebrating the five decades of diplomatic relations between Bangladesh and the United States." Blinken noted that on April 4, 1972, President Richard Nixon sent a letter to Prime Minister Bangabandhu Sheikh Mujibur Rahman, establishing diplomatic ties, predicting that the ties and goodwill between our people would grow for the years to come.

Secretary Blinken expressed his hope that the ties between Bangladesh and the US would grow deeper in the coming days through enhanced collaboration in the areas of mutual cooperation and stronger people to people connections.

Foreign Minister Dr Abdul Momen, in his speech, reaffirmed that Bangladesh deeply values its partnership with the United States and the two countries share the similar values and principles for upholding democracy and human dignity and adherence to global peace and security. He said the government led by Prime Minister Sheikh Hasina is committed to create a stronger, durable and ever-flourishing friendship with the USA. Dr Abdul Momen said Bangladesh-USA economic relationship now stands on a sound footing, and Bangladesh nurtures strong trade and business ties with the United States.

He said Bangladesh firmly believes that its relationship with the USA will further flourish in the next 50 years.

Foreign Minister Momen thanked the US government for extending support to Bangladesh during the COVID-19 pandemic and for their persistent commitment and continued efforts towards a durable solution of the Rohingya crisis.

USAID Deputy Administrator Isobel Coleman, in her remarks, highly praised Bangladesh's tremendous socioeconomic development and said the people of the country have made it clear that they are capable of reaching the next milestone.

Ambassador Isobel Coleman said she looks forward to visiting Bangladesh soon and congratulated the people of Bangladesh who revealed to the world the wonders of a magnificent country.

Bangladesh Ambassador Shahidul Islam, in his welcome remarks, stressed on undertaking mutually beneficial programmes, actions and initiatives in the year of 50th anniversary to exhibit the strength of Bangladesh-US relationship and to advance this very important partnership. 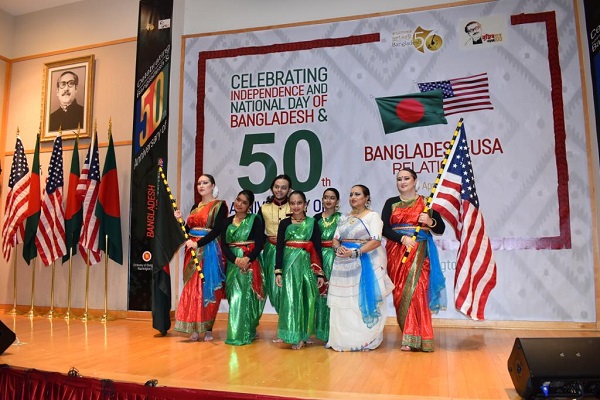 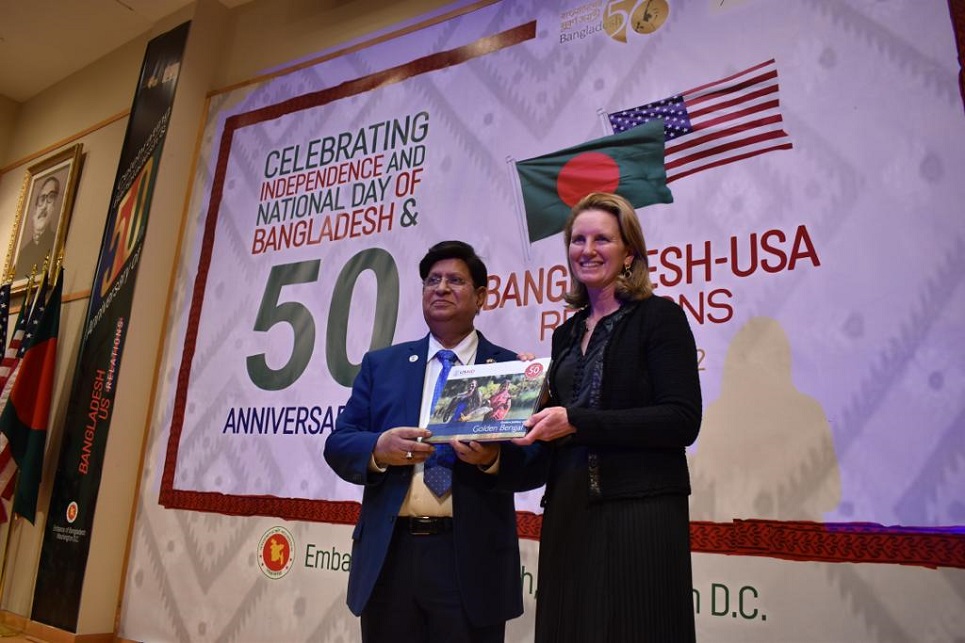 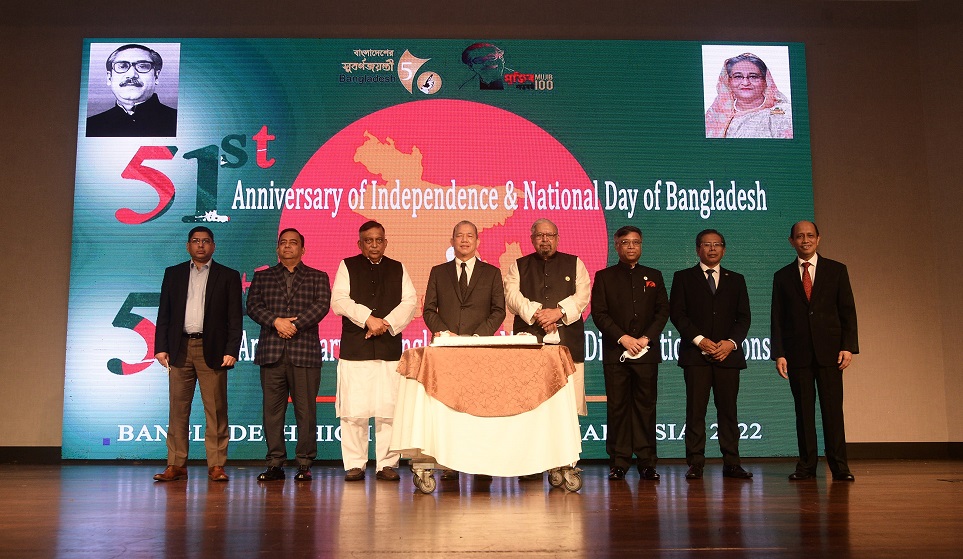 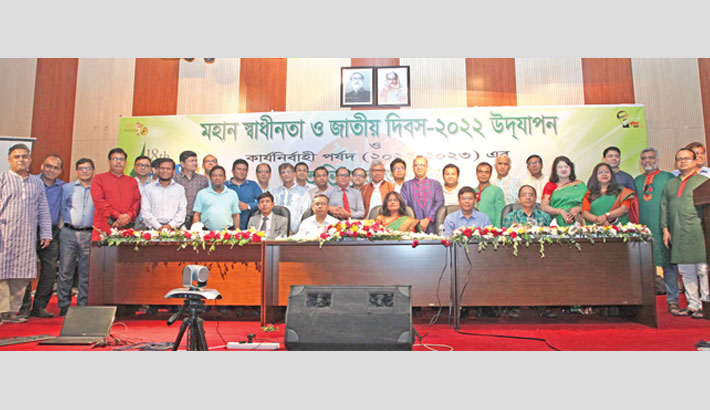 The executive committee of the 18th BCS Forum poses for a photograph at a programme on Saturday, marking the Independence Day. —SUN photo 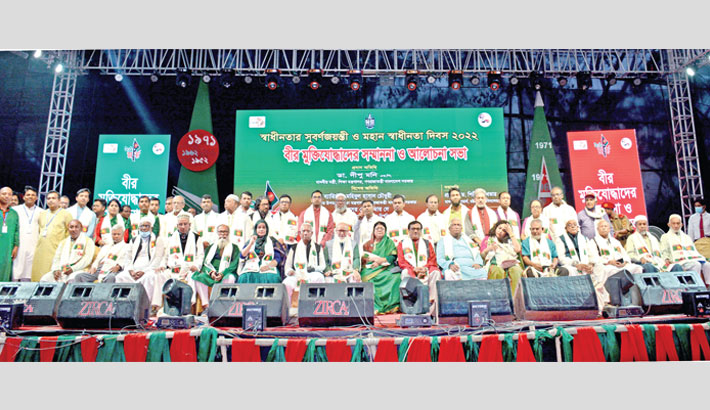 Fifty freedom fighters pose for a photograph with Chattogram University Vice-Chancellor Prof Shirin Akhtar at a reception accorded to them on the university campus on Saturday, marking Independence Day. — SUN PHOTO 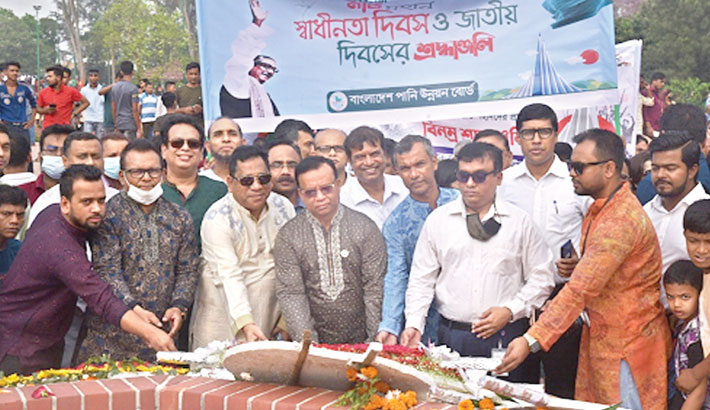 Bangladesh Water Development Board (BWDB) Director General Engineer Fazlur Rashid along with other employees of the board places a wreath at the National Memorial in Savar on Saturday, marking Independence Day. SUN PHOTO 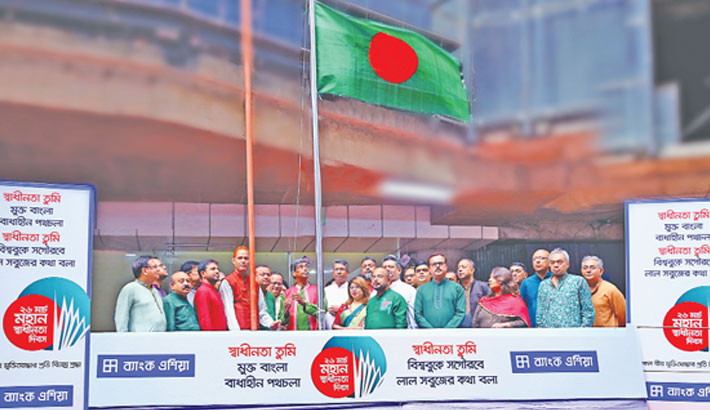 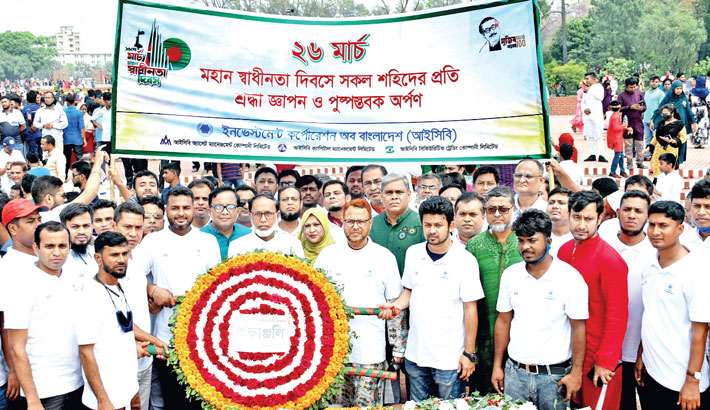