In the hot, hazy and muggy March sun at the Bangladesh Institute of Peace Support Operations Training (BIPSOT), service members of the US Military partnered with their Bangladeshi counterparts to participate in the Tiger Lightning 2022 (TL22) training exercise from March 19-31.

Members of the 5th Security Force Assistance Brigade (5th SFAB) out of Joint Base Lewis-McChord, Washington, the Oregon Army National Guard along with two members from the 303rd Ordnance Battalion (EOD), based at Schofield Barracks, Hawaii, took part in the two week exercise. 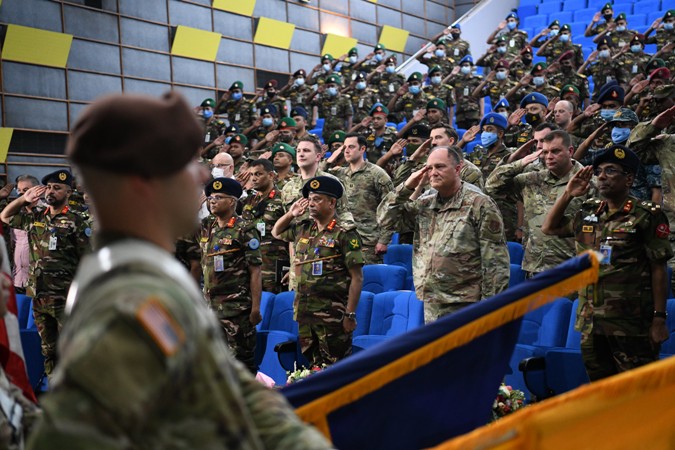 “What I am seeing from this is that people are exchanging experiences,” said Oregon Army National Guard Lt. Col. Demain San Miguel, lead planner for the exercise.

“The people know their equipment, they know the capabilities, but they’re sharing their experiences from Mali, Iraq, and Afghanistan, on how the equipment worked and didn’t work, as well as how you can use the equipment together.”

One such piece of equipment that the Bangladeshis use, which the US military doesn't utilise are small remote-controlled drones in the traditional forces. This piece of commercially produced equipment can give the user all the data they could need in a situation while mitigating huge risks of an individual.

A demonstration of their drone equipment was shown first hand by the Bangladeshi bomb technicians during a case study exercise where the drone investigated a parked vehicle with an IED inside.

Using the little drone the bomb tech was able to investigate the vehicle from a safe distance and then use a remote controlled wheeled robot called “the Hunter” that uses a mechanical claw to remove the IED from the vehicle, which the EOD bomb tech was to safely detonate.

“I have been impressed by the proficiency of the Bangladesh armed forces in the C-IED field,” said US Army Sgt. 1st Class Patrick Dean, a C-IED subject matter expert, assigned to the Oregon National Guard.

Explaining the process, Dean emphasised that, “They have all the procedures and checks down on what you do when exiting a vehicle, and it showed when they demonstrated it to us yesterday.” 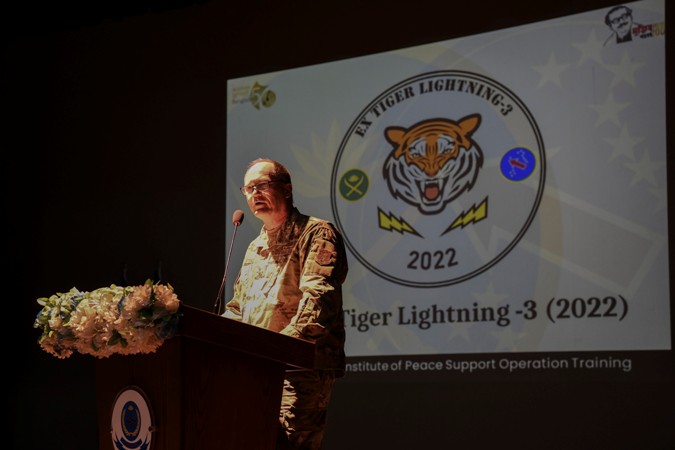 One of the key aspects that has been repeated during this exercise from the Oregon delegates is how the Bangladesh military has real-world United Nations Peacekeeping Operation experiences, and that the U.S. military members have been greatly appreciative of getting their perspectives on. A highly valuable exchange for all members involved in TL22.

“They are much further along in their EOD program than one would think,” said U.S. Army Staff Sgt. Grant Holman, a bomb technician assigned to the 303rd Ordinance Battalion.

“They have enough working knowledge that their EOD techs would probably pass our EOD training school. They are very capable and understand the actual threats which makes sense, because of their real-world UN deployments they have been on.”

Echoing back to the design of the exercise; subject matter expert exchange, the knowledge and real world experiences that these two nations have been sharing with each other has been invaluable to all involved. From the hands-on demonstrations, questions and answers, to the classroom scenario case studies; Exercise Tiger Lighting 2022 has been a complete success. 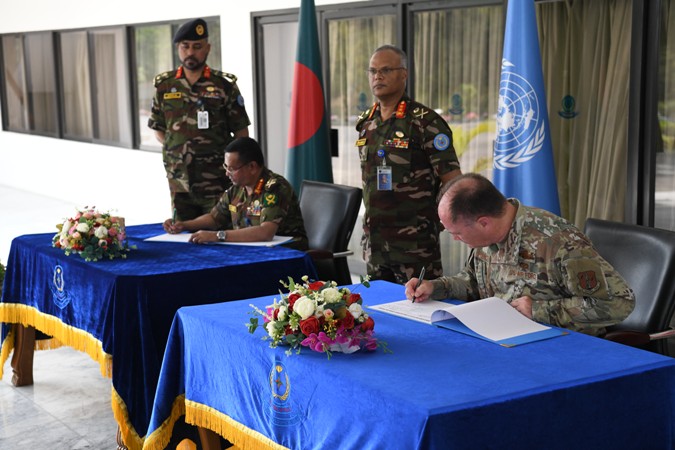 “Absolutely, 100 percent. It’s very clear that these officers who have deployed to Mali and the Congo, know their C-IED procedures. They have different equipment than what we normally use, but they have good procedures built in that helps them unitize all the equipment that they do have very effectively.” said Lt. Col. San Miguel.

San Miguel hopes to have the Bangladeshi C-IED crew visit Oregon in the near future so that they can continue their training on what has been a successful State Partnership Program exercise in the realm of C-IED and EOD training.