Putin misled by advisors who are 'afraid,' says US

President Vladimir Putin has been misled by military advisors reluctant to reveal the scale of losses suffered in Russia's invasion of Ukraine, a US official said Wednesday.

Ukrainian forces have been recapturing territory in recent days -- including the strategic Kyiv suburb of Irpin -- as the Russian offensive appears to stall, a month after the invasion began on February 24.

"We have information that Putin felt misled by the Russian military," the US official said, citing declassified US intelligence.

"Putin is being misinformed by his advisors about how badly the Russian military is performing and how the Russian economy is being crippled by sanctions, because his senior advisors are too afraid to tell him the truth."

The official said Putin had been unaware that conscripts were being deployed to fight in Ukraine, where Russia has suffered huge personnel and equipment losses.

There is "persistent tension between Putin and the MOD (Ministry of Defense), stemming from Putin's mistrust in MOD leadership," the official said.

US Secretary of State Antony Blinken asked about the intelligence while travelling in Algiers said that in "autocracies... you don't have people in those systems who speak truth to power." 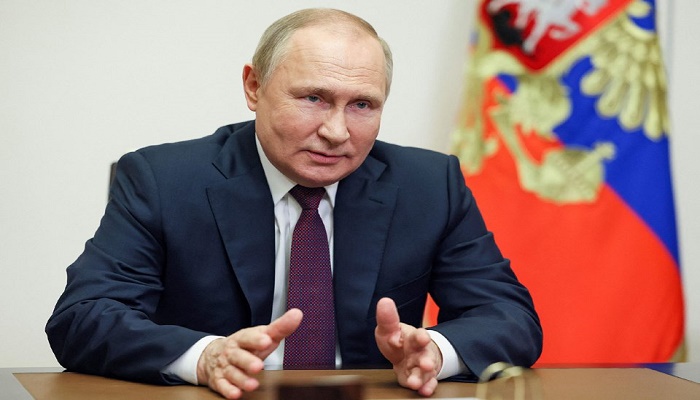