The Government of Japan  has conferred “The Order of the Rising Sun, Gold Rays with Rossete” to Matiur Rahman, one of the founders of Japan-Bangladesh Chamber of Commerce & Industry (JBCCI), in recognition of his great contribution to strengthening economic relations between Japan and Bangladesh.

Ambassador of Japan to Bangladesh Ito Naoki formally handed over the citation to the recipient at a ceremony at his official residence in Baridhara on Monday, said the Embassy of Japan in a press release.

At the ceremony, Ambassador Ito expressed his sincere appreciation to Rahman for longstanding contribution to promoting economic relations between Japan and Bangladesh.

“I would like to express my heartfelt congratulations to Matiur Rahman. Rahman’s achievements and contributions to Japan-Bangladesh relations are remarkable. I am particularly pleased that we are able to celebrate Rahman’s conferment in the year of the 50th anniversary of the establishment of diplomatic relations between Japan and Bangladesh,” said Ambassador Ito.

Matiur Rahman is one of the founders of JBCCI and as the first chairman of JBCCI, he greatly contributed to promoting the investment of Japanese companies in Bangladesh. He also made significant efforts to improve the business environment for Japanese companies and built strong economic partnership between the two countries. 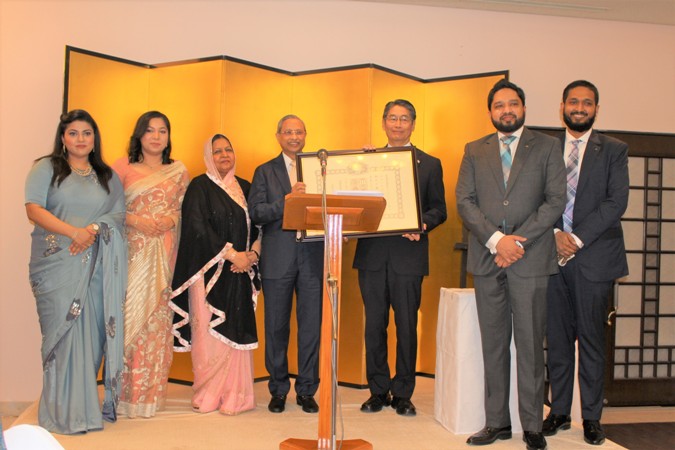 Thanks to his sincere dedication as the JBCCI Board Member and advisor even after the retirement of the Chairman, the total number of JBCCI members has expanded to 254 Japanese and Bangladesh firms. 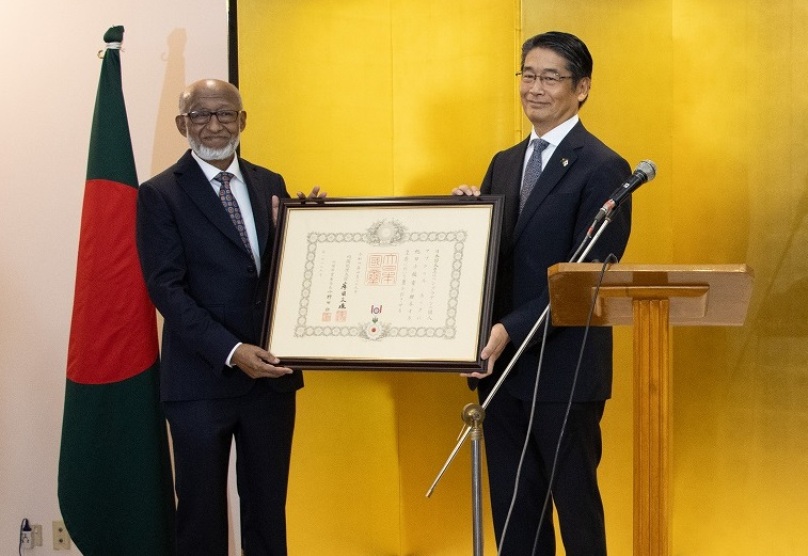 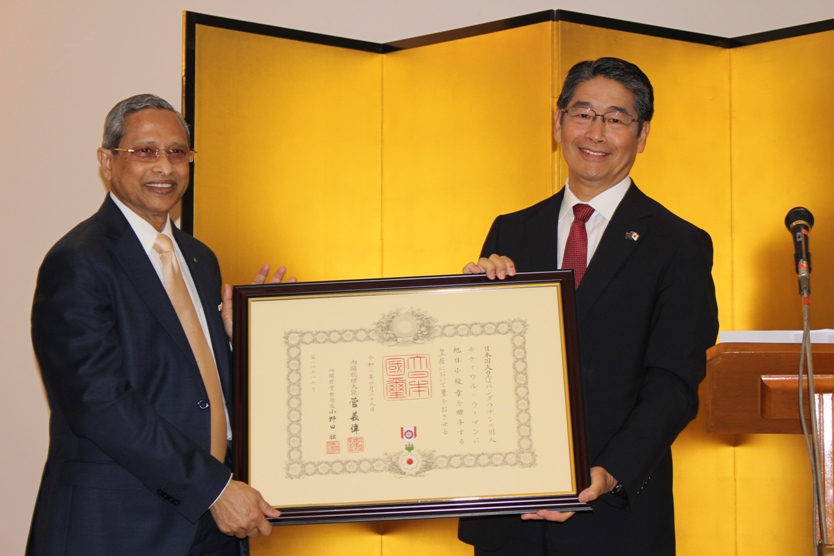