Popular actress Toma Mirza has sustained injury after a monkey bite. She was hospitalised after being bitten by a baby monkey.

The incident took place while she was busy in a shooting for an Eid special drama titled 'Nikhoj Sangbad' at a slum in Sher-e-Bangla Nagar area of ​​the capital on Wednesday (March 17).

After the accident, Toma Mirza was taken to a nearby hospital for treatment. According to the doctor, there is nothing to fear, because monkey bites do not cause any major problems. However, the heroine has been given a bandage due to her injuries.

The monkey was brought in to the spot for shooting a scene of the drama. During the shooting of the monkey game show, the monkey suddenly bit the heroine. The owner of the monkey expressing sorrow for the incident said the monkey did this because it was young and did not train well.

The actress, however, joined again in her work without stopping the shooting considering financial loss of the director.

Actor Shamol Mawla is sharing screen opposite to Toma Mirza in the drama. The drama is expected to be aired on Channel I on this upcoming Eid. 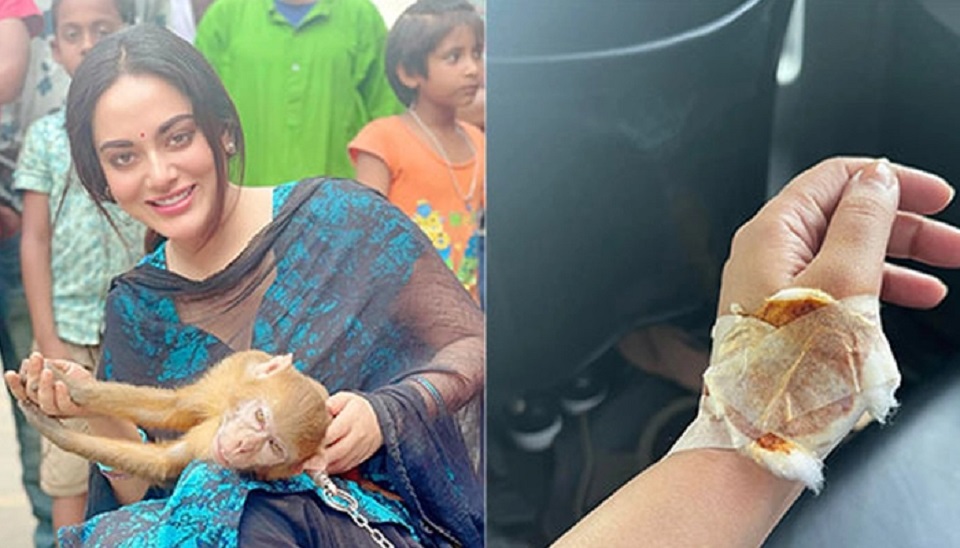