# Uncertainty created due to negligence of ministry

Malaysia has finalised all guidelines and prepared around 1.5 lakh visas to hire workers, but uncertainty has gripped the whole process due to the indecision and dillydallying attitude by the Bangladesh side.

Although two months have passed since the signing of the MoU, no visible progress has been made. Stakeholders fear that the much-desired manpower export market is leaning towards Nepal.

They said that if the situation remains the same, several lakhs migrant aspirants will have to face the consequences of the indifference of the Ministry of Expatriates’ Welfare and Overseas Employment.

According to multiple sources in Malaysia, the Malaysian Ministry of Foreign Affairs will approve 143,000 visas by February 28 in response to demand from employers.

The demand letter will be sent to the Bangladesh High Commission in Malaysia. The High Commission will then give a final report after inspecting the capacity of the employer.

The Malaysian government wants to hire workers through 25 agencies in Bangladesh.

According to responsible sources, Malaysia is interested in connecting the Bangladesh Embassy as all the recruitment process has been digitised.

Following this, the system provider responsible for the Malaysian government has requested for training and installation of necessary equipment for relevant activities including data download for the officials and employees of the Bangladesh Embassy.

But the High Commission has admitted its inability to take any action in this regard as it has not received any instructions from the Bangladesh ministry. As a result, the issue of sending workers to Malaysia has been stuck.

According to High Commission sources, Malaysia has begun approving the demand letter but if the verification process does not start, there is a risk that the procedure of sending workers will be delayed.

They said that they are yet to receive any instructions from the ministry in this regard. Concerned stakeholders said when the process of sending workers to Malaysia will start now entirely depends on the decision of the Bangladesh government.

Sources further said that although everything is advancing smoothly from the Malaysian side, uncertainty has been created from Bangladesh.

The Ministry of Expatriates’ Welfare and Overseas Employment sent a letter to the Malaysian government on February 18, citing that Bangladesh should be included in the digitisation process that Malaysia has created for recruitment.

But Malaysia has a reservation in this regard. The country wants to recruit workers from Bangladesh on par with the existing process with 14 countries including India, Pakistan, Nepal, Vietnam and Thailand.

Talking to the people concerned, it has been learned that if everything starts normally this time, at least five lakh workers will have the opportunity to migrate to Malaysia in the next two years.

In addition, there are plans to reduce the cost of migration. According to a source, the government is going to fix the migration cost to Tk 160,000 per worker this time.

Multiple sources at the ministry said the government is sincere in sending workers to Malaysia. To this end, work is underway to determine the technical matters.

Discussions are underway on some certain issues including the cost of migration of workers, the necessity to register workers with the data bank and the date of launching registration process if it is necessary, the introduction of an online system in Bangladesh and the ways to integrate this system with the central online system of the Malaysian government.

The government, however, could not come to a final decision on these issues. Speaking to multiple recruiting agencies, it has been learned that this is increasing frustration among the aspirant migrant workers.

They have been waiting for a long time due to the global coronavirus pandemic. After about 40 months, the door to Malaysia has opened.

Expatriates’ Welfare and Overseas Employment Minister Imran Ahmad said at a programme in January that workers would be sent from BMET databank.

“Many incidents took place in the past regarding the Malaysian market. I am trying to get rid of the past after taking responsibility. My previous promise is still there. I am not in favour of any syndicate,” he said.

But a group of people has created complexity over the issue. They are trying to prioritise their own interests over the interests of the workers. Therefore, they are creating obstacles in various ways.

Shahidul Alam, director-general of the Bureau of Manpower Employment and Training (BMET), said they were waiting for a demand letter from Malaysia. Based on the final demand letter, the process will be taken forward quickly.

Apart from this, the High Commission is undertaking other technical and policy-making initiatives including determining the cost of immigration and conducting activities as per the demand of the employers.

Former president of the Bangladesh Association of International Recruiting Agencies (BAIRA) Benazir Ahmed, said, “We want the market to open up quickly and unemployed workers to go abroad as several lakhs of them have been waiting to go to Malaysia for a long time. After three long years, the door to Malaysia has opened, but unfortunately, the tangle is not opening.”

He also said the whole process is still uncertain and this is increasing frustrations among the aspirant migrants.

He expressed concern that if the two countries cannot hold quick talks at the government level, the opportunities for Bangladeshi workers in Malaysia may get narrowed and even the prospective market can be lost from Bangladesh’s hands.

Although two months have passed since the signing of the MoU, the government has not yet decided on the issue, he said.

The demand for Bangladeshi workers has increased in Malaysia as the country has succeeded to overcome the stalemate economic condition created by the coronavirus pandemic. There is a huge opportunity ahead of Bangladesh now. With a little more delay, this prospect may turn to Nepal.

BAIRA member Lt Gen (retd) Masud Uddin Chowdhury MP said, “The workers were optimistic after the signing of the MoU. We were also optimistic that the old market would open. But so far I have not seen any visible progress. The whole thing is going very slowly.”

“There is fear that the market will be lost. Many countries are looking to send workers to Malaysia. They look forward to taking advantage of this opportunity. If Bangladesh stumbles a little, those countries will seize this opportunity,” he added.

According to the Ministry of Human Resources of Malaysia, some 146,032 aspirant workers have applied till February 19. In the meantime, the Malaysian government has approved the demand letter of more than 30,000 workers. At the same time, old demand papers for Bangladesh are being re-approved.

The two countries signed an MoU on December 19 last year to reopen the Malaysian labour market for Bangladeshis after a long 40-month closure.

Workers were supposed to be sent a month later. 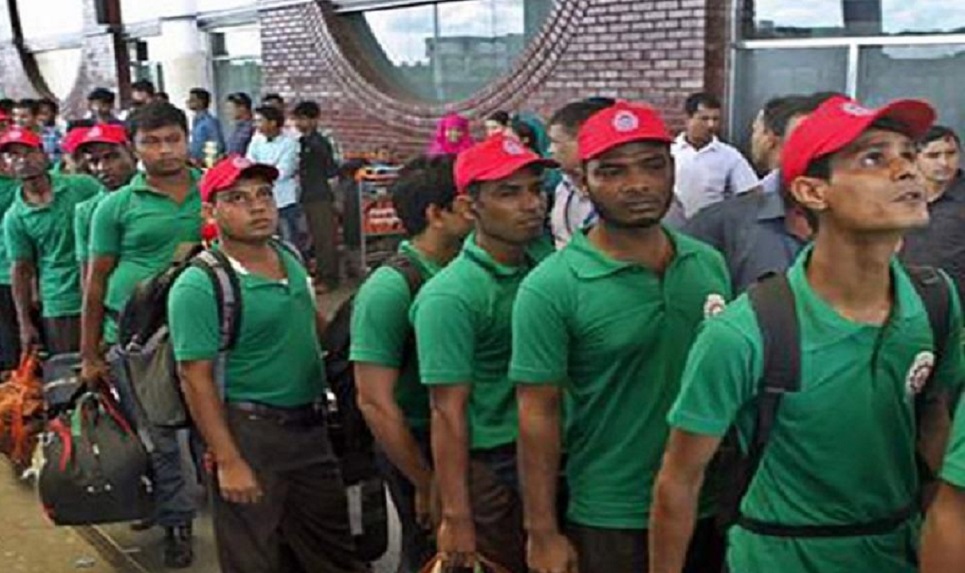