The President of Burkina Faso, Roch Kabore, has reportedly been detained by mutinying soldiers.

Some troops in the West African nation have demanded the sacking of military chiefs and more resources to fight Islamist militants.

Gunfire had been heard overnight near the presidential palace and at barracks in the capital, Ouagadougou.

The government, however, denied suggestions of a military coup or that the president was under arrest.

Hundreds of people have come out in support of the soldiers despite a government-imposed curfew. Some of them set fire to the ruling party's headquarters. 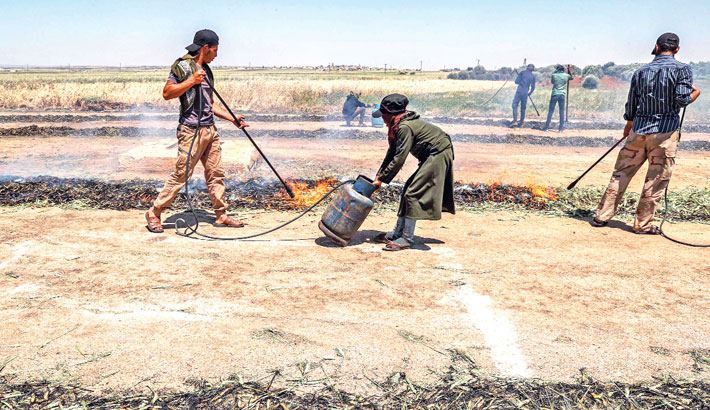 Labourers roast durum wheat to produce freekeh after harvesting a field on Friday, in the Syrian town of Binnish in the rebel-held province of Idlib in northwestern Syria —Photo AFP