OPPO has been experiencing phenomenal growth in the local market as O fans and users have showered unconditional love on OPPO smartphones. To make this bonding stronger, OPPO Bangladesh has been organizing O’ Fans Fest for the last few years to return the love they have received from their users. This year’s arrangement was also an emblem of commitment to the O fans. Every year, OPPO organizes this festival to celebrate the togetherness that OPPO has been able to build with their users and fans, and create new memories that will be treasured for a lifetime. O fans feel that this kind of festival is a precious occasion as it gives them an opportunity to flaunt enjoyable expressions and connect with the communities of like-minded people. This fest helps instill a sense of value in them as they are being hosted very cordially and with priority. Keeping that in mind, every year OPPO arranges this festival to multiply the happiness and elevate the morale of the fans.

Lots of smiling faces all around. Everyone is looking so delighted. In cheerful outbursts, everyone is having the time of their lives. The background DJ music is multiplying the happiness manifolds, creating moments of euphoria and merriment. This was the ambience that prevailed at The Palace Luxury Resort at night on 30 December 2021 when the winners of O’ Fans Festival, accompanied by most renowned actress Safa Kabir, Mumtaheena Chowdhury Toya and Shawon along with prominent tech reviewersWahid (TTP), Samzone, Sohag360,RatulOsaman, Farabi and online influencersMitanur Rahman Mimi (Tomatoo), Shovon (Yellow Potato) and Shihab Hasan Neyon,were taken away from the hustle and bustle of city crowd to treat them to something memorable. There are some events and moments in life that we yearn for and never want to obliterate from our memoirs. O’ Fans Festival Night was such an event when O fans burst into enjoyment.

The journey began on 30 December and ended on 31 December 2021. These two days were full of fun and exhilarating activities.The winners stayed at The Palace Luxury Resort for two days along with their loved ones. O fans gathering together along with their family members was a sight to remember for years as all of them were glee and happy to be a part of such a gathering.The participants were accorded a grand reception as they reached the resort with band music and they were escorted to their rooms in red carpet.

O’ Fans Night was held on 30 December 2021. Damon Yang, Managing Director of OPPO Bangladesh, said on this occasion, “With a commitment to serve the huge customer base in Bangladesh, OPPO has been doing everything to introduce smartphones equipped with latest technologies. As a result, OPPO Bangladesh has got a very large fan following and users’ base. Our growth journey in this country has been phenomenal owing to the response we have received from our users and fans.”

This event is to portraying the incredible journey of OPPO with Fans the reflection of bonding. The famous celebrities and iconsand host engaged in a very lively discussion where they talked about OPPO’s upcoming products and their top-notch features. Fansgot a chance to hear about the product quality from the tech reviewers directly and also got to know about the hard work OPPO puts into making a top-notch smartphone for their users. Renowned tech reviewers - Wahid (TTP), Samzone, Sohag360, RatulOsaman and Farabi and popular YouTubers Mitanur Rahman Mimi (Tomatoo), Shovon (Yellow Potato) and Rafayat (Rafayat R) were a part of this session.

To refresh the fans, Stormy Sky Dance Group performed a dance number and fire spin. Renowned comedian Abu Hena Rony and Rafayat then took on the stage to give some comic relief to the audience. Everyone just could not hold them back and burst into laughter when they delivered punch lines.

Then, there came the most attractive part of the night when renowned actresses Mumtaheena Chowdhury Toya, Safa Kabir and Shawon joined the celebration along with the winners to multiply the joy. This wasan interactive session between the fans and their favorite celebrities as the fans were given floor to ask whatever they want to the celebrities.There were other exciting activities like fun moments with a comedian and question & answer session. Live game shows were also arranged for the fans where everyone seemed too responsive and were in playful mode.

However, the whole scenario changed when Kornia, the singer with a dulcet voice, came on the stage and entertained everyone with her beautiful songs. The singer also performed the theme song of the event with DJ Maruf. Everyone singed along. Live song was played and everyone got into party mode then and there.They also enjoyedspectacular fire spinning andDJ show. Finally, prizes were distributed among the winners of O’ Fans Festival. On 31 December, everyone got back to Dhaka with hundreds of memories to be cherished for years to come.

At the beginning of this month, the leading global smart device brand OPPO kicked off its month-long O’ Fans Fest to connect with their users in meaningful ways. During the month-long fest, OPPO users were given a chance to take part in the campaign and get rewarded as every purchase has been rewarded with giveaways. Moreover, the selected lucky winners were taken to The Palace Luxury Resort located in Sylhet for creating some unforgettable moments. The winners were not only taken from the capital under OPPO’s own transportation management, but they were escorted back to their homes. 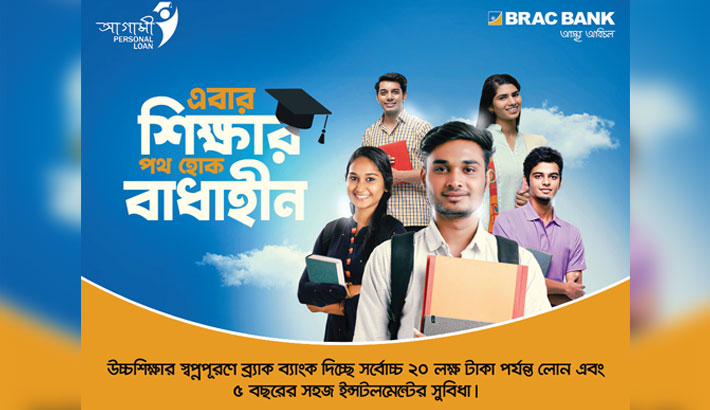 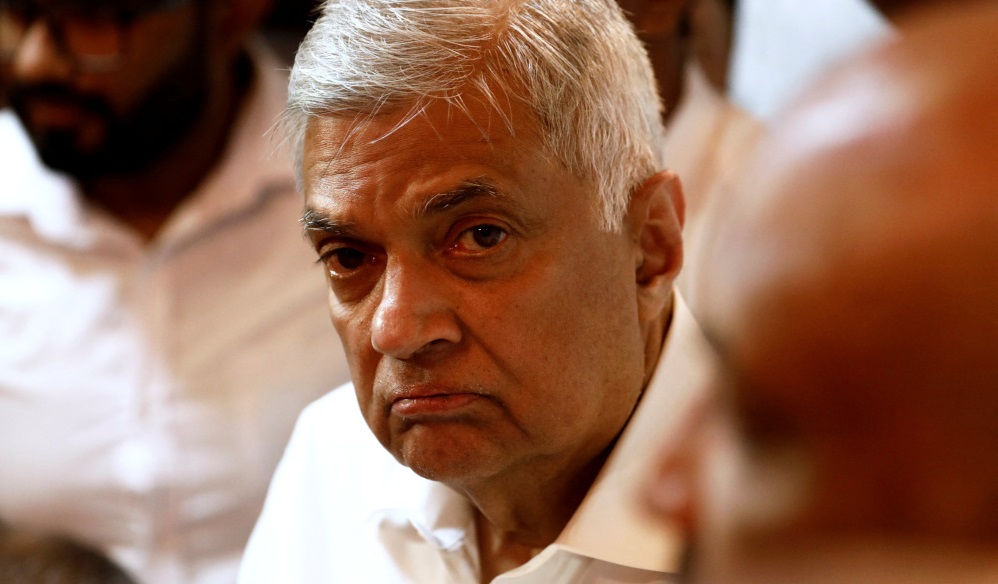 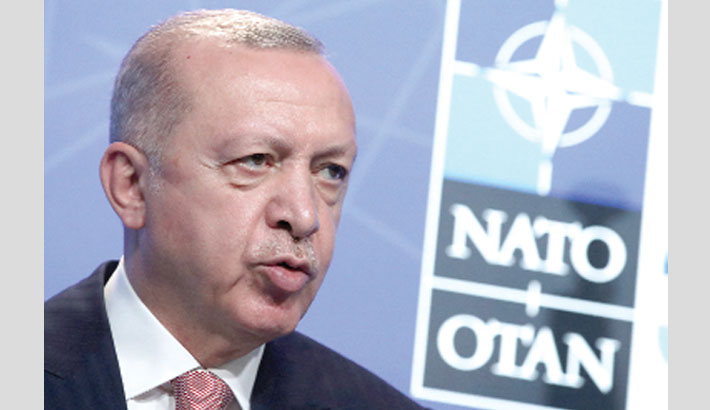 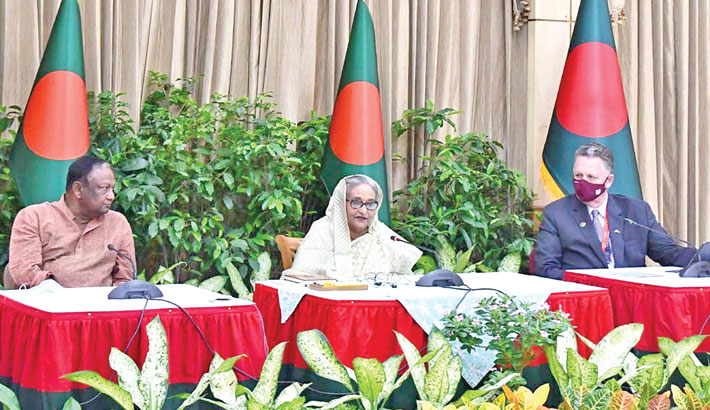 Grab opportunities for investment in Bangladesh 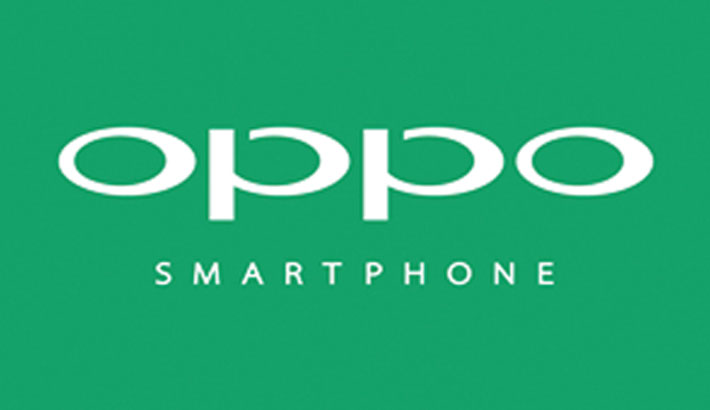 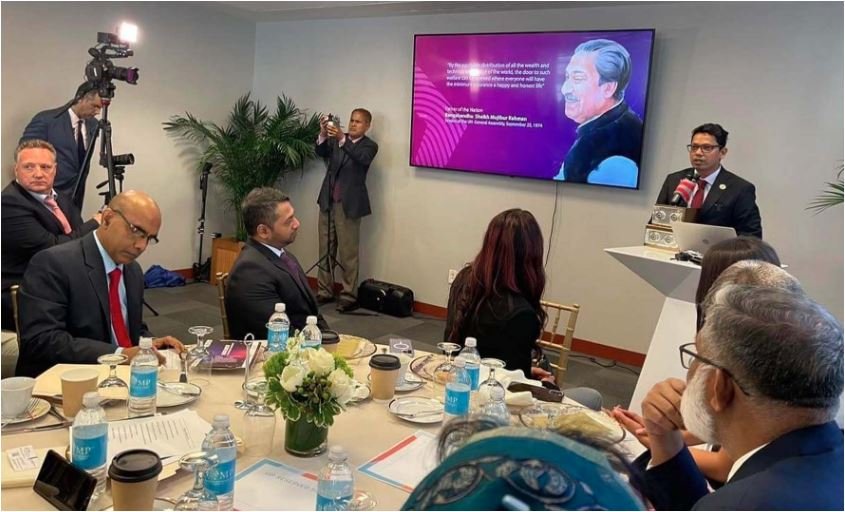 Virtual platform to be introduced to create business opportunities: Palak 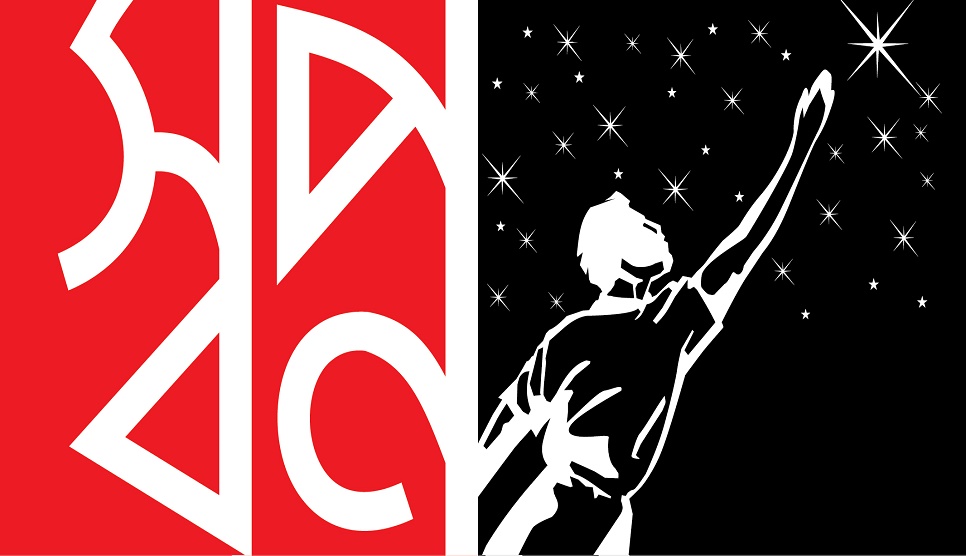 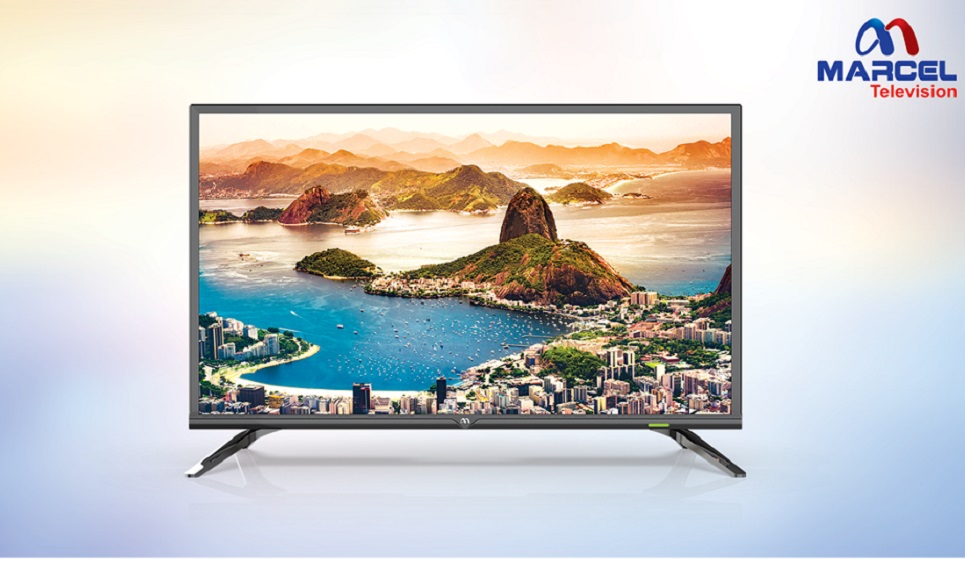 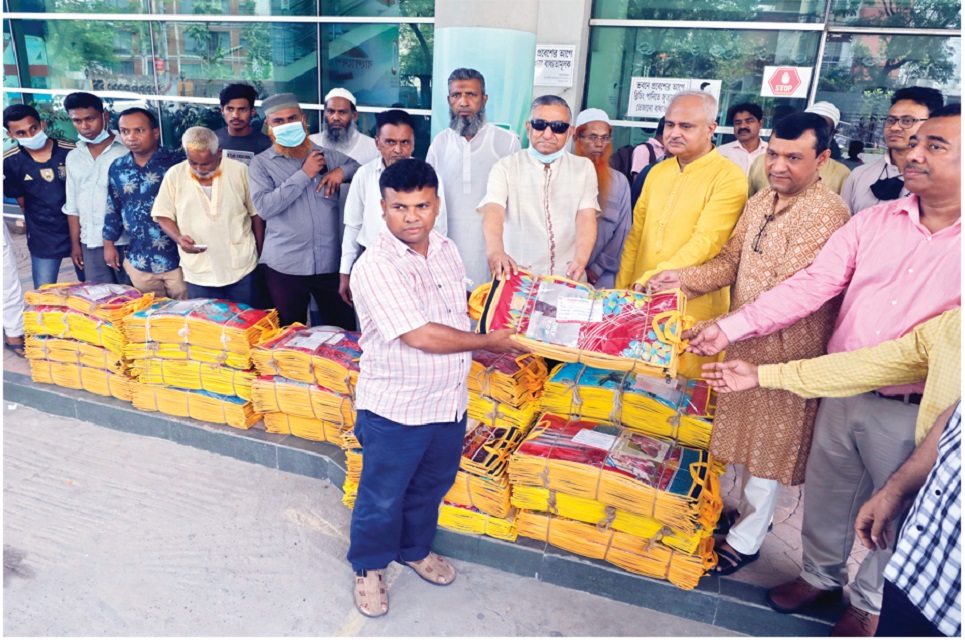 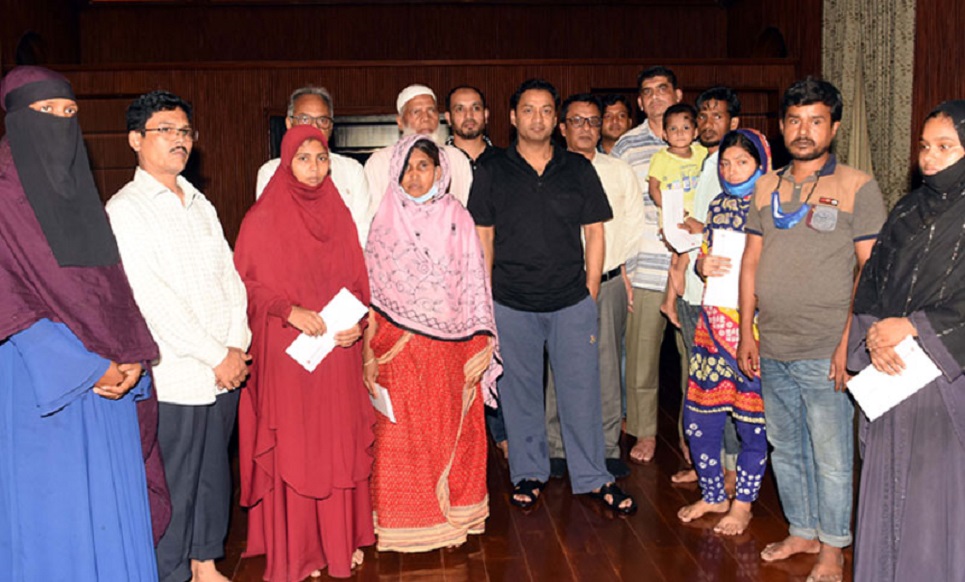 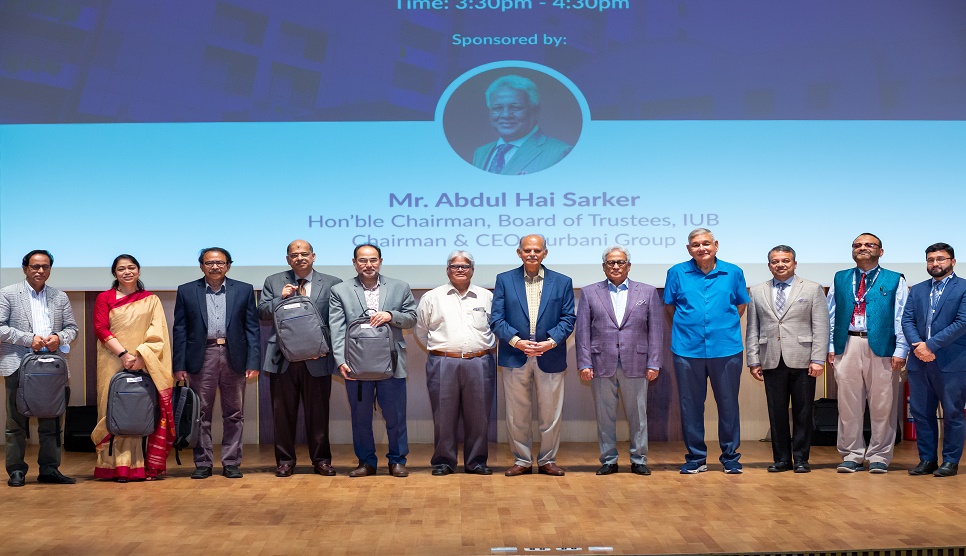 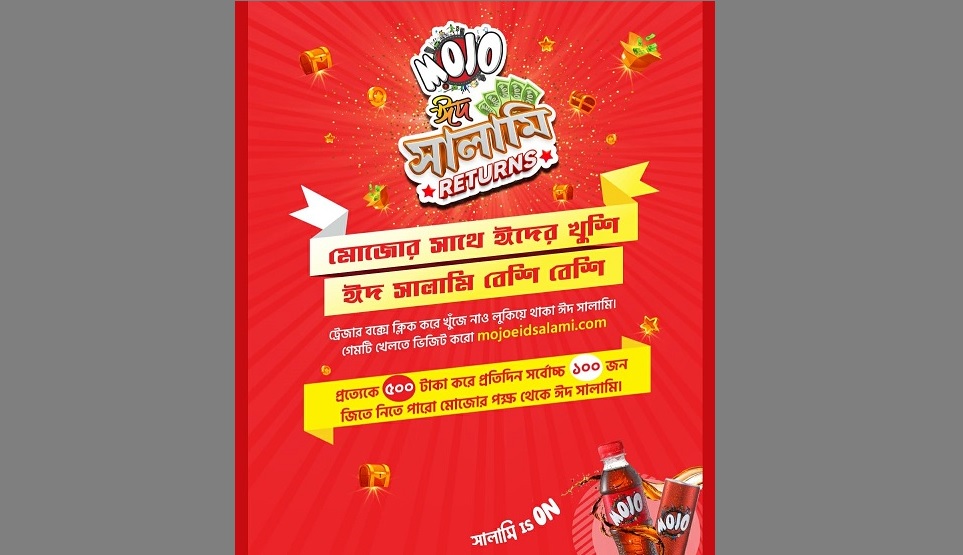 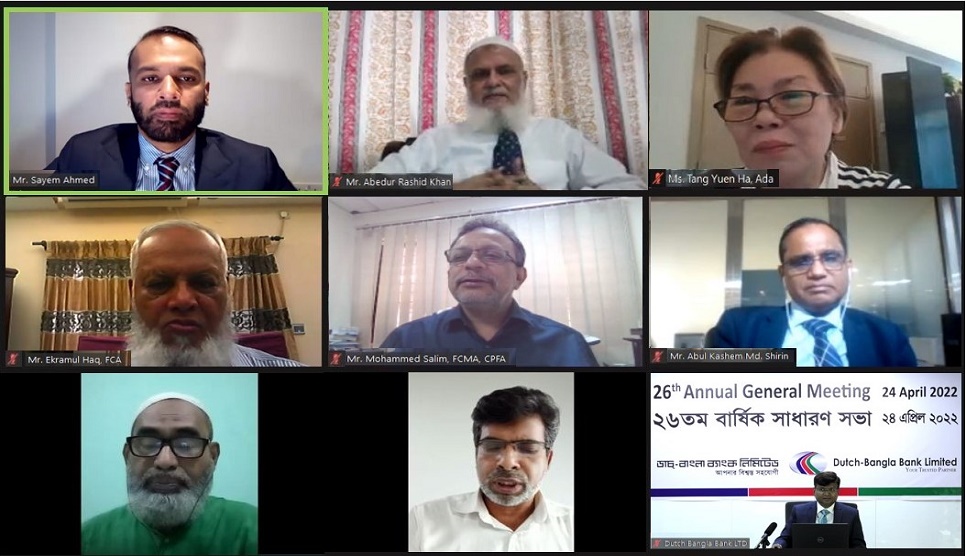