The Taliban have forbidden drivers from playing music in vehicles and having women without hijab as passengers, media reported on Saturday.

Citing the ministry for the propagation of virtue and the Prevention of Vice, reported that a written recommendation on the subject was issued.

Speaking to Sputnik, an owner of a hotel in in October said that the Taliban had banned live music at weddings and ordered men and women to celebrate in different halls.

During the Taliban's last reign, from 1996 to 2001, women were forced to wear a burqa, not go outside without a male guardian. Prayer timings were brutally imposed, men were forced to grow beards. Moral police were installed in every street, to punish violators with harsh punishments like flogging, amputations, public executions, reported New York Post.

Signs of such incidents have started re-appearing on the streets of Kabul.

The Taliban's Ministry for the Promotion of Virtue and Prevention of Vice had also issued "religious guidelines" calling on Afghanistan's TV channels to stop showing women in dramas and soap operas.

Although the group had said that these new guidelines might not be implemented but the history has shown that the group is committed to implementing their version of hardline Sharia law into the country, news reported.

As the Taliban took control of Afghanistan once again after 20 years, experts also believe that Afghan women are most likely to face an uncertain future under the terrorist group regime. 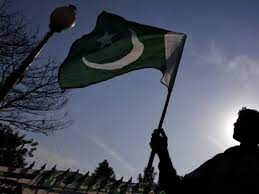