The Scottish government is considering whether to cancel large events such as Hogmanay street parties, concerts and major sporting fixtures.

A decision will made at a cabinet meeting this morning, before being announced by First Minister Nicola Sturgeon at about 14:20 (GMT).

Sturgeon has already said there will be no change to the rules or advice around Christmas Day.

It comes amid surging numbers of Omicron cases across the country.

It is understood much of the concern around sporting fixtures in Scotland is centred on fans travelling to and from matches and close contact with other people in queues and toilets.

The emergency services are also said to be keen to free up crews that would be used at major events for other priorities - especially at a time when high numbers of personnel are having to self-isolate.

One option could be to follow Wales, which has announced plans for sporting events to be held without crowds from Boxing Day.

Another key focus will be on Edinburgh's annual Hogmanay street party celebrations on 31 December, which is currently due to go ahead with a reduced capacity of 30,000 people - who will all need to show evidence of a negative lateral flow test before they can attend.

And several concerts, theatre productions and other events have already been cancelled voluntarily in Scotland.

Scottish ministers are also expected to decide how best to direct £220m of additional funding from the Treasury to help businesses affected by tightening rules in response to Omicron.

Scotland recorded more than 6,700 new Covid infections on Monday, with the percentage of tests coming back positive at its highest level since January, at 15.2%.

Meanwhile, the UK as a whole reported 91,743 cases, the second-highest daily total since mass testing began. 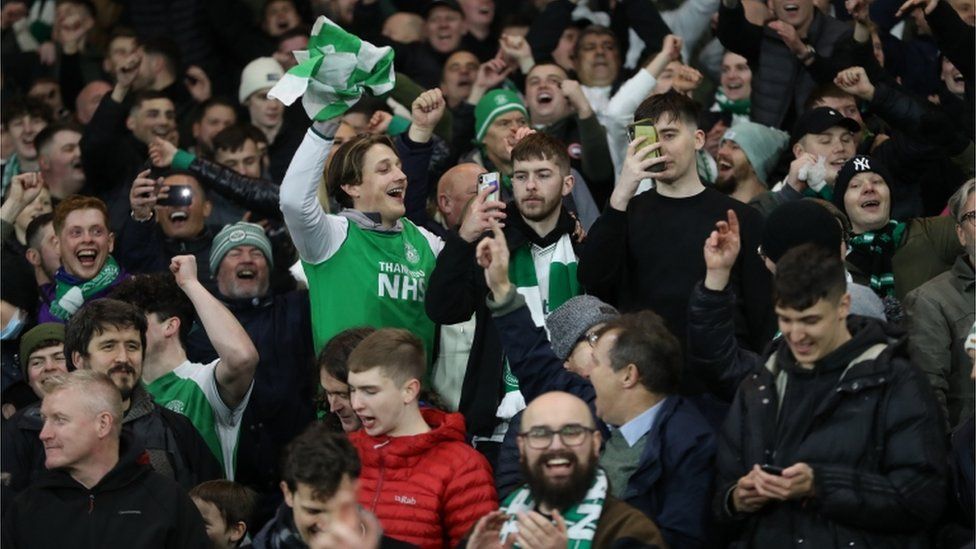