Towards the end of November 1971 it was evident from all unfolding events in Bangladesh and India that the final war between Pakistani occupation forces inside Bangladesh and the joint forces of Mukti Bahini and Indian forces is imminent. Lieutenant General Nizai, the commander of Pakistani forces, was making a whirlwind tour of the fronts to boost up the sagging morale of Pakistani forces and the local collaborators, the Razakars and Al-Badars.

He would regularly brief foreign and local journalists that in the event Indian forces decide to enter his territory (Bangladesh) he is ready and he will be found fighting alongside his forces. He was desperately trying to live up to his name ‘Tiger Niazi.’ On the evening of 3rd December, Pakistan Air Force made a pre-emptive strike on the air fields inside India in the western front while the first strike inside Bangladesh was made by the newly formed Bangladesh Air Force under the leadership of Air Vice-Marshall Sultan Mahmud.

The then Indian Prime Minister Indira Gandhi who was addressing a public rally in Kolkata was informed about the Pakistan Air Force strike. She immediately reached New Delhi under special arrangements and addressed a hurriedly called meeting of both houses of the Indian Parliament and informed about the Pakistan Air Force Attack and announced ‘we are at war with Pakistan’.  On 6th December India recognized Bangladesh with Bhutan as an independent nation amidst thunderous applause in the Indian Parliament.

Things were moving very fast. Pakistan’s defence both in the eastern as well as western front was crumbling and by 16th December 1971 the game Pakistan’s General Yahiya wanted to play was over. General Yahiya stepped down and handed over the power to People’s Party President Zulfikar Ali Bhutto. Bhutto who earlier conspired to keep Sheikh Mujib out of power, now found himself as the President of a truncated Pakistan.

Sheikh Mujib, the father of the newly born Bangladeshi nation was released from the Pakistani prison where he was held by the Pakistan Army on 8th January 1972. He flew back to Dhaka via London on 10th January 1972.
In about few weeks’ time India announced the name of Subimal Dutt (1903-1992) as the first Indian High Commissioner to Bangladesh. Dutt was a seasoned diplomat and is thought to be longest serving Foreign Secretary of India. Incidentally Dutt was born in Kanungopara of Chittagong and he was one of the eleven children of his parents. He left Chittagong in 1943 presumably to study in Kolkata and adopted India as his country after the partition in 1947. A part of the family stayed back in Chittagong and much later after Bangladesh was born Dutt found that his eldest brother who lived in Chittagong was brutally murdered by the Pakistani army and their collaborators. The Dutt family established the Sir Ashutosh College in Kanungopara which now is a government college. No choice would have been better to become the first High Commissioner of India to Bangladesh.

At that time Dutt was 68 and was living a retired life. He not only served the then Indian Prime Minister Indira Gandhi but also served her father, the first Prime Minister of India Jawaharlal Nehru as an ICS officer.

This December Bangladesh and India are celebrating fifty years of its eventful period of relationship. India has declared that from now on 6th December will be celebrated as Maitri Diwas (Friendship Day). The day is just ten days before the liberation of Bangladesh. The Maitri Diwas will also be celebrated in 18 other countries around the world apart from Dhaka and Delhi. It is enough a time to look back and take stock of the situation and rehash what has gone right and what could have been done in a much better way.

When Mujib formed his government on 12th January 1972, the biggest task he faced was to bring back about ten million refugees from India who had to leave their country due to genocide and atrocities unleashed by the Pakistani soldiers and their local lackeys. It was only due to the magnanimous attitude of the Indian government and the people of the neighbouring Indian States did these wretched homeless people got refuge in India. During this time Bangabandhu also managed to send back with honour and dignity the Indian forces who fought alongside the Bangladeshi Mukti Bahini and shed their blood.

Bangabandhu managed to serve the country he led to create as its Head of State and Head of Government just for three and a half years before he was killed along with his seventeen family members on the fateful night of 15th of August 1975. During this short period the few achievements that Bangladesh and India could resolve include quite a few important outstanding problems which included the signing of Indira-Mujib accord that highlighted the exchange of adversely possessed enclaves between the two countries in May of 1974.

The problem existed since 1947. Looking back down the memory lane this accord may be termed as the single most important accord between the two countries till now. Besides the exchange of adversely possessed enclaves, the accord also included rationalising the land border demarcation between the two countries which was never given proper attention by the British government in 1947 when they irrationally divided Bengal as they had little or no knowledge of the proper history, heritage and culture of Bengal.

As required, Bangladesh immediately ratified the accord in the nation’s parliament but unfortunately India failed to do their part due to evolving politics in India. Finally the accord was ratified in both houses of Indian parliament unanimously in 2011 when Bangabandhu’s daughter Sheikh Hasina was in power and India’s current Prime Minster Narendra Modi was and still is her counterpart in India. Bangabandhu also managed to convince his counterpart in India Indira Gandhi the importance of sharing the Ganges water equitably and both countries reached a temporary agreement regarding the sharing of the Ganges water during the lean season. A Joint River Commission (JRC) was formed with representatives from both the countries.

Unfortunately with the killing of Bangabandhu the JRC virtually became defunct. One of the most important achievements when Sheikh Hasina formed government for the first time in 1996 was the signing of a comprehensive bilateral Ganges water sharing treaty which would be reviewed after thirty years. Though the treaty did not solve the water sharing problems between the two countries, it surely gave Bangladesh an edge over India on the bargaining table besides recognizing Bangladesh’s rights as a lower riparian country.

The relationship between the two countries soured and took a nosedive soon after the killing of Bangabandhu and later India’s Prime Minister Indira Gandhi. The relationship entered a dark alley from 1975 to 1996 the most damaging was the  sponsoring of NE Indian insurgents by the military governments of Zia and Ershad and the elected government of  Begum Zia during her 1991-96 tenure. The sponsorship included not only giving sanctuaries to the Indian insurgents but also Bangladesh government decided to allow Bangladesh to be used as a conduit of smuggling modern arms and armaments for  the Indian insurgents. The ten truck arms haul in Chattogram on 1st April 2004 is to be noted. At that time Zia’s wife Begum Zia was in power.

It was only when Sheikh Hasina formed the government in 2009 the security of NE India states were ensured through eradicating all the insurgent’s safe havens inside Bangladesh. She tried for the same when she formed government in 1996 but could not do much as the administration was virtually unwillingly to give the issue a priority or even help the newly formed government. Most of the people in the administration entered the profession during the reign of all successive governments since 1975. They willingly allowed Pakistan’s infamous military intelligence service ISI to assist Indian insurgents to destabilize the States of NE India.

During the last one decade of Sheikh Hasina’s rule the relationship between the two countries has scaled newer heights but unfortunately irresponsible remarks by a section of responsible Indian politicians created bad feeling amongst the people of Bangladesh. During the last fifty years one nagging problem that persisted to exist is the equitable sharing of the Teesta River water and added to it is the indiscriminate killing at the border by the Indian Border Security Forces.

The case of poor Felani and her dangling dead body over the border fencing now has become an international icon how human rights can be violated by the cruelty of Indian Border Security forces in spite of the fact that agreements were reached on number of occasions between the two countries when there are cases of illegal border crossing the border security forces will use non-lethal weapons.

The Teesta Water issue reached a point of final solution when the Prime Minister of both countries would just sign the accord when Dr. Manmohan Singh visited Bangladesh in 2011. It was just due to last minute opposition by Paschimbanga Chief Minister the accord could not be signed and the problem still remains a bone of contention for both the countries

During the last one decade the connectivity between both the neighbours improved manifold. This includes transit facilities given to India using Bangladesh’s waterways and the opening of number of close rail links facilitating movement of goods and people. Bangladesh has agreed to allow India to use the two major sea ports, Chittagong and Mongla as transit ports mostly to be used by the NE Indian States.

The frequency of air travel has increased too but yet to be reached to pre-pandemic period position for obvious reasons. Currently the volume of trade between both the countries is around US$ 12 billion, with the balance always heavily tilted towards India though Bangladesh has on several occasions requested India to allow duty free access to Bangladeshi finished goods and commodities to India. Unfortunately this has not happened in a big way and frequently India even imposes non-tariff barriers for goods exported to India from Bangladesh.

The last fifty years of partnership between the two neighbours have seen many ups and downs but both countries have to look towards the next fifty years. The geo-strategic position of Bangladesh is very important for India and more beneficial to it and that perhaps is the reason why existing relationship between the two neighbours needs to improve and, needless to say, this will have to be done on a win-win situation. If other neighbouring countries of India, especially Nepal and Bhutan are included in the partnership the synergistic effect will be much more. Bangladesh has graduated from LDC level to the developing country status and if both the countries join hand, it will be beneficial for other countries in the region as well.

All these countries can join hands to generate hydropower, allow easy access both to Nepal and Bhutan to use the Indian corridors to have access to the port facilities in Bangladesh. India can do itself lots of positive image building if it can manage its border more humanely and stop using lethal weapons for stopping trespassers both ways.

A section of Indian politicians always believes in jingoism and needlessly on a regular basis which demeans the honour and dignity of Bangladesh not realising that a warm relationship between the two neighbours benefits India more than Bangladesh. Bangladesh today is not the same Bangladesh that was fifty years back. The people of Bangladesh never forgot the sacrifices made by India and its people during our Liberation War. The last fifty years was good; let the next fifty years be even better. Long live India Bangladesh-India friendship. 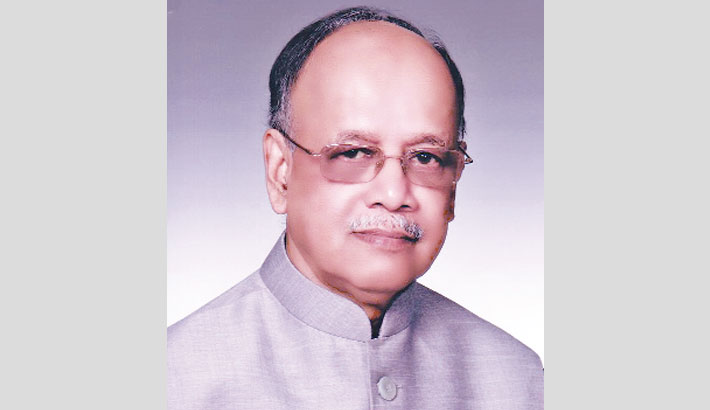 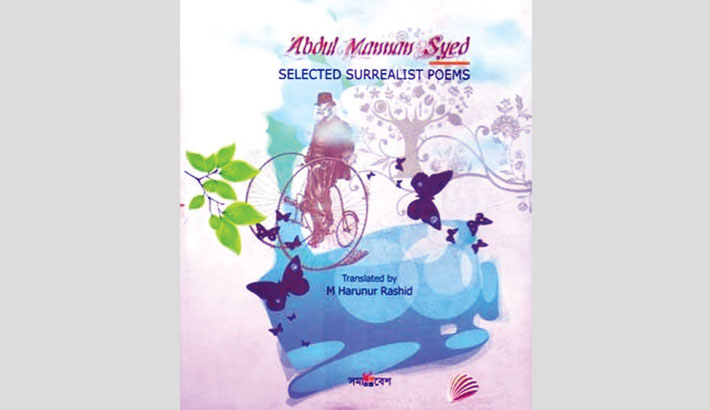 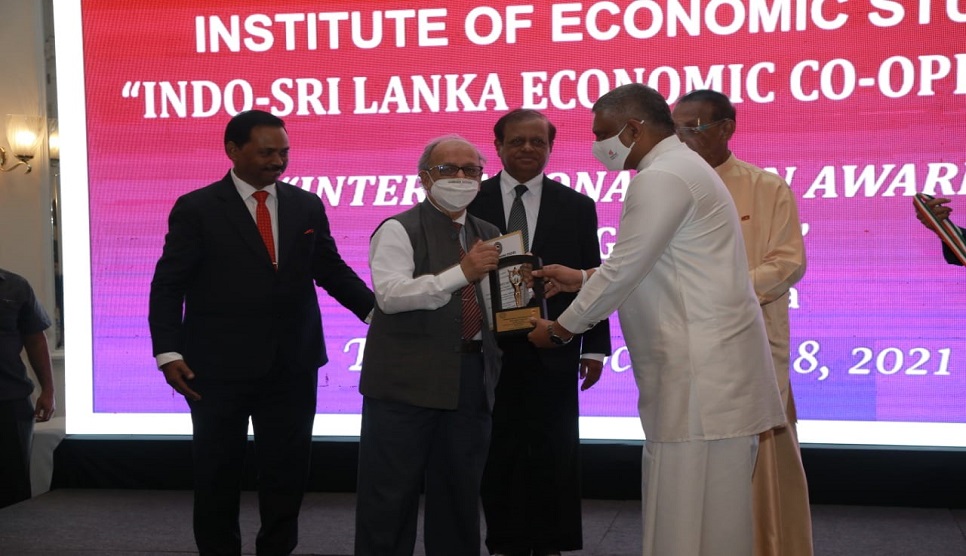 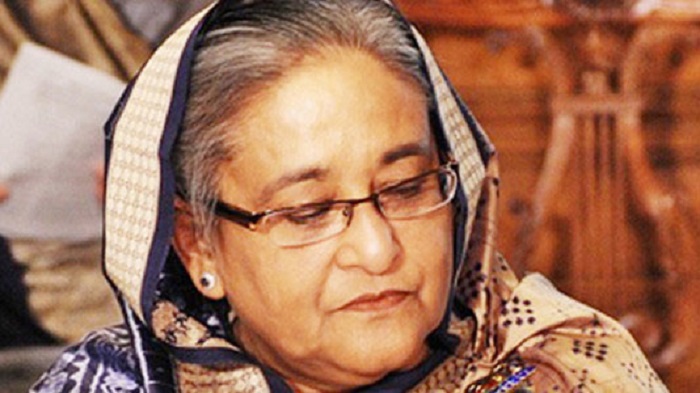 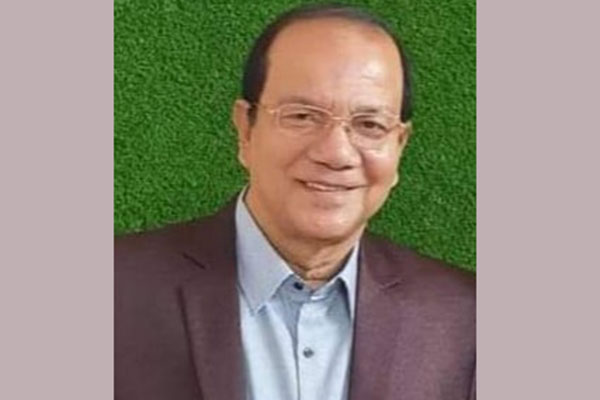 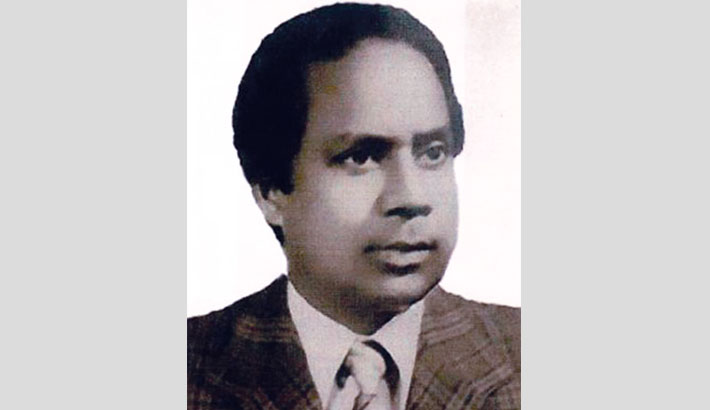 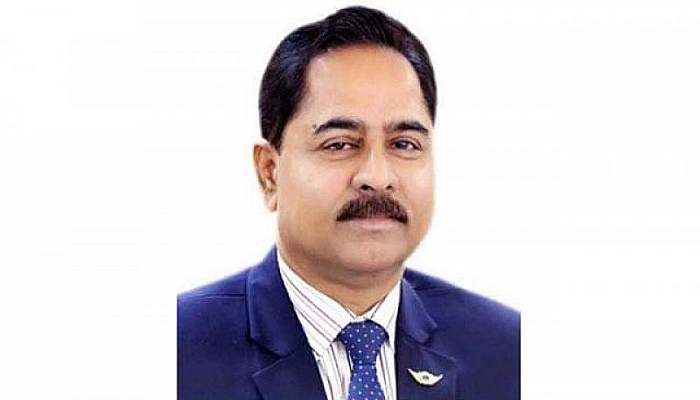 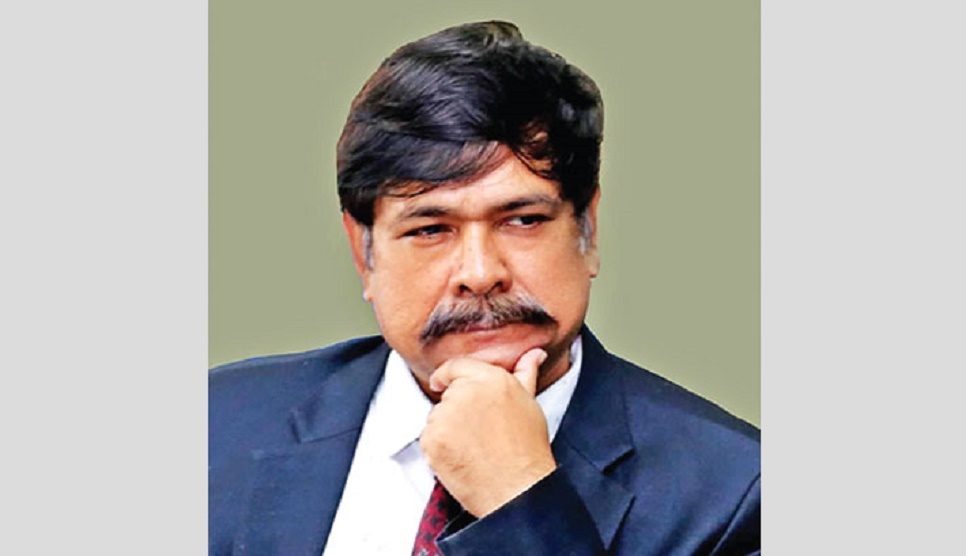 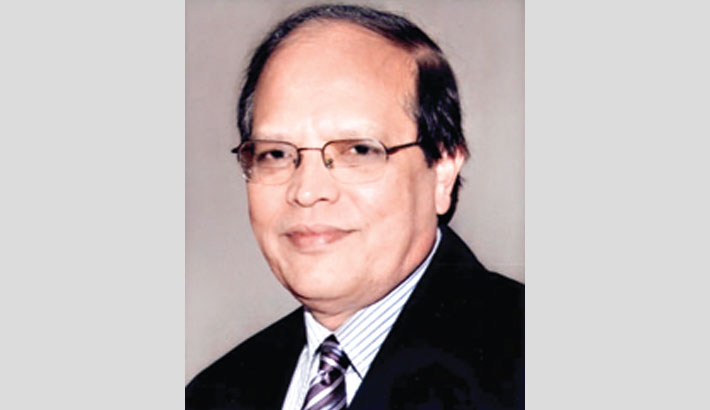 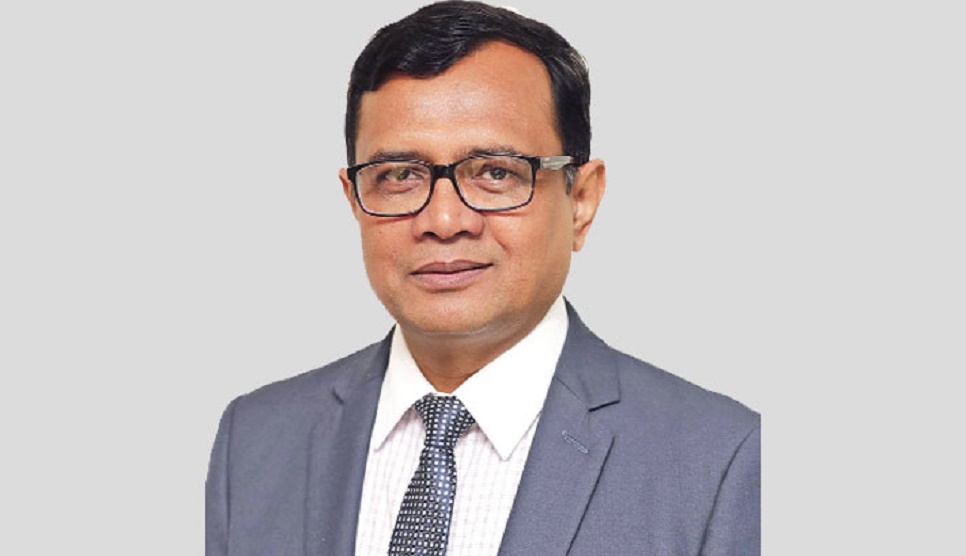 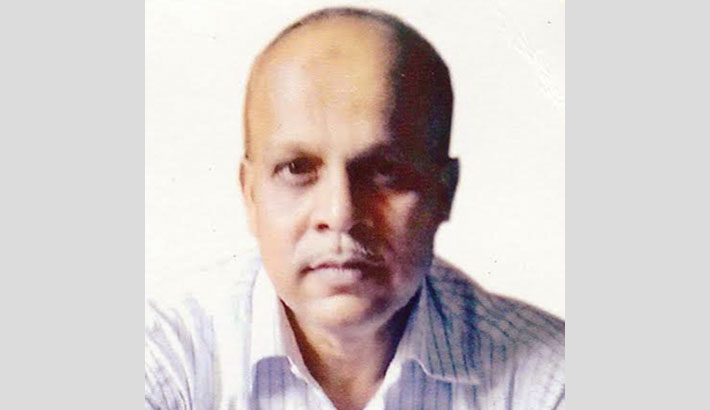 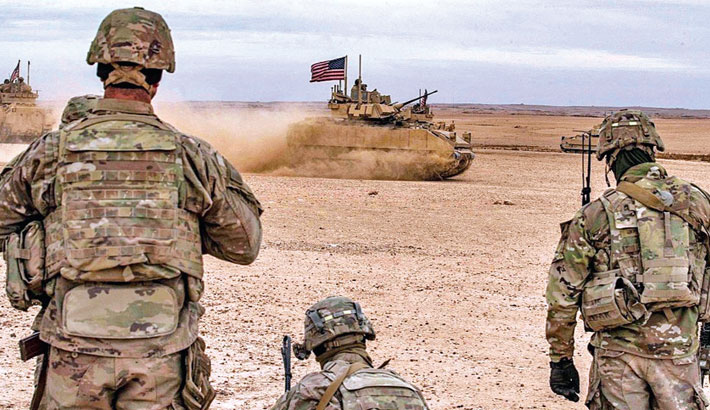 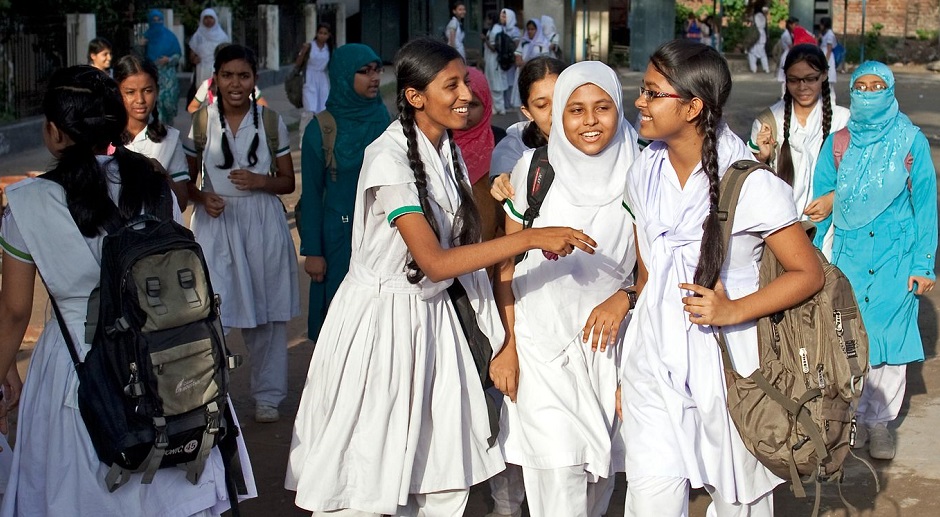 Women & girls’ health & other vulnerabilities during the Covid-19 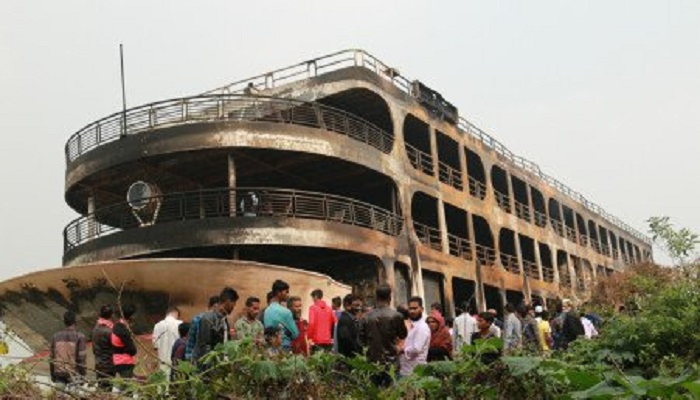 Causes and Prevention of Maritime Accidents