Dhaka, Oct 31: The European Union wants to bring greater dynamism in its relations with Bangladesh engaging deeply in every way stating that “sky is the limit” when it comes to cooperation in boosting trade and investment.

“Sky is the limit when we cooperate with…the world is changing very quickly. The European Union is changing. Bangladesh is changing. We’ve to make sure that our relationship reflects that change,” Ambassador and Head of Delegation of the EU to Bangladesh Charles Whiteley told UNB in an interview.

The Ambassador, who came back to Bangladesh after 12 years of his first posting here, said he wants to see the growing relationship between Bangladesh and the EU “deepened politically” engaging all segments of Bangladesh society, civil society and with robust trading ties.

He said the relationship needs to be characterized in terms of new challenges and exploring opportunities in the digital sphere.

“Bangladesh has such a big batch of young people who are educated and tech savvy. That’s a huge resource for Bangladesh. We want to be with Bangladesh on that journey,” said the envoy.

The EU diplomat said they want to see a “wave of investment” in Bangladesh from Europe with a level-playing field in place after addressing the challenges. “We’ll be working together as partners.”

He said there are so many areas where European countries would like to invest in Bangladesh and the two countries are working to address the issues for better business and investment climate in Bangladesh. “There’s a commitment to do that.”

The EU-Bangladesh Business Climate Dialogue was initiated in May 2016 with the aim to jointly remove impediments that obstruct EU trade and investment in Bangladesh.

The Ambassador said the Bengal tiger is actually seeking investment and definitely more work needs to be done.

Responding to a question on the EU strategy on the Indo-Pacific region, the Ambassador said the growth is happening in the region and it is a vast area.

“The Indo-Pacific strategy really ties in well with our new priorities to Bangladesh. There’s an opportunity to inject more energy into the Bangladesh-EU relationship,” he said, highlighting the importance of connectivity, green transition, free trade and people to people link.

A joint communiqué on the “EU Strategy” for cooperation in the Indo-Pacific has been adopted recently, saying the European Union is stepping up its strategic engagement with the Indo-Pacific region as the region is increasing in strategic importance for Europe.

The EU thinks the future of the EU and the Indo-Pacific is interlinked. The EU is already the top investor, the leading development cooperation partner and one of the biggest trading partners in the Indo-Pacific region.

Ambassador Whiteley said they will be deeply engaging in renewable energy, regional energy and will help the transformation of Bangladesh energy system.

He said there is a lot of energy behind the relationship with development cooperation and trade benefits are there in place.

But Whiteley wants to move ahead to have a “more dynamic relationship” keeping in mind the emerging issues like connectivity, artificial intelligence, energy, renewable and climate change.

“In all those issues, Bangladesh is working with many of the partners. I want the EU to be central to that climate issue - green transition and prosperity,” said the EU envoy.

The EU Ambassador said basically the GSP plus will be exactly the same in terms of benefits if they compare with the Everything but Arms (EBA), an initiative of the EU under which all imports to the EU from the Least Developed Countries are duty-free and quota-free, with the exception of armaments.

The EU, Whiteley said, as a long standing partner of Bangladesh, will continue to support Bangladesh to make that happen by investing in that process.

“We’re very happy that EBA has helped Bangladesh. Everyone says - thank you EU for the EBA. I say thank you Bangladesh for the high quality clothing that we get from Bangladesh. It’s a very important point. We need Bangladesh’s clothing,” he said.

Clearly now, the Ambassador said, things are changing and the Bangladesh economy is evolving while the EU wants that success story to continue because they benefit from it.

“It’s important for Bangladesh to diversify its export market. I think lots of work are going on that front,” Whiteley added.

Bangladesh suggested an extension of the existing DFQF market access for Bangladesh in the European market by nine years beyond the three years of leeway after the graduation. Bangladesh can still enjoy the duty-free quota-free market access after 2026 up to 2029.

“That (Bangladesh’s graduation) will present new challenges and also new opportunities. The transition period is set to 2029. I would underline that GSP plus is quite a complex thing. Nine countries can benefit from GSP plus now,” said the envoy.

Whiteley is pleased that the import share criteria have been removed meaning the removal of one potential barrier to Bangladesh.

He said the ratification of the required international conventions is just one issue but implementation is the key.

“We want to maintain a very healthy trading relationship and we’ll support Bangladesh on rights, governance, and labour standard fronts,” Whiteley said, adding that Bangladesh’s transition is a critical period.

Bangladesh has a significant number of green certified factories, which the Ambassador thinks is a real selling point. “I would say it’s almost a unique selling point. I’m sure the prosperity of the garment sector is there with investment in future technology, educating the workforce and green standards.

Ten years down the line, Bangladesh will still be a world leader but it needs to make sure when shirts are bought from Bangladesh it is done in the most environmentally compliant way.

Talking about democracy, governance and human rights, he said these are just not the EU values but international values.

Whiteley said human rights, democracy and governance are part and parcel of their relations with every partner country.

“We’ve such a deep relationship. We’ve a very constructive dialogue on human rights issues with Bangladesh. Bangladesh has accepted various recommendations and is working on those. That’s an example of openness,” said the envoy.

He said they, as a partner of Bangladesh, work together on human rights in a constructive way in the spirit of partnership. “It’s very encouraging to see that Bangladesh is also very open to that.”

he Ambassador said the EU is one of the largest donors in the Covax facility and through that facility vaccine doses have been allocated for Bangladesh.

The EU pledged to donate at least 100 million Covid-19 vaccine doses to countries in need by the end of  2021.

Whiteley said vaccines are the key weapon to address the pandemic but a functioning health system is critical.

Looking at Bangladesh’s track record in dealing with the Covid-19 pandemic, the envoy said it is remarkable to see how this country has not seen such large-scale deaths that many western countries have seen.

That speaks to the resilience of Bangladeshi people and efforts here to address the pandemic,” he said, adding that he understands the rate of vaccination is still relatively low in Bangladesh but the government has planned to scale it up very quickly.

He said though the Covax instrument is the key, they have seen a number of countries like the Netherlands, Bulgaria and Germany have delivered quite a large number of vaccines to Bangladesh.

“We’re learning the lessons and we’re working together with the international community. We can be optimistic now in terms of controlling the pandemic,” Whiteley said.

Ambassador Whiteley, who is so impressed by the “dazzling smile” from even a rickshaw-puller, says the warmth is still there. “I came back because I feel welcomed here. We’ve a great partnership with the people, Bangladesh and the civil society.” 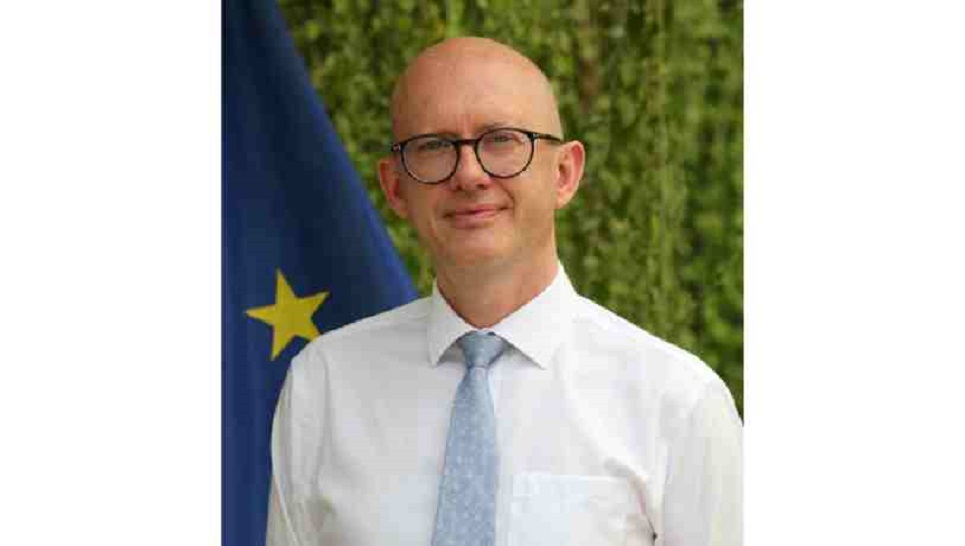