SRK 'teary-eyed' as Aryan, 2 others get bail after 25 days

MUMBAI: The Bombay high court on Thursday granted bail to 23-year-old Aryan Khan, son of actor Shah Rukh Khan, his friend Arbaaz Merchant and Munmun Dhamecha, a model from Madhya Pradesh, in the case of alleged seizure of drugs from a cruise liner on October 2. All of them have spent 25 days in custody.

Shah Rukh Khan (55) had tears of joy when he heard the news of his son's liberty being secured, said senior counsel Mukul Rohatgi.

Rohatgi also said that Shah Rukh even made notes to assist the legal team.

The detailed order of the high court's single-judge bench of Justice Nitin Sambre, with conditions of bail and the amount for surety, would be out on Friday. This means the three will spend another night in jail.

Additional solicitor general Anil Singh, who appeared for the Narcotics Control Bureau (NCB), argued for over an hour where he opposed the bail pleas, saying, “Aryan Khan is a regular consumer of drugs. There is evidence to prove that he has been providing drugs.” Singh said, “It was a party. My learned friend is saying why we have arrested on October 2 on Gandhi Jayanti… The arrest was not invalid. The order of remand was never challenged on grounds of illegal arrest, so far. Not even one of the three remand orders of the magistrate was challenged, now belatedly they cannot say arrest is illegal.”

At the hearing of the bail plea of the trio, senior counsel Amit Desai, appearing as lead counsel for Merchant, along with advocate Taraq Sayed, had on Wednesday termed the very arrests of the three as “illegal” as no notice under section 41A of the CrPC was issued to first seek an explanation since alleged recovery of charas was small and attracted less than a year’s punishment. Singh said tampering can’t be ruled out as “the affidavit by awitness named a person”. He did not name the person himself, though he was referring to Prabhakar Sail’s affidavit in which he has alleged a Rs 8-crore payoff to an NCB official and mentioned Pooja Dadlani, Shah Rukh Khan’s manager. 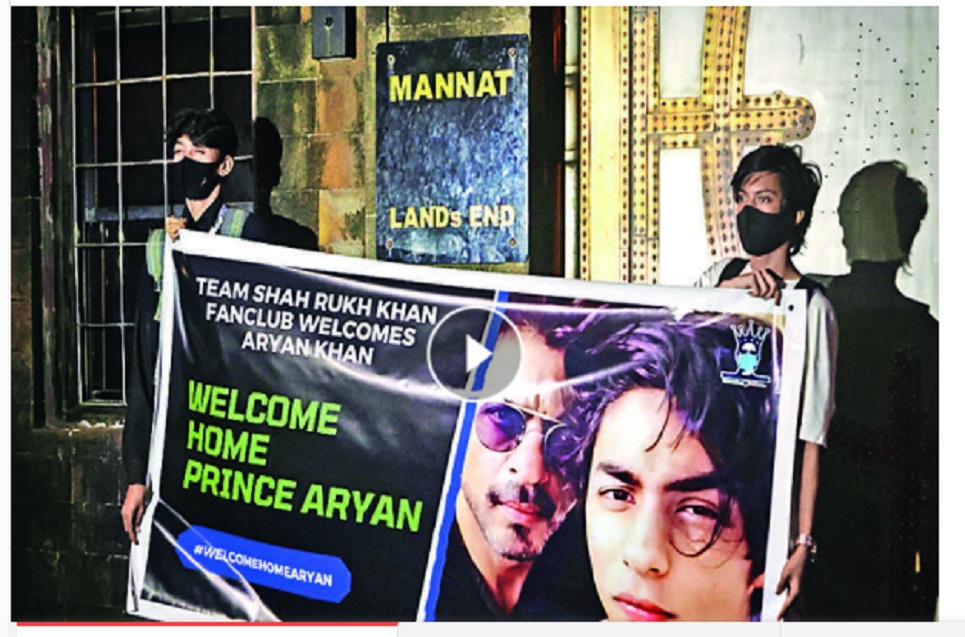 SRK 'teary-eyed' as Aryan, 2 others get bail after 25 days