Bangladesh Embassy in the United States hosted a reception in honour of French philosopher and intellectual Bernard-Henri Lévy, a great friend of Bangladesh and a valiant freedom fighter who fought for the cause of Bangladesh in 1971.

Ambassador M Shahidul Islam in his welcome remarks said that Bernard-Henri Lévy was one of a hundred youths who answered famed former French Minister Andre Malraux’s call for an international brigade to support Bangladesh’s liberation struggle in 1971.

“Although the proposed International Brigade never came into existence, Lévy was the only one who actually made it to the then East Pakistan, forming a one-man international brigade,” he added. 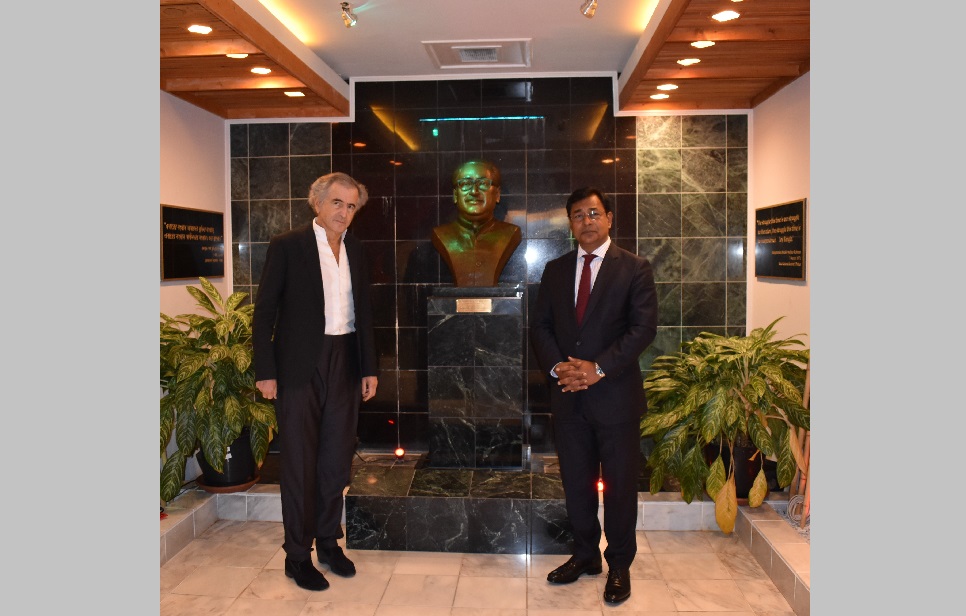 He said that Bangladesh is an example of tolerance and a model in the world for respecting minorities and their rights.

Lévy lauded the humanity and humility extended by Bangladesh to the sheltered Rohingyas who fled Myanmar to evade genocidal atrocities. He compared the approaches and policies of Bangladesh in the camps in Cox’s Bazar to that in the refugee camps in Lesbos, an island in Greece, which he visited in 2020 before visiting Cox’s Bazar.

He said that the wealthy West has many things to learn from Bangladesh as regards democratic values and humanity towards the immigrants.

Later, a documentary on Bangladesh, part of a movie based on the latest book written by Lévy – The Will to See, was screened at Bangabandhu Auditorium of the Embassy.