Korea is committed to strengthen Infrastructure Partnership with Bangladesh

South Korean Ambassador Lee Jang-keun has said Korea is a natural partner for Bangladesh’s development of infrastructures and committed to further strengthening the partnership with Bangladesh in infrastructure area.

He said infrastructure development is the key to the success of Bangladesh’s economic development and to the achievement of its grand vision to become a developed nation by 2041.

Ambassador Lee told this while delivering a key-note speech at the Infra Projects Road Show 2021 hosted by the Korean Embassy in cooperation with KOTRA Dhaka office, at the Intercontinental Hotel on Wednesday (Oct 27).

He added “I believe infrastructure area can and should be the next RMG sector, another success story of economic cooperation between the two countries. And I think infrastructure can be an area which could take our bilateral ties into a new height in the coming decades.”

The Secretary and CEO of PPPA, Sultana Afroz, appreciating collaboration in infrastructure between the two countries, particularly through PPP platform, mentioned this road show would provide a valuable opportunity to see the progress of the partnership and the potential projects. 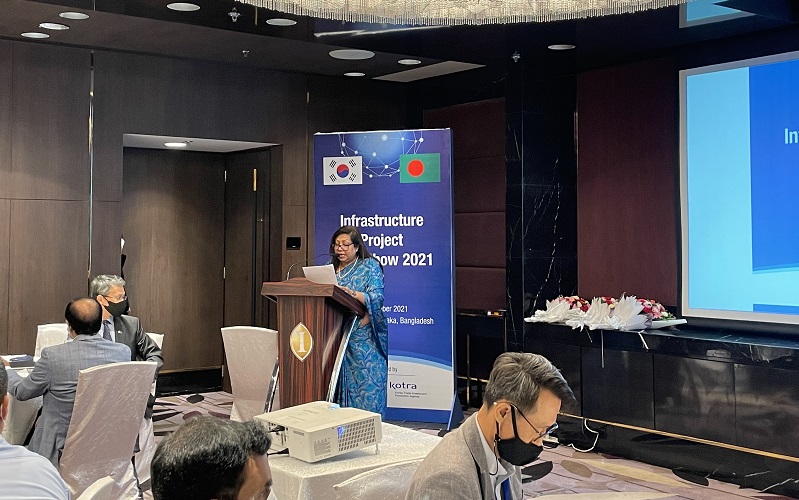 Speakers from other Bangladesh authorities also introduced their projects and expressed their willingness to closely cooperate with Korean partners. 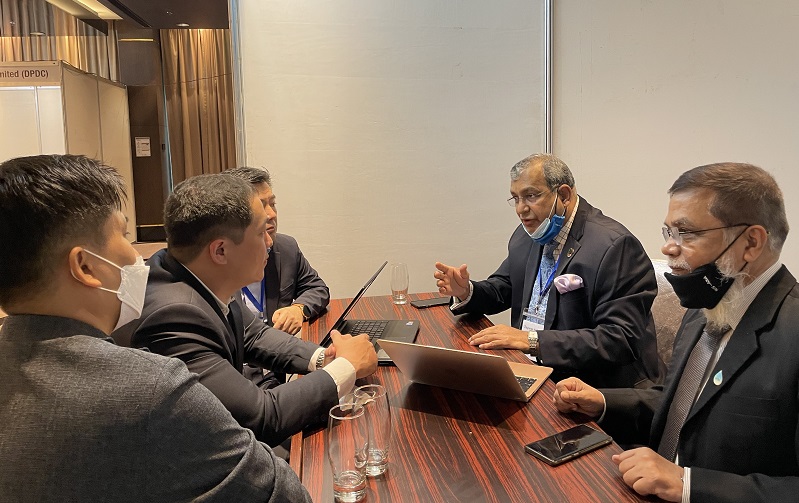 Bangladesh contractors and Korean companies sat together to explore potential opportunities for cooperation in the field of infrastructure projects in Bangladesh through in-person and virtual one-on-one meetings.

Korea has been a longtime partner in Bangladesh’s infrastructure projects. The first project even dates back to early 1970s.

When Bangladesh declared independence in 1971, a Korean company was building a highway between Dhaka and Chittagong.

According to the statistics, Ambassador Lee said Korean companies participated in 210 infrastructure projects to this date including Jamuna Multipurpose Bridge project built by Hyundai Construction in 1990s, which was the 11th longest bridge in the world and the longest in Asian continent, and more importantly name after Bangabandhu and inaugurated by Prime Minister Sheikh Hasina in June 1998.

“The Bangabandhu Bridge then was the pride of Bangladesh (like the Padma Bridge today),” he added.

The Korean envoy said during his search of diplomatic archive regarding the beginning of the Korea-Bangladesh relations in early 1970s, “I found an interesting fact that in 1971 when Bangladesh declared independence, there was a Korean company which was building a highway between Dhaka and Chittagong in 1971. I was surprised to find this fact.”

“When Korean government discussed on the diplomatic relations with the newly independent Bangladesh, securing this Korean company’s business interest was an important condition we asked to then Bangladesh government,” he said adding  “the history and story of infrastructure collaboration between our two counties have moved on since then.”

According to the Korean embassy press release, major Korean construction and engineering companies such as Samsung, Hyundai, POSCO, GS, Halla, Taeyoug, Heelim, Dowhaare operating their offices in Dhaka and actively participate in infrastructure projects in Bangladesh.

In order to strengthen cooperation in infrastructure, the two countries have launched PPP (Public-Private Partnership) platform in 2019 and identified recently five projects to be implemented under this framework including Meghna Bridge project.