A Ro Ro ferry with 17 goods-laden trucks and several other light vehicles tilted and sank partialy at Ferry Ghat No. 5 of Paturia dock on Wednesday.

The accident occurred around 9:00 am when the vessel, Shah Amanat, was preparing to anchor at the dock.

The ferry was heading towards Aricha from Rajbari’s Daulatdia ghat and was carrying trucks, vans and motorcycles, sources said. 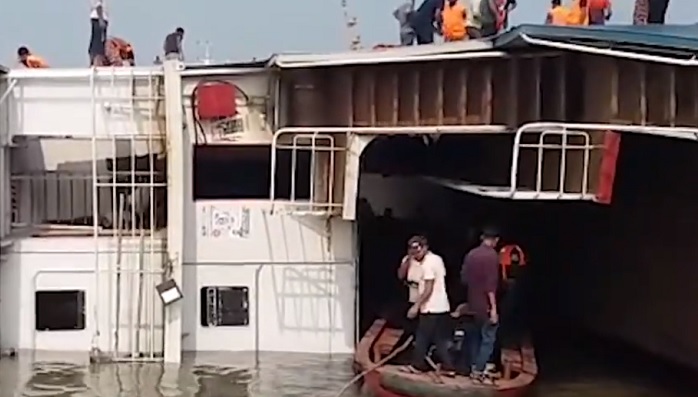 Some of the people on the ferry managed to swim ashore when it sank, the sources said.

Upon receiving the news, the diving unit of the fire service was working on the spot, the soerces added.

The ghat was blocked after the ferry tilted, he said, adding that the authority is trying to solve the problem.

He hoped that the situation would be normal within a short period.

The official said no casualty was reported so far. 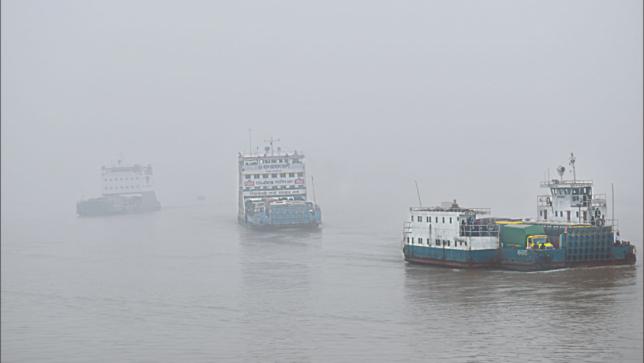 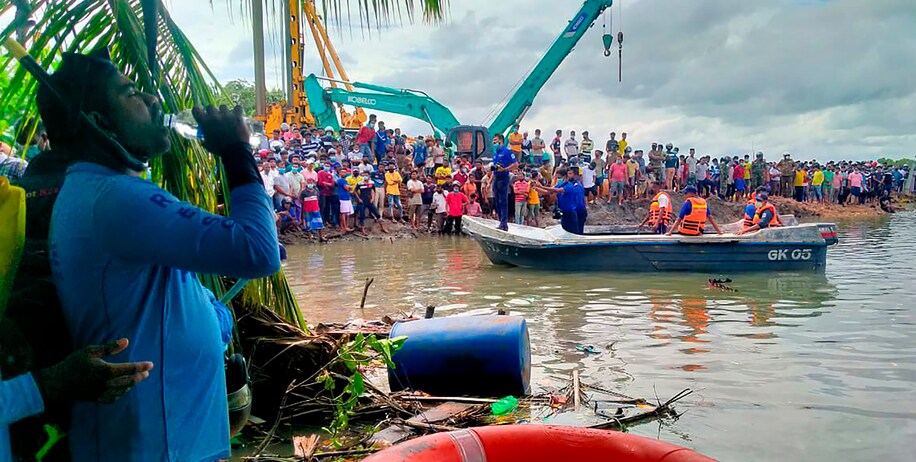 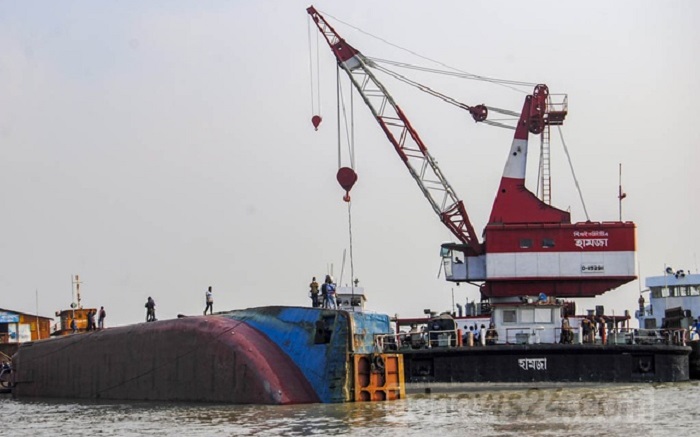 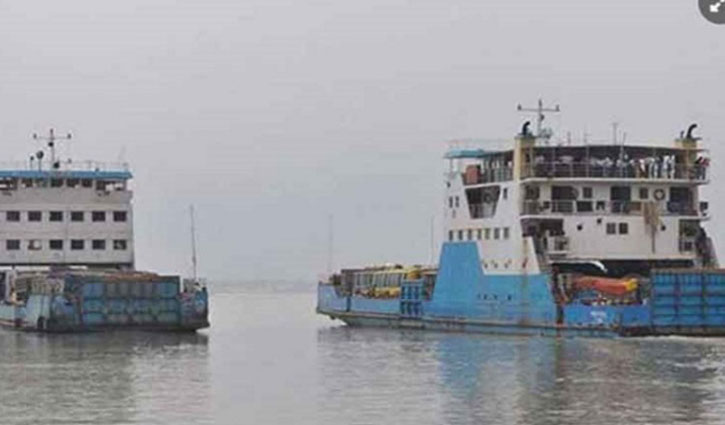 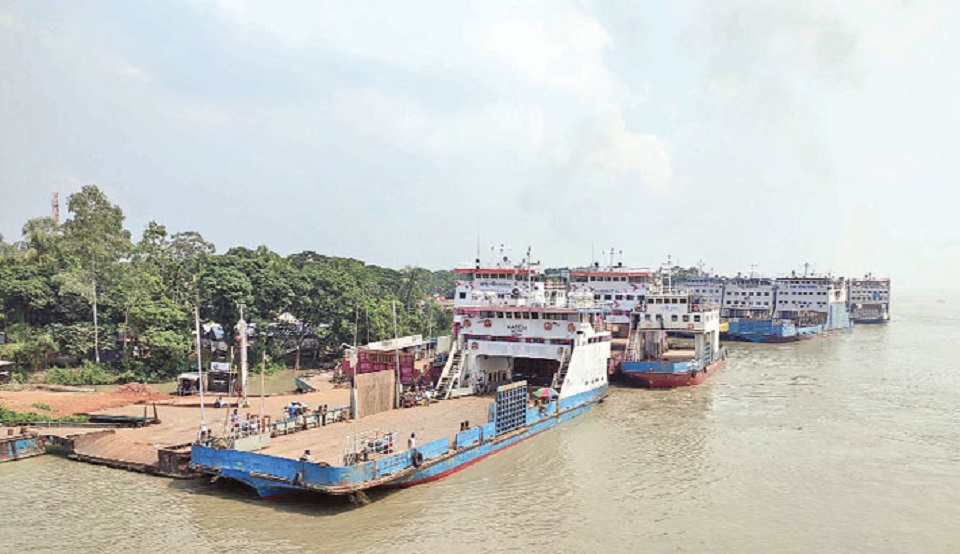 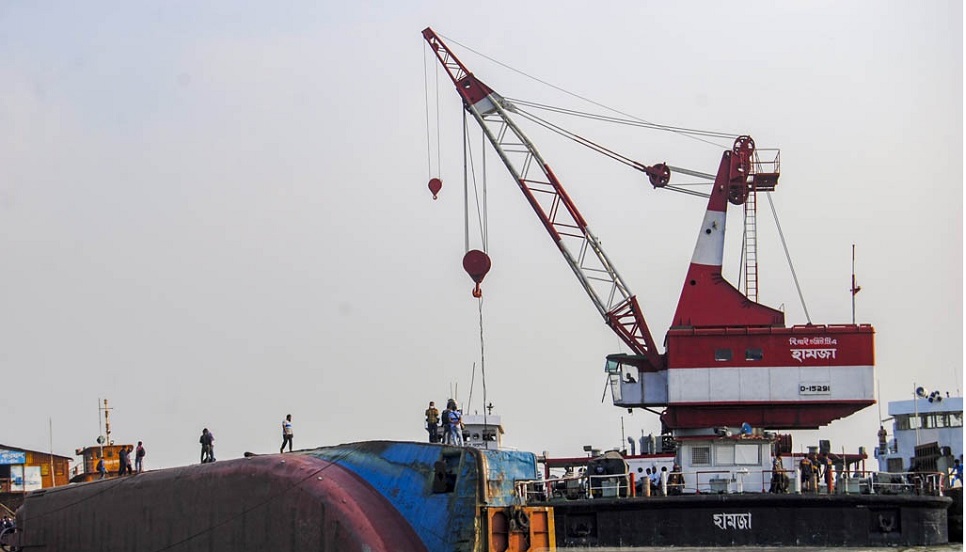 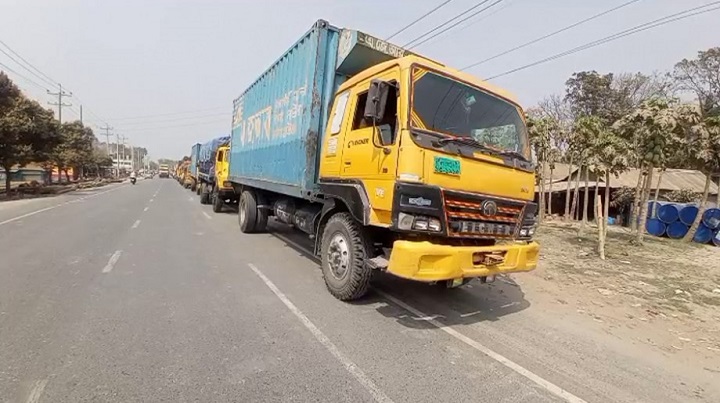 Long queue of vehicles at Daulatdia due to ferry crisis, drivers suffering