The government and the ruling Awami League have taken a bunch of measures to ensure security of the Hindu community and rehabilitate the families affected by the recent attacks on them.

Prime Minister Sheikh Hasina, also the President of Awami League, has directed the authorities concerned and her party leaders to take steps for rehabilitating the Hindu families, who fell victim to the recent attacks.

The government and the ruling party have provided cash assistance, foods, clothes, other essential commodities as well as construction materials for the Hindu families to rebuild their houses damaged by the attacks.

On Thursday at a programme from her official residence at Ganabbhaban, Prime Minister Sheikh Hasina assured that the Hindu houses damaged by the attacks will be rebuilt.

“Proper measures have already been taken for the affected Hindu families,” the premier said, adding that none involved in the attacks on the Hindu temples and houses will be spared.

Following the alleged desecration of the Holy Quran in Cumilla on October 13, attacks were carried out on Hindu temples, houses and business establishments in different districts, including Chandpur, Noakhali, Feni, Chattogram and Rangpur.

The government has taken a ‘zero tolerance’ policy against those trying to destroy country’s communal harmony, sources at the home ministry said, adding that culprits behind the attacks on Hindus will be brought to book.

A total of 102 cases have so far been filed against 20,619 people in connection with violence against Hindu community. Law enforcers have arrested 584 people and drives are underway to nab the remaining offenders, the sources said.

In a bid to boost confidence and ensure safety of Hindu community, vigilance of law enforcers have been strengthened across the country, and the ruling party men are aiding them with their all-out efforts.

The ruling party has already held communal peace rallies and harmony procession across the country, including the capital, on Tuesday, protesting the barbaric attacks on Hindus.

Several ministers, senior AL leaders, lawmakers, high government officials and officers of law enforcement agencies visited the affected areas in the past few days following the directives of the premier.

“Bangladesh is a land of communal harmony and none will be allowed to destroy it,” he added.

Social media and online media are being monitored constantly, and over two dozens of people, including an assistant professor of Begum Badrunnessa Government Girls College, were arrested for their alleged involvement in spreading rumors using false information, according to the police headquarters.

The Ministry of Local Government and Rural Development gave directives to all the public representatives, including Union Parishads, Upazilas, municipalities, Zilla parishads and city corporations, to remain vigilant and play their due role in maintaining peace and harmony in their localities.

The LGRD ministry is scheduled to hold a virtual meeting with all public representatives on Sunday.

Meanwhile, police detained a man suspecting him to be Iqbal Hossain, who allegedly placed the Holy Quran in a Cumilla puja mandap that triggered violence against the Hindu community in different places of the country.

The Ministry of Religious Affairs held meetings with leaders and preachers of major religions in the past several days and directed them to raise mass awareness, motivate people and disseminate the essence of communal harmony for maintaining peace, said acting secretary of the religious affairs ministry A Awal Howlader.

After the incident, State Minister for Religious Affairs Faridul Huq Khan affected families and distributed Tk 10,000 in cash among 61 families alongside providing baby foods and cattle feed at Pirganj in Rangpur, where a mob carried arson attack on the villages of Hindu people following an alleged offensive status on facebook by a youth of the community.

The Ministry of Disaster Management and Relief allocated 100 bundles of corrugated iron sheets, Tk 445,000 for house rebuilding and distributed 1200 packets of foodstuffs as humanitarian assistance for the affected Hindu families, said secretary of the ministry Md Mohsin.

Bangladesh Red Crescent Society (BRCS) has set up a number of tents to give shelter to the Hindu people whose houses have been damaged by the recent attacks.

Information and Broadcasting Minister Dr Hasan Mahmud also visited the affected Hindu families and distributed TK 5,000 in cash and 20 kgs of rice among them at Pirganj.

Mentioning that on behalf of Awami League, cash, food and clothes have also been given to the victim families, Biplab Barua, also a special assistant to the premier, said a AL team led by party general secretary Obaidul Quader will visit affected areas soon. 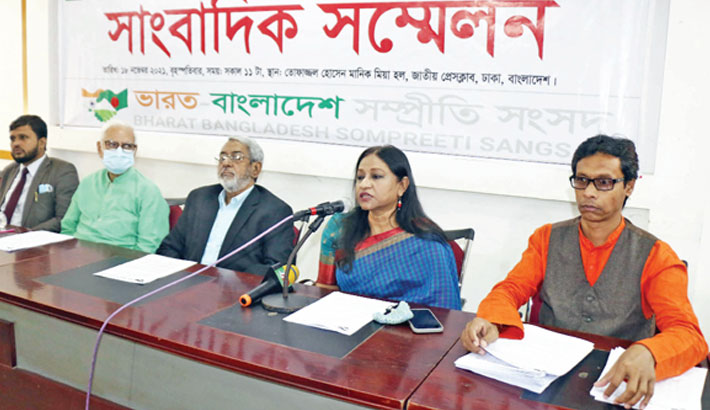 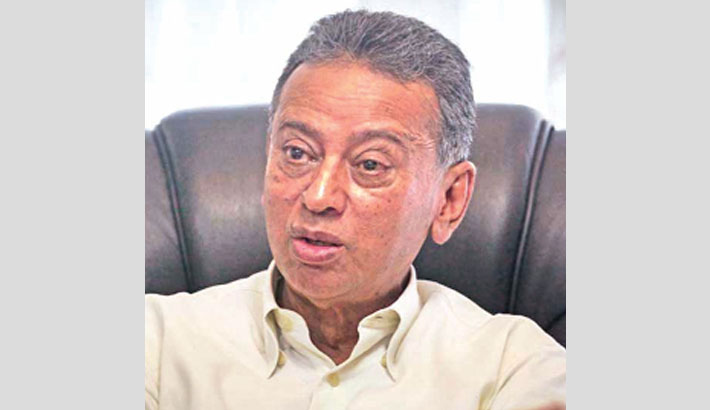 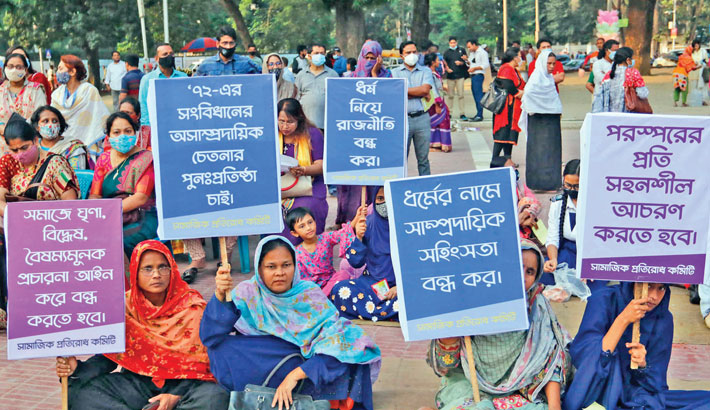 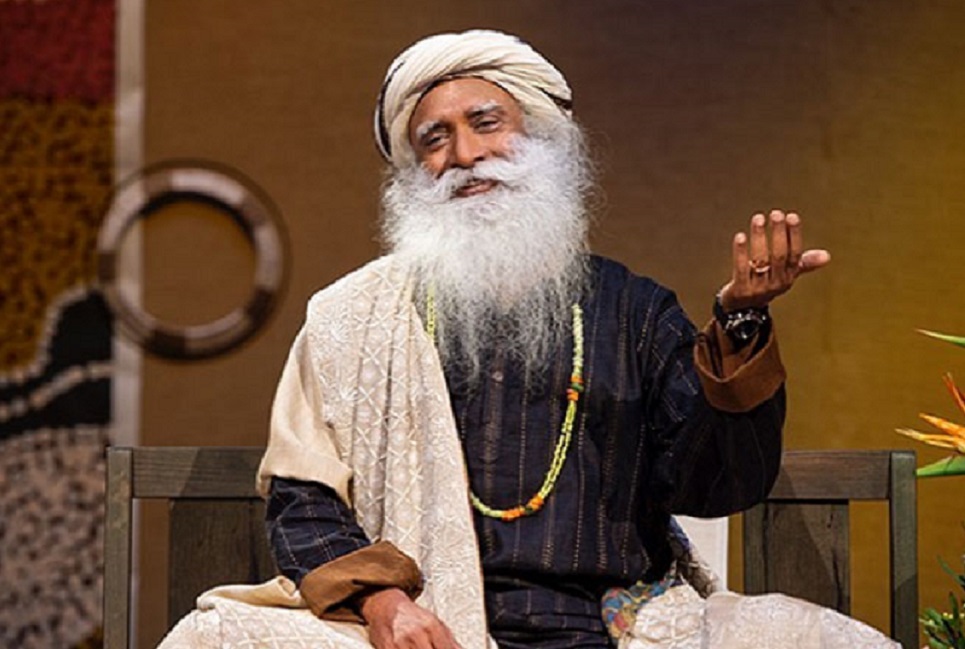 Sadhguru rejects blanket accusation of Hindus being attacked in Bangladesh