Riding on a hat-trick by Indian player Avishek, Mariner Young’s Club emerged unbeaten champions of Group B after crushing Sonali Bank Sports and Recreation Club by sensational 10-0 goals in their third match at the Maulana Bhashani National Hockey Stadium in the capital on Tuesday.

Avishek scored four goals for the team to complete his hat-trick in the 21st, 32nd, 36th and 57th minutes of the game while Milon Hossain netted twice in 24th and 50th minutes and Sohanur Rahman, Harshdip Kapoor and Sukjeet King added one goal each in the 6th, 51st and 55th minutes.

In the day’s other match, Azad SC beat Bangladesh SC by 5-4 goals at the same venue.

Mariners will take on Group A runners-up Mohammedan in the second semifinal while runners-up Sonali Bank will play against Group A champions Abahani Ltd Dhaka in the first semifinal of the tournament tomorrow, both at the same venue. 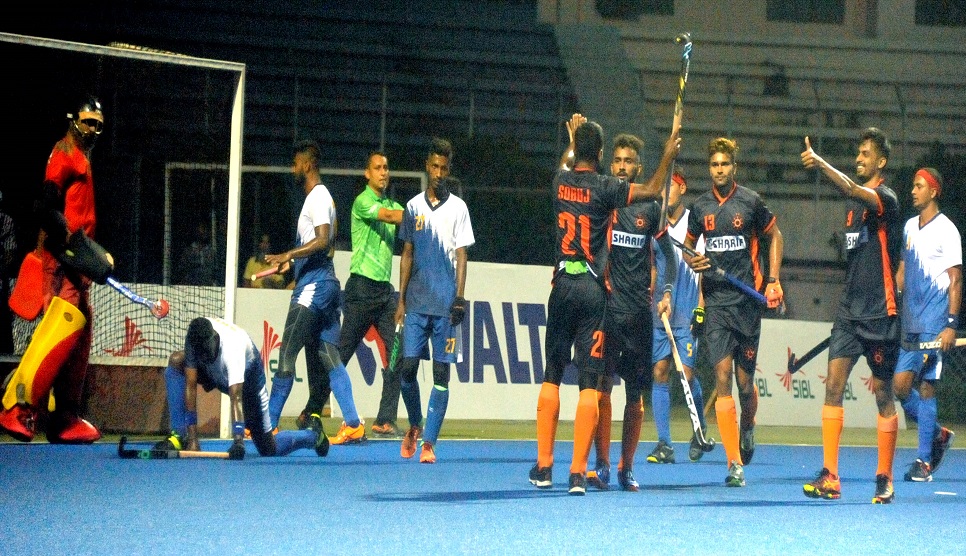