Bangladesh and the United Nations are likely to sign a formal document on Saturday to find ways for UN engagement in Bhasan Char demonstrating support to the government’s massive investment there to ensure better living for Rohingyas, officials said.

“We’re expecting that the MoU will be signed on Saturday morning if there’s no last-minute change,” a senior official told journalists, mentioning that things are finalised.

However, he did not elaborate further what will be the nature of UN engagement in Bhasan Char and the specific areas of cooperation.

The numerous challenges associated with the temporary hosting of persecuted Rohingyas from Myanmar have compelled the government of Bangladesh to plan the relocation of 100,000 Rohingyas to Bhashan Char, according to the Ministry of Foreign Affairs.

So far, nearly 20,000 Rohingyas have moved to Bhasan Char since December last year in a number of groups.

On Wednesday, Foreign Minister Dr AK Abdul Momen said the operational engagement of the UNHCR, the UN refugee agency, in Bhasan Char will begin soon.  “Everything is final. It has been done as agreed.”

Recognizing Bangladesh’s massive investment in Bhasan Char, UN Resident Coordinator in Bangladesh Mia Seppo said there has been, rather, a lot of negative coverage about Bhasan Char and it is important that they have somehow managed to move away from that.

She said they want to be partners in trying to create something so that everybody can live and the conversation that they are having now is important.

Regarding the proposed Memorandum of Understanding (MoU) to engage in Bhasan Char, Mia said there are protections and humanitarian imperatives and they are obviously looking to support the massive efforts of the government in Bhasan Char.

“We’re also looking to really work with those Bangladeshi NGOs who’re already in Bhasan Char and providing services,” she said, indicating that they will be joining this partnership as soon as they have agreed on the MoU.

Mia indicated that this will be a little bit different from their role in Cox’s Bazar as what she says the history of these two is a bit different.

Responding to a question on fleeing Rohingyas from Bhasan Char, Dr Momen said the Rohingyas naturally want to go to their home in Myanmar and they have relatives in other countries.

“They’re contacting their relatives in other countries,” he said, adding that Bangladesh did not bring them here with any “invitation”.

Bhasan Char, a temporary shelter for Rohingyas until repatriation, remained unhurt with no casualty to personnel and livestock during recent cyclones, officials said.

During his recent visit, former United Nations General Assembly President Volkan Bozkir highly appreciated Bangladesh's efforts for Rohingyas in Bhashan Char, saying it will be another example to the world on how to deal with refugee issues.

“I really applaud the work done there – the quality of buildings and also taking all the precautions. I think this will be another example to the world on how to deal with refugee issues,” he said.

Bozkir hoped that this would work well for the Rohingya people, giving them a better condition in Bhashan Char.

The government re-emphasized that Bhashan Char is completely safe and suitable for human habitation.

The 30-year-old island has all the amenities, including healthcare, drinking water, options for economic activities and cyclone shelters, it said.

The island offers enough space for the free movement of the Rohingyas.

Officials at the Ministry of Foreign Affairs said it should be remembered that Rohingyas are Myanmar nationals and Bhasan Char and Cox's Bazar camps are temporary arrangements.

Bangladesh has been hosting them on a temporary basis purely out of humanitarian gesture, said an official, adding that any arrangement in Bangladesh for Rohingyas is solely temporary in nature.

Rohingyas want to return to their homeland - Myanmar - and all need to work constructively to that end," he said, sharing Bangladesh's position. 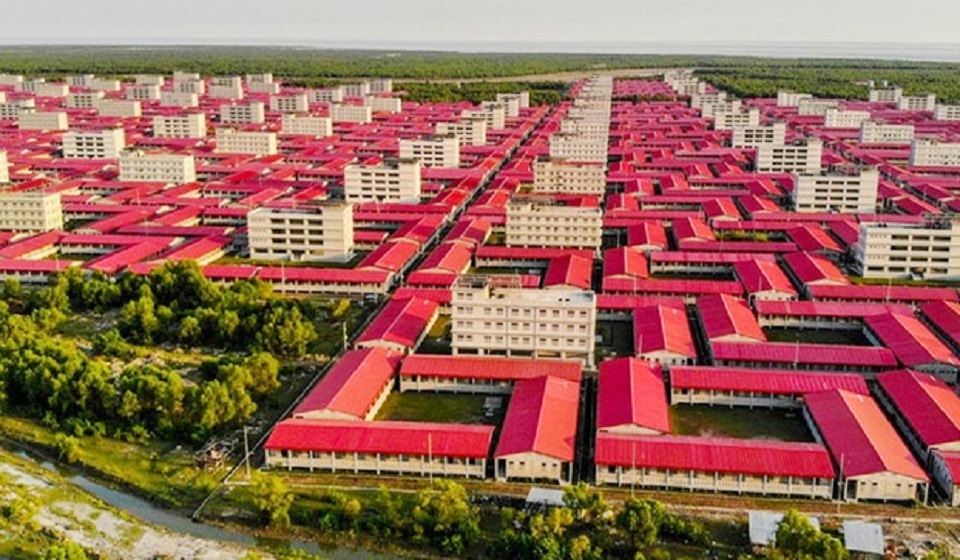