Throwing stones at running trains is still commonplace in different places of the country though Bangladesh Railways (BR) has taken a lot of measures to address the problem.

Meanwhile, the BR authorities have requested law enforcement agencies to increase vigilance along nearly 2,877km rail lines across the country as some 110 moving trains have been stoned on different routes in the last nine months.

Railway Minister Nurul Islam Sujan said on Sunday that throwing stones at moving trains is a terrible problem as train passengers and staff members are being injured.

Such the incidents also happen in developed countries, including the United States and New Zealand, he added.

“We want to get rid of this situation,” the minister further said.

Dhirendra Nath Mazumder, director general of the BR, told the Daily Sun that they have been carrying out an awareness campaign against train stoning.

“It’s not possible to guard all the railway lines. We’ve already directed the Government Railway Police and Railway Nirapatta Bahini to look into the matter.”

“Railway Nirapatta Bahini and Government Railway Police are conducting drives to arrest culprits and we’re holding awareness programmes to make people aware about this,” he added.

In the latest development, stones were thrown at Gopalganj-bound Tungipara Express train in Boalmari station area of Faridpur district on September 25.

Tamanna Tanni, a second-year student of Bangabandhu Sheikh Mujibur Rahman Science and Technology University (BSMRSTU) in Gopalganj, was injured in the incident.

Witnesses said Tamanna was going to Gopalganj from Rajshahi by train. After the train crossed Boalmari railway station, Tamanna suddenly screamed with her hands on her head.

Hearing her screaming, other passengers rushed to her and saw bleeding on her head. She was immediately given first aid on the train and later admitted to Gopalganj General Hospital.

On the same day, stones were also hurled at Jamuna Express in Gafargaon station area of Mymensingh.

Sub-inspector Shahadat Hossain of Gafargaon GRP outpost said, “Jamuna Express from Dhaka to Jamalpur was moving slowly in the outer signal area of the station. At this time, someone from the slum area threw stones. The stone hit the forehead of passenger Anwar Hossain.”

Besides, Assistant Loco Master Kausar Ahmed was badly injured as stones threw at his running train in Kishoretganj on September 3.

Kausar has been running trains for nearly seven years. On the way from Kishoreganj to Dhaka, stones were hurled at Kishoreganj Express train before entering Bhairab station.

Before he understood anything, the window glass of the train was broken and pieces of broken glass fell into Kausar’s eyes.

Blood was coming out of his eyes. Within minutes the train stopped at Bhairab station. He was later taken to a local hospital.

From there, after initial treatment, he was rushed to a hospital in Dhaka. Although his eyes were not damaged in the incident, he is still terrified.

Kausar said, “I’ve seen stones thrown at trains at different times before. However, I was never injured. This time I suffered from it myself. Although pieces of glass have been removed from the eye, there is some problem in the right eye.”

Incidents of pelting stones at running trains have turned out to be life-threatening for both commuters and railway staff.

Sources said a number of people have been killed and injured in the train stoning in the last few years.

The repeated incidents of stoning running trains are making the railway authorities worried as the incidents are turning journeys unsafe. Punitive measures against miscreants cannot be taken as the criminals were not identified in most cases.

“From January to September this year, stones were hurled at 110 moving trains on different routes of Bangladesh Railway. As a result, 103 glass windows of the train were broken. At least 29 passengers were injured,” the railway minister said.

A number of railway officials said most of the incidents occurred from slums along the railway tracks. Sometimes children throw stones while playing.

The train journey which was considered as a safe compared to any other public transport but now it has become risky due to throwing stone at the running train.

Many people consider the train safer than any other public transport. But the increasing number of stones throwing on the train is causing panic among the passengers.

Although railway authorities were working on the issue, including awareness rising by distributing leaflets, pasting posters, and awareness speech through loudspeaker but the incident of throwing stones at the train could not be prevented.

As a result, the railway remains unsafe. Railway workers have also been killed and injured in stone throwing in the past.

According to the Railways Act, 1890, anyone involved in activities that endanger the safety of a train passenger will be sentenced to up to 10 years’ imprisonment. If any passenger dies, there is a provision of hang to death under section 302. If the stone-thrower is a minor, then there is a provision to punish his guardian. However, in most cases no legal action is taken.

The railway minister said the areas prone to stone throwing at moving trains have been identified. Five places of four districts in east zone are at risk. The areas are Pahartali area of Chattogram, Sitakunda-Barbakunda area of the district, Fazilpur-Kalidaha area of Feni, Narsingdi, Jinardi and Ghorashal areas of Narsingdi district.

Recently, the incidence of throwing stones at moving trains has increased, so railway police have come to the field to find the stone throwers quickly.

Dhaka District Railway Superintendent of Police Saifullah Al Mamun has announced a cash reward of Tk 10,000 for information leading to the arrest of a person who threw stones at a moving train.

The Superintendent of Police further said, “We are also carrying out awareness activities to reduce stone throwing on trains. The school has opened, we will go there and do an awareness program. We are trying to convince people with the imams of the mosque that throwing stones is a serious crime. Let no one commit this crime. It can kill any innocent person.”

On August 15, 2021, a child named Ajmir Islam was hit in the eye by a stone thrown at a moving train in Syedpur upazila of Nilphamari and his eyes were damaged when the window glass was broken.

At present, the child cannot see anything in the distance with one eye. Doctors fear that the child may lose one eye sight within one and a half years.

Later, the master of Syedpur railway station Moinul Hossain filed a case with the railway police station in this regard. But in most cases no case or complain was lodged.

In 2018, a railway employee succumbed to his injuries on June 11, after a 41-day battle for life at the Bangabandhu Sheikh Mujib Medical University (BSMMU).

Bayezid Shikder, a Bangladesh Railway inspector, was on duty aboard a Benapole commuter train, on the Khulna-Benapole route on April 30 in 2018. When the Khulna-bound train was crossing the Daulatpur station area, some unidentified assailants pelted stones at the running train, injuring the inspector.

Bayezid was immediately flown by air ambulance to Dhaka’s Square Hospital with serious injuries to his skull. Later, he was transferred to BSMMU. The railway authorities have filed a case over the incident. 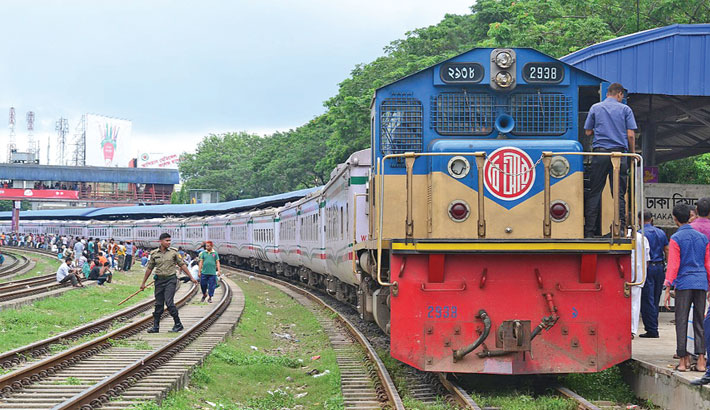 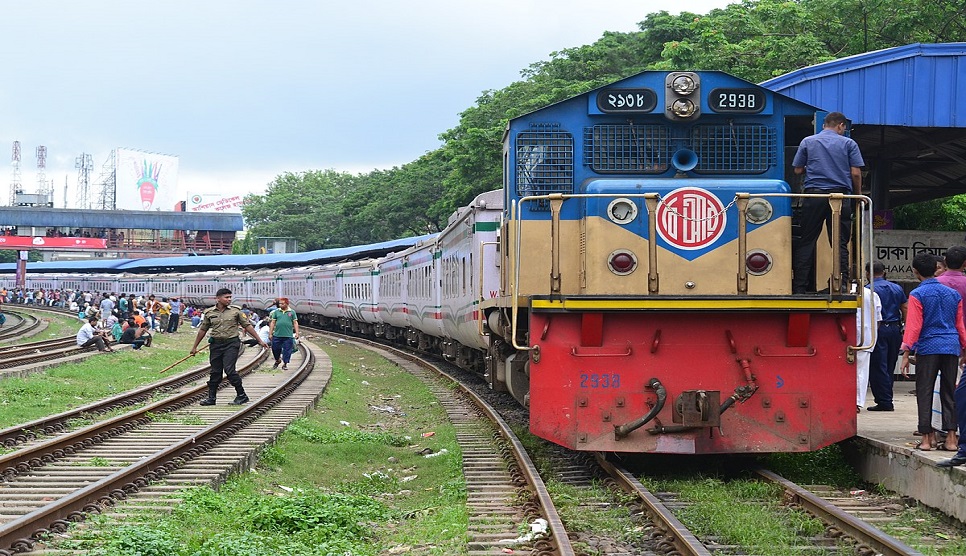